In September 2021 we learned how Hilton’s luxury Conrad brand would be making its debut in California in 2022. Well, this hotel is open as of this month, so I wanted to recap all the details of this new points option.

Conrad at The Grand LA details

The Conrad Los Angeles at The Grand LA has opened as of July 2022. The hotel is located in downtown Los Angeles, and features 305 guest rooms spread across 28 floors.

The Conrad has an elevated indoor & outdoor lobby with views of the Walt Disney Concert Hall, a 16,000 square foot rooftop terrace with a pool deck overlooking downtown, a 7,000 square foot spa with seven treatment rooms, a gym, several dining outlets, and 12,000 square feet of meeting and event space.

The dining outlets are in partnership with Chef José Andrés, and include the following:

For those not familiar with The Grand LA, this is a new billion dollar mixed-use development designed by Frank Gehry. It features 176,000 square feet of retail and dining space, more than 400 residences (in a separate 39 floor tower), and a public plaza with landscaped, open terraces.

What’s pricing like at the Conrad Los Angeles? Pretty steep. While prices vary seasonally and based on the day of the week, for most of the year rates start at $600+ per night. That reflects the market overall, I suppose, and how much hotel rates have gone up since the start of the pandemic.

If you do book a cash rate, I’d recommend doing so through Hilton Impresario, so that you can receive perks like a hotel credit, a room upgrade, complimentary breakfast, and more. Note that the Hilton Impresario rate will match the best flexible rate (that doesn’t include AAA rates, Hilton Honors member discount rates, advanced purchase rates, etc.).

If you’re looking to redeem points at the Conrad Los Angeles, it seems that the hotel is generally going for 90,000 Hilton Honors points per night when there’s standard room availability.

You can of course also redeem free night certificates at this property, which can be earned with Hilton’s co-branded credit cards. Since you can often acquire Hilton Honors points for ~0.5 cents each (also what I value them), I consider 90,000 points to be the equivalent of paying $450 per night, including all taxes & fees.

How this fits into Hilton’s LA portfolio

I’ve gotta say, Hilton is really doing quite well when it comes to luxury hotels in the Los Angeles area. In addition to the new Conrad in downtown Los Angeles, the company also has:

Beyond that, Hilton has literally dozens of other hotels in Los Angeles.

As far as this new Los Angeles property goes, there are pros and cons to downtown, and there’s no denying that the area has improved over the past couple of decades. While I like visiting downtown, personally it’s not where I prefer staying, though this does seem like a good option for those who are visiting the area.

When it comes to luxury hotels in downtown Los Angeles, the closest competitor is probably the Ritz-Carlton, located at LA Live.

There’s also supposed to be a Park Hyatt opening in downtown Los Angeles eventually, but that project has had serious issues. The development was announced in 2016, but construction at Oceanwide Plaza has been stalled for several years now, and there’s no end in sight, at least last I checked.

The Chinese development company behind the project was having issues with late payments and mechanics liens, and couldn’t maintain sufficient capital. So if the Park Hyatt Los Angeles does end up opening, it’ll be at least a couple of years down the road, and that’s probably even optimistic.

A 305-room Conrad hotel has opened in downtown Los Angeles. The hotel is located at The Grand LA, a new mixed-use development. This is a very nice luxury addition to Hilton’s portfolio, as Hilton now has luxury properties in downtown, Beverly Hills, and Santa Monica.

What do you make of the new Conrad DTLA? Would you consider staying there?

Would definitely be interested in a comparison review between the Conrad and the WA.

You forgot to mention there is also a fabulous spot called The Beaudry Room. Its essentially the Lobby bar but with double patios and full service cocktails and tappahs. The volcanic stone bar top and friendly service is there for anyone to enjoy from 11-11 currently. No resevation required. Definitely not something to leave out of the review!

I've stayed twice here at the DTLA Conrad...first visit was in July during their first week open. Then stayed again in late August. Love the location and 10th floor pool and restaurant/bar are a really nice retreat. Service is good but not great in that staff is young and unpolished. Used points first visit and cash+points second visit. We splurged and rented a cabana for half day but in reality had it from 11am to 7pm. The food and bev included was plentiful and very good. Service at cabana was terrific. 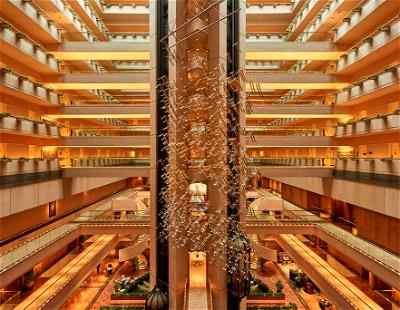 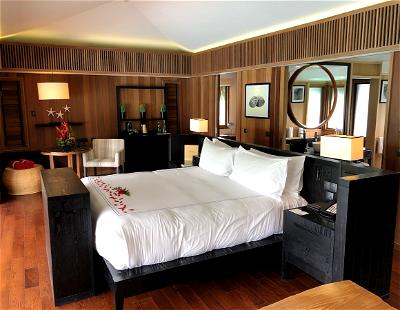 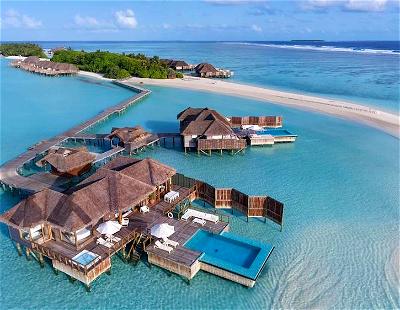 93
Outrageous: The Conrad Maldives Is Letting A Cruise Ship Use Resort