While the flight departed as usual, an alleged medical situation arose after takeoff — a Moroccan man became ill, and it was believed that he was suffering a diabetic coma. The pilots asked to divert to Palma de Mallorca (PMI), and sure enough, the plane landed there pretty quickly to offload the passenger so he could get medical attention.

Sounds like a pretty standard medical diversion up to this point, right? Well, here’s where it gets strange…

When the plane landed in Palma de Mallorca, not only did the passenger with the medical issue and his companion get off the plane, but 20+ other passengers also fled the plane. The passengers literally made a run for it across the tarmac, jumping over the airport’s perimeter fences.

This security beach caused the airport to be shut down for nearly four hours. As a result, a total of 13 flights had to be diverted, and on top of that 40 flights were significantly delayed.

Oh, and that ill passenger? He was discharged quickly, and detained on suspicion that he had faked the illness in order to illegally get into Spain. His travel companion also fled from the hospital. In the end, 24 people were involved in this incident, but only 12 have been detained. That means half of the people who escaped still haven’t been found.

After the diversion, the plane ended up returning to Casablanca with those passengers who didn’t try to make a run for it. I’m guessing at this point the crew would have timed out if the flight were to continue to Istanbul.

Was this an elaborate, orchestrated scheme?

This sounds like something straight out of a movie, and initially there had been questions about just how well organized this scheme was:

As more details emerge, it’s becoming clear that this was planned in advance:

It’s hard to imagine that this is a coincidence. What remains to be seen is if all two dozen passengers were in on this plan in advance, or if only some were, and then some decided just to make a run for it when they noticed what other people were doing.

One has to wonder if this could have long term effects for diversions, at least in some regions. Could crews become more skeptical of medical issues onboard? For flights that do divert with medical issues, will they now not only have to wait for an ambulance to show up, but also for police backup?

An Air Arabia Maroc flight diverted to Spain on Friday evening due to a passenger with an alleged medical issue. When the plane landed in Palma de Mallorca, around two dozen passengers escaped, literally making a run for it across the apron and towards the airport perimeter fence. This caused the airport to be shut down for nearly four hours.

It was later determined that the initial medical diversion was likely faked, and that this whole concept was planned in advance as a way of getting into Spain. At this point around half of the 24 people who got off the plane in Spain have been caught, while the others are still on the loose.

Is this the wildest diversion ever, or what?

The strangest non-diversion was when terrorists took over IAD's control tower to free a Central American drug lord dictator in custody. All incoming flights circled the airport for hours rather than fly into nearby Baltimore. An off duty NYPD officer saved the day.

Its one thing to get a visa for Turkey (or use on-arrival) and another for Schengen. The checks for flights departing to Schengen, UK, US etc are always stricter than to most other countries. Holding a "weak" passport, I can tell you our experiences are not as pleasant as others who can travel at will and get on-arrival or no-visa needed. And from my own experience living in certain parts of the world, you will be surprised at the human will for people to run away from the chaos of their home country for a peaceful life. Cheers!

This reminds me of all the times Pakistan International Airlines flight attendants have mysteriously disappeared, whereas in fact they have very likely broken free of their employer’s clutches and started a new life. 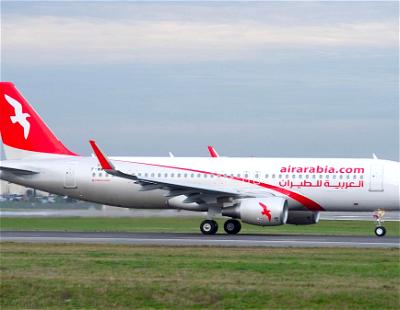