I’ve often received requested from readers asking for a post about what’s in my carry-ons. It’s something I should get around to doing, though I’m afraid it’s probably not very exciting. However, there’s something I figured I should share first, since a seatmate commented on this recently, and I didn’t realize just how ridiculous it may look.

I’m not the least bit materialistic, at least using the definition of “excessively concerned with the acquisition of material possessions.” I have a few travel gadgets that make my life better, but other than that there’s nothing material you can get that will make me happy. Don’t get me wrong, I like nice experiences, but physical things do nothing for me. They just clutter my life.

As a result my philosophy when it comes to material possessions is “if it ain’t broke, don’t fix it.” I don’t remember the last time I’ve been clothes shopping, and I realize that’s a problem. The other week Ford finally forced me to throw out a shirt that had about half a dozen holes in it.

That philosophy also extends to my passport holder. Over a decade ago United had the Silver Wings Plus program, which offered a bunch of bonus miles for signing up, along with a few other things, like a passport holder. The program was discontinued in 2005, and I signed up before that. I started using the passport holder at the time… and use it to this day.

The crazy part? I don’t think I’ve ever considered replacing it. That’s despite the fact that the leather is constantly peeling and chipping, and every few days I have to take a damp cloth through my carry-on to wipe it all up.

So, just how bad does it look? 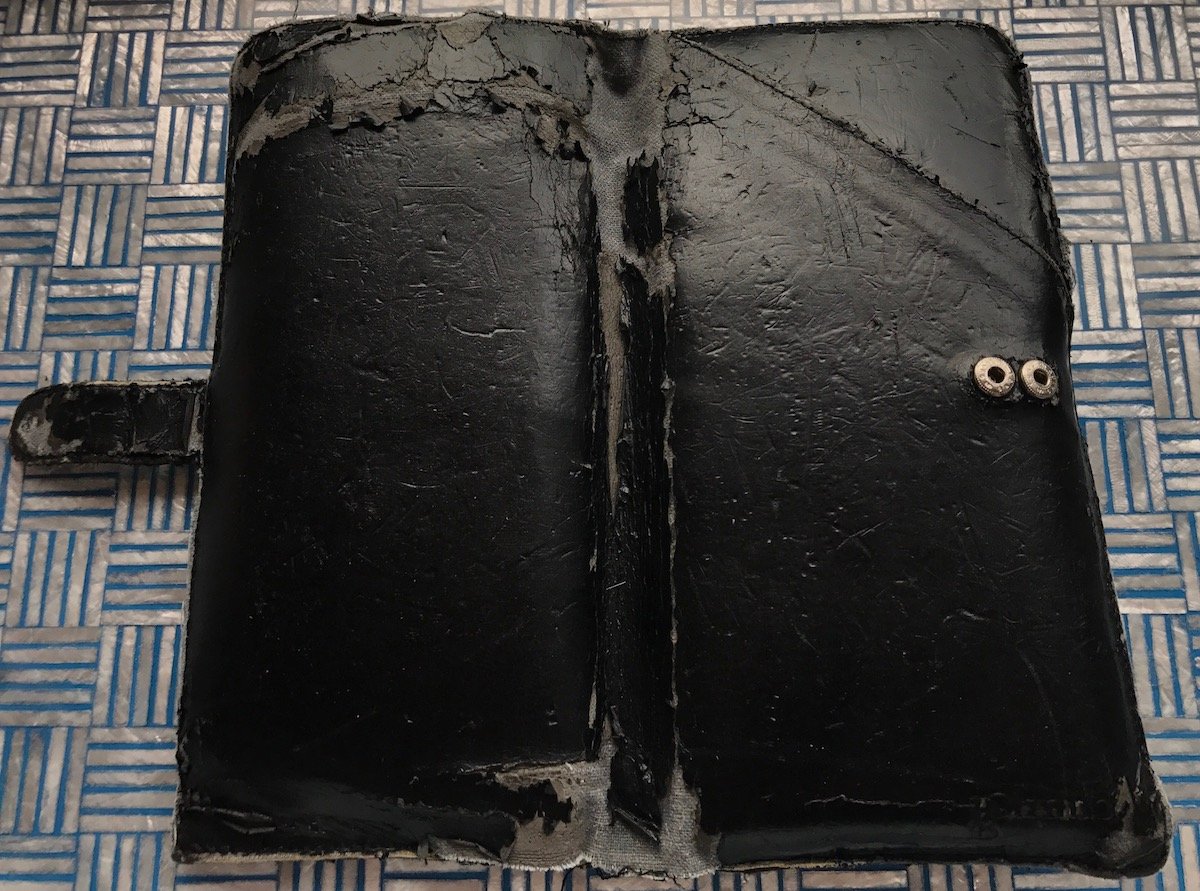 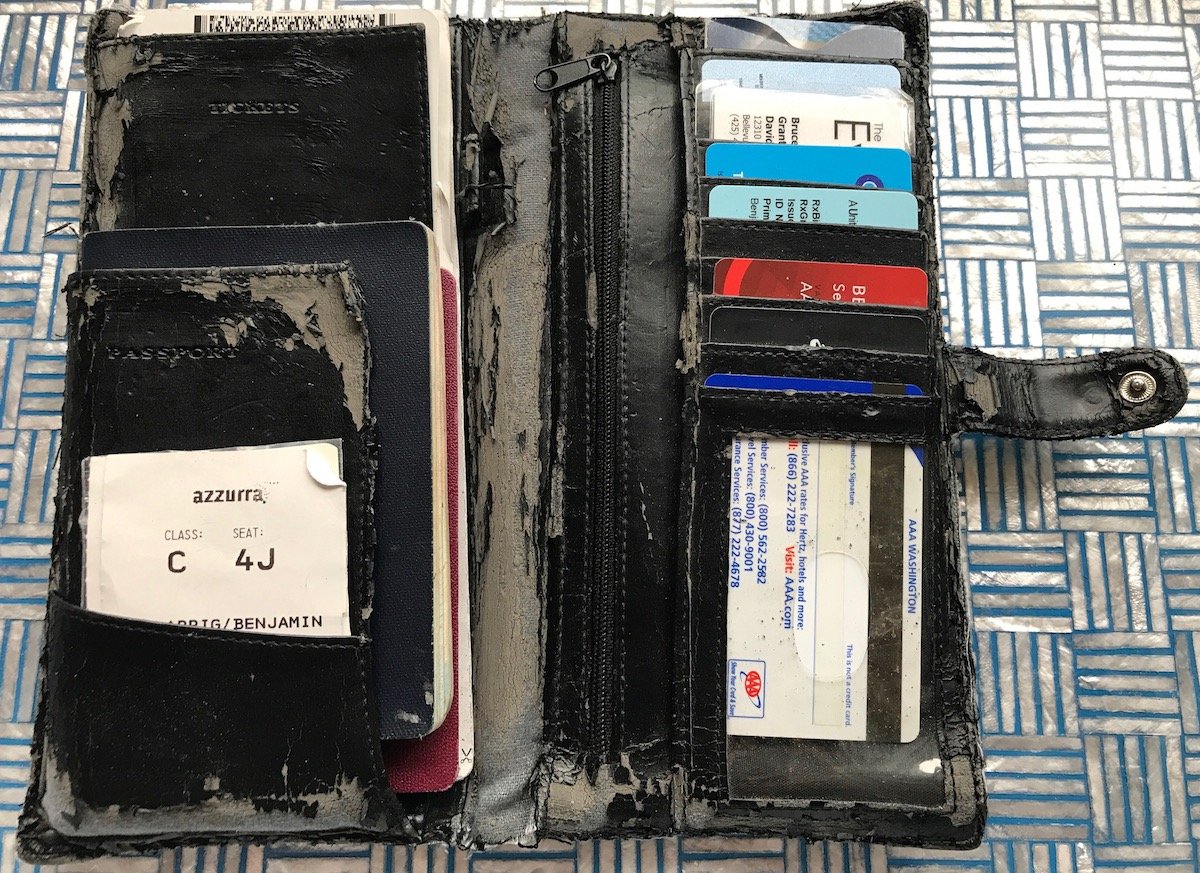 In case anyone is wondering what I keep in here, it holds my passports, recent boarding passes, excess (non-credit) cards, and the foreign cash I’ve accumulated. I should probably find a better place for cash, since I doubt I’ll be using my currency from Bahrain, Bhutan, Nepal, Kuwait, etc., anytime soon. 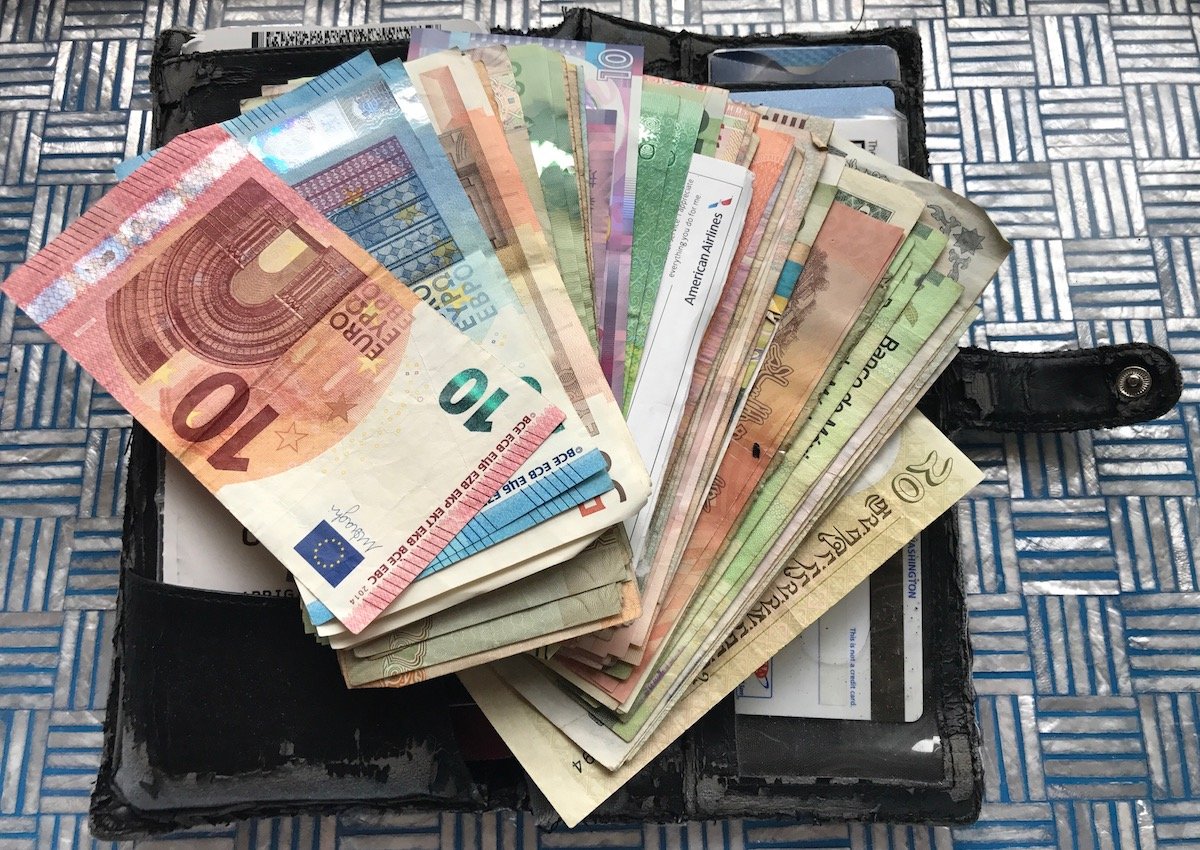 So, I guess I should ask — can anyone recommend a new passport holder that also stores a bunch of other stuff? 😉

Looks like it's unavailable now, but I recently bought this one https://www.amazon.com/Blocking-Leather-Passport-Holder-Bifold/dp/B019ET4P4E/ref=pd_lpo_vtph_121_tr_t_3?_encoding=UTF8&psc=1&refRID=1VAVGB6JE9W8BBXWBQXK The design is what I wanted in a passport holder.. (tall/wide enough bill holder for Yen notes, visible passport window, visible ID window, and room for a bunch of cards), but interestingly the RFID block is actually a hindrance for me since I found out since it blocks transportation cards in Japan like Suica and Pasmo (although I was expecting it). They didn't offer a non RFID block model. 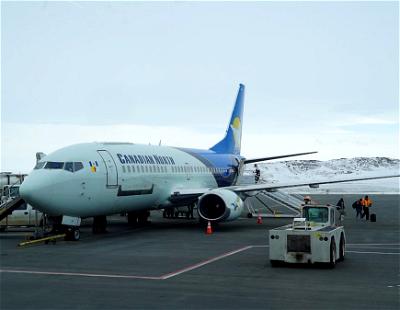