I was in Detroit recently and had the chance to visit the Lufthansa Senator lounge. I last reviewed this lounge in May 2015, and while the space is basically the same, the food continues to improve. So I figured it was worth an update.

The Lufthansa Senator lounge is located in the North Terminal, where just about everyone not named — or in bed with — Delta flies out of. The location is super convenient to the United gates, and of course, the gate that Lufthansa uses. 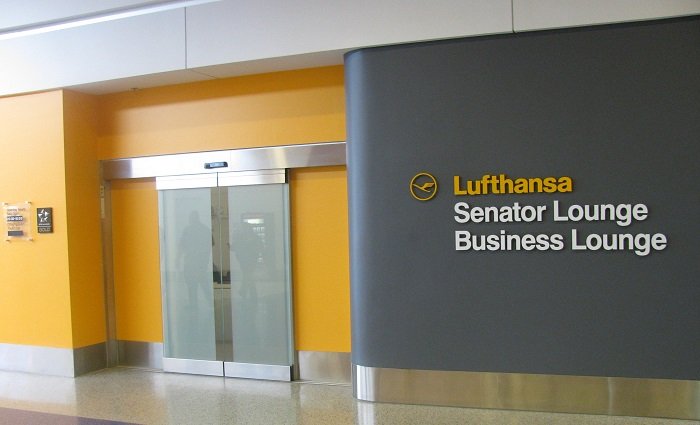 The hours have changed a bit over the years, and I’ve even seen it closed when the schedule indicated it should be open. But they seem to have gotten that all worked out. Here are the posted hours. 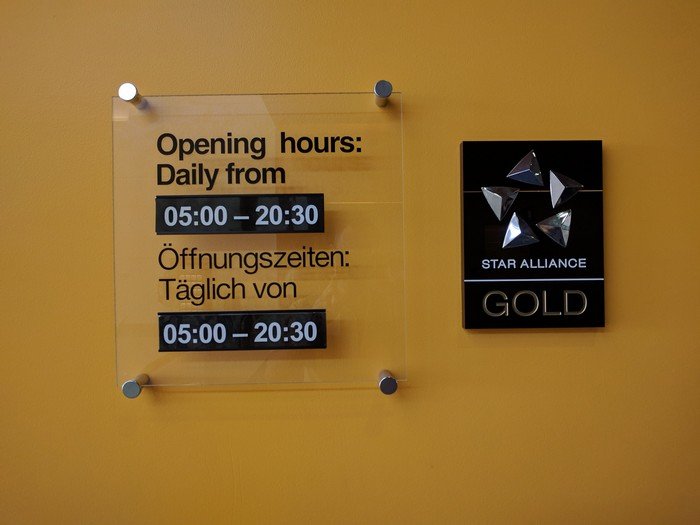 I headed in to the front desk, which was immediately behind the automatic doors.

Since I was flying United where I am a Premier 1K, I had access to the Senator side of the lounge given my Star Gold status. I scanned my boarding pass, and she motioned me to the right. (The Business Lounge is to the left.) It’s worth noting that I didn’t need to show my United frequent flyer card — all the information was coded onto the boarding pass which is a nice improvement to how it used to be.

The club is nicely furnished and can seat 30-40 people. It’s generally one large room, though the seating areas are somewhat divided with tables and chairs near the food service and comfy chairs further away. There is also a high-top table with swivel stools. 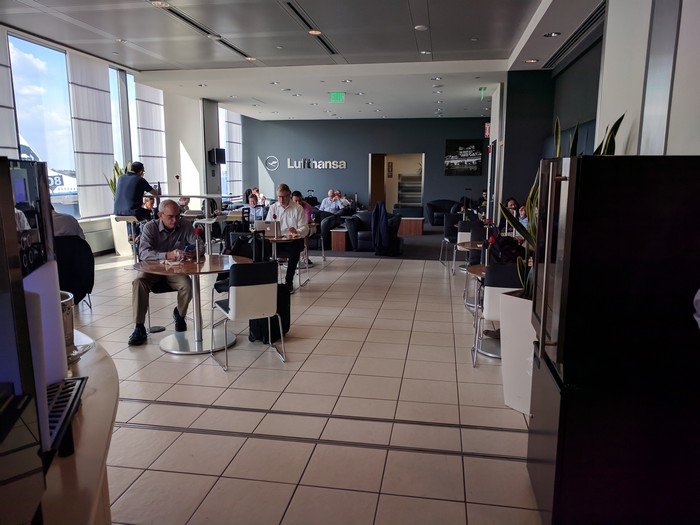 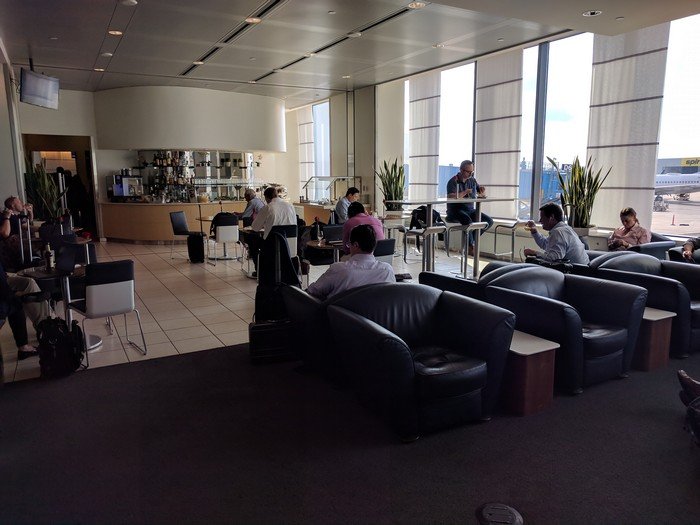 Lufthansa has really expanded the food options at this lounge over the years. It used to be that there was one hot option, and the quantity was very limited. So if you missed it, you were probably out of luck. That improved quite a bit a few years ago, around the time that space was reconfigured.

The main buffet area is mostly the same. 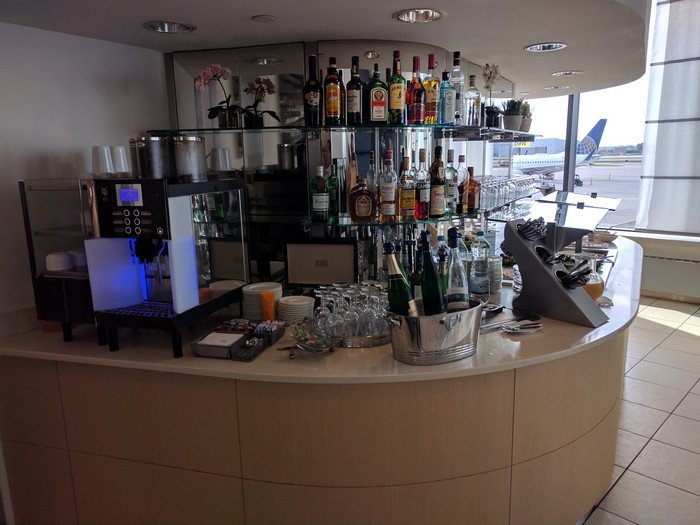 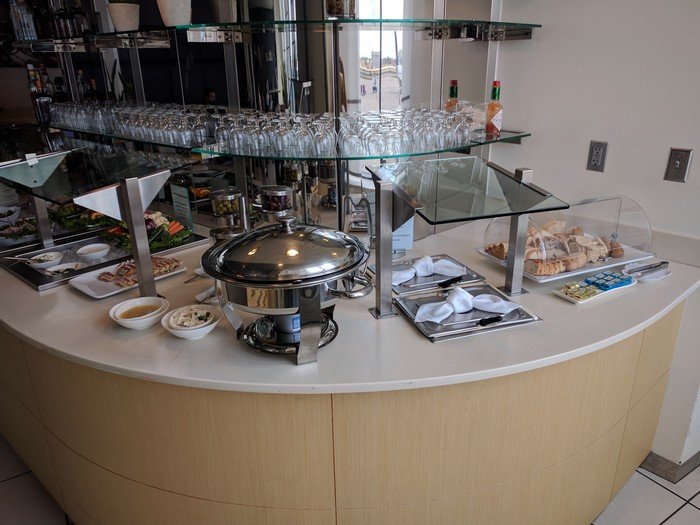 But they’ve added another space to accommodate four additional hot options. In the tradition of Frankfurt International Airport, I’d assume they refer to this as the remote pad. 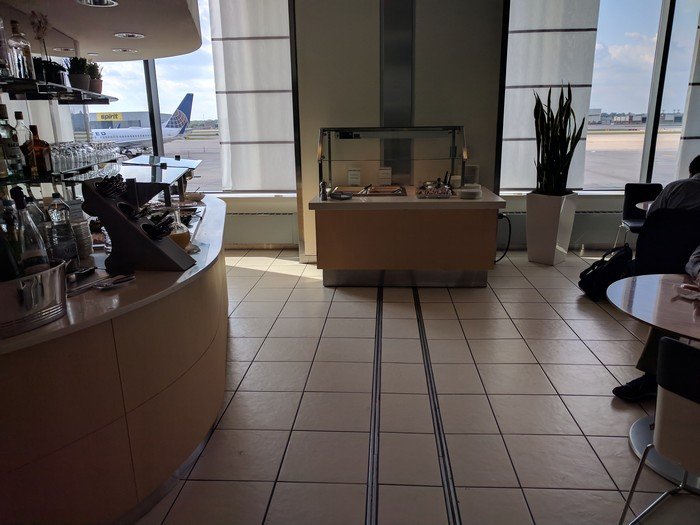 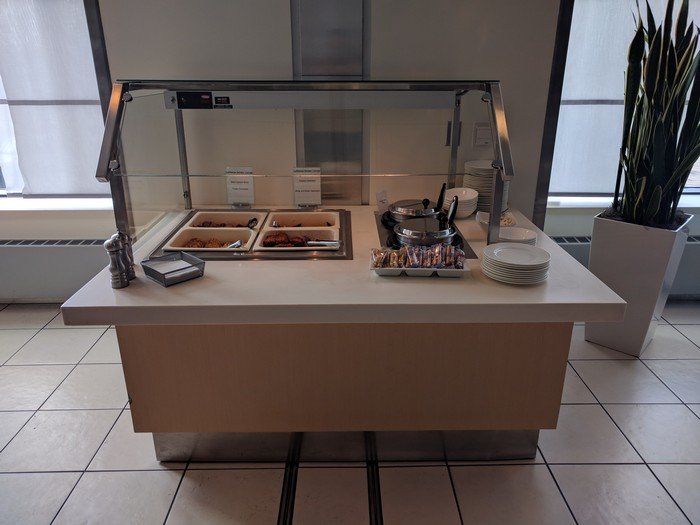 There was a nice selection of cold items, including salads and crudites. 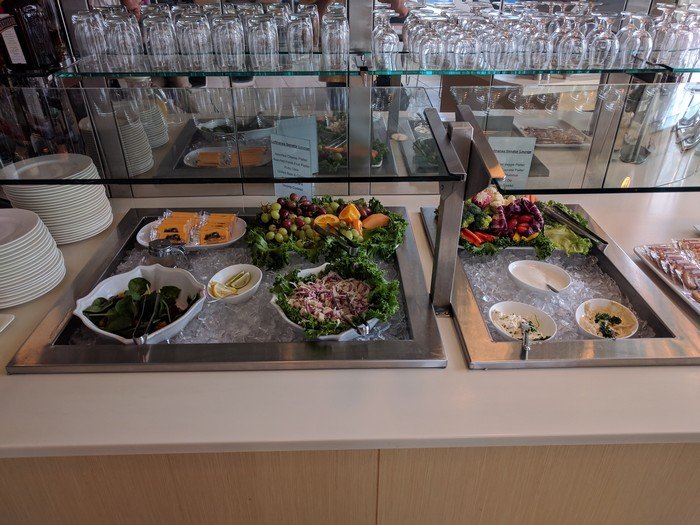 The right side of the buffet has some of the hot offerings. There was Oktoberfest roasted pork and sauerbraten. 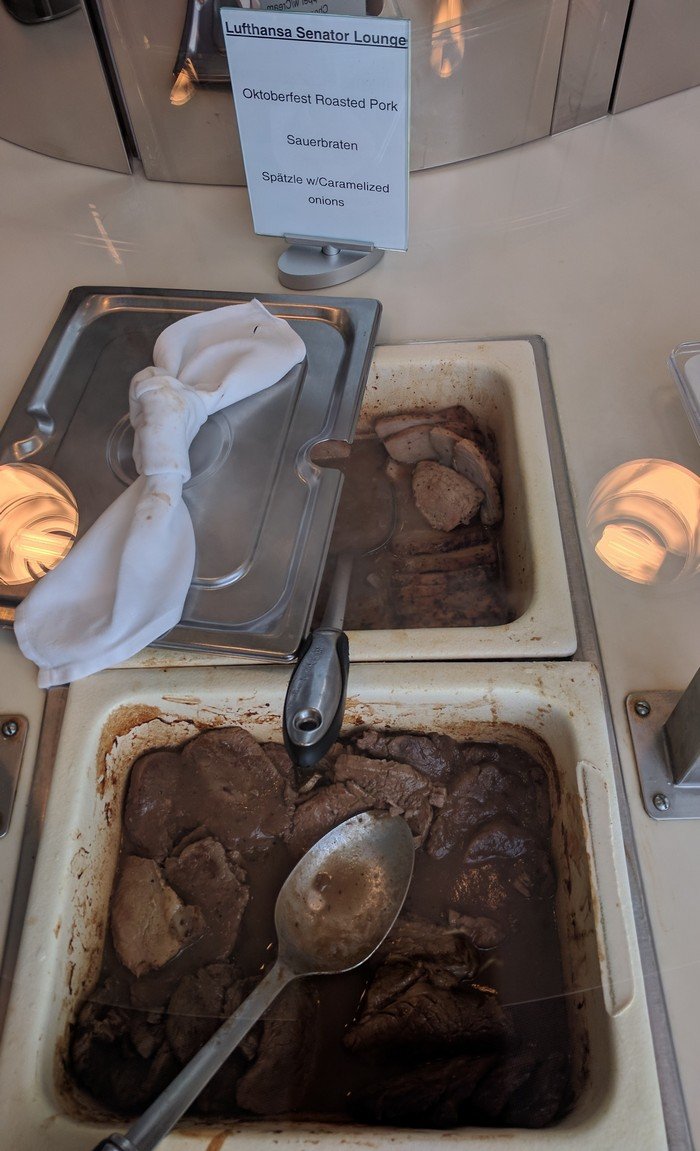 The spatzle with carmelized onions was in a pan in front. 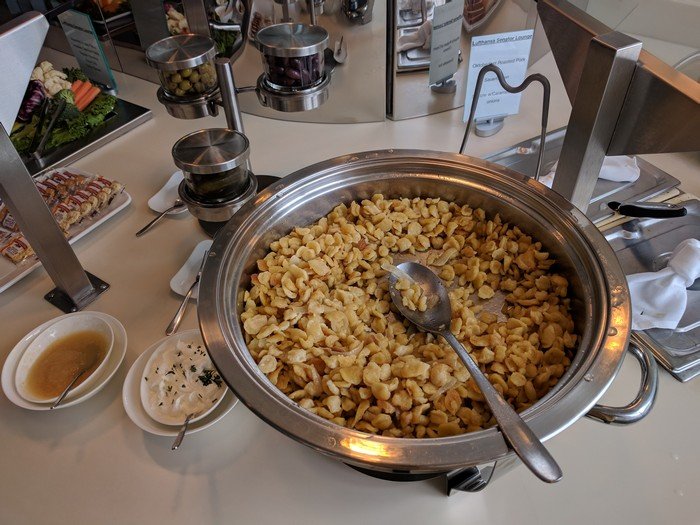 Then the remote pad buffet had beer cooked brats, potato pancakes, chicken schnitzel, and white and green asparagus. With four hot meat options, this is really a carnivore’s paradise. Arby’s may say we have the meats, but the Lufthansa lounge in Detroit actually delivers. 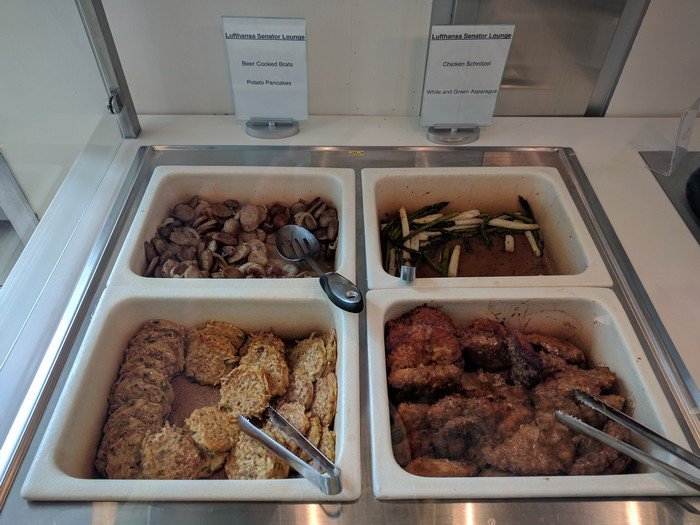 There were two kinds of soup as well, though only the tomato was labeled. 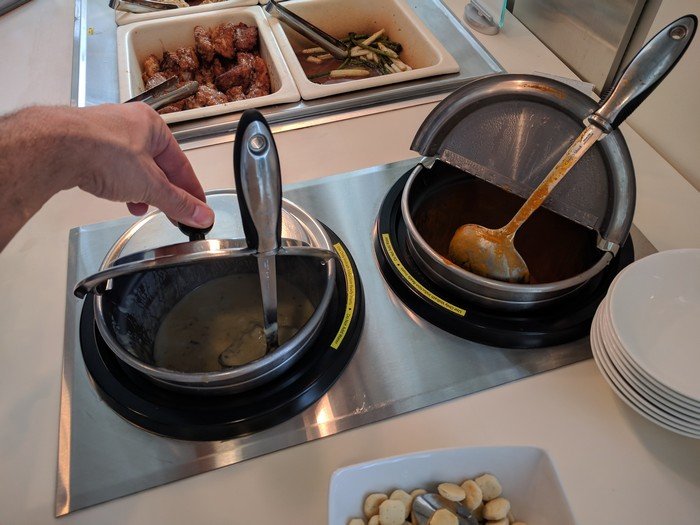 The beverages were about the same as I remember them. 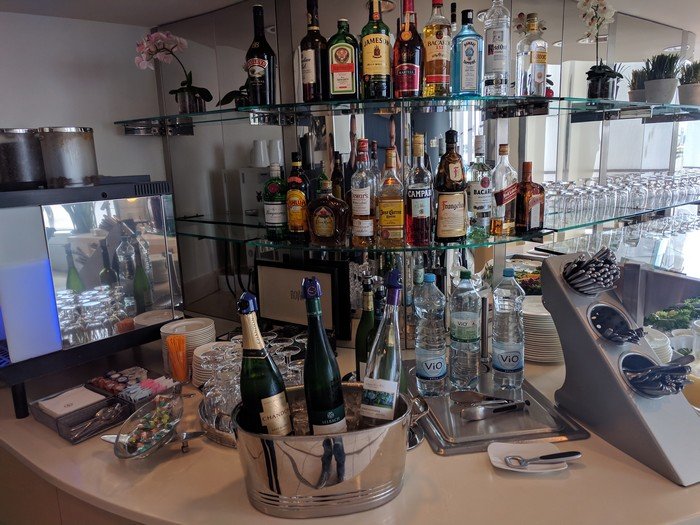 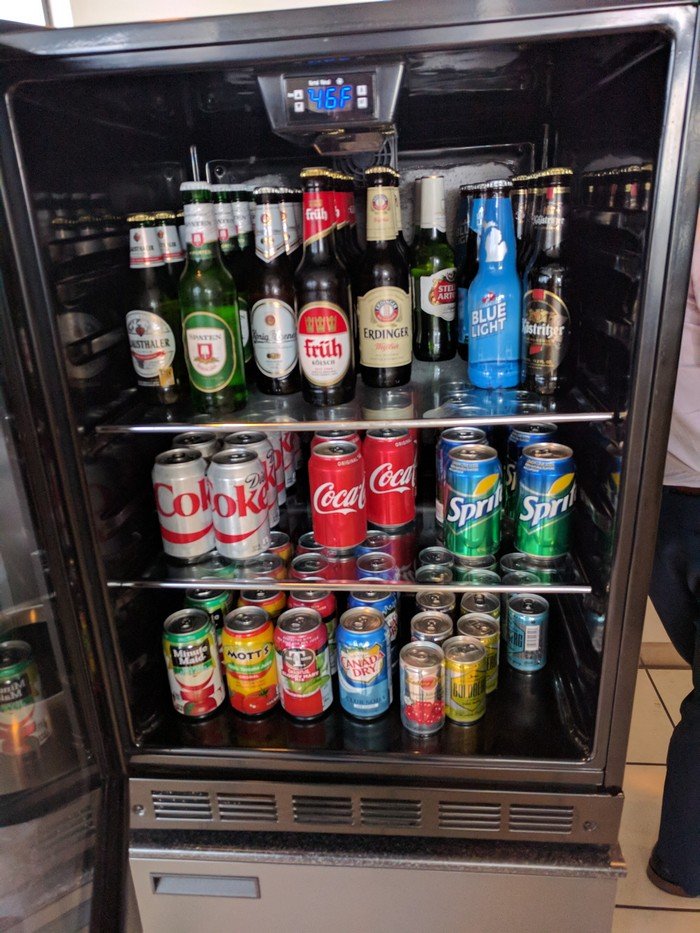 I very much enjoyed my meal. The offerings weren’t particularly fancy, just your solid meat, meat, meat, meat, and potatoes that one would expect to get in Germany. Given my heritage, I felt right at home.

That said, it was a little surprising to not see any desserts during this visit. In the past, I recall them having a very small selection of items, mostly one of each type. So it’s possible that they were gone by the time I arrived, given that the flight to Frankfurt was getting ready to depart.

The rest of the club was pretty much the same. The restrooms were very limited, and consist of one single room for men and another for women. I recall the restrooms on the other side being larger, so perhaps in a pinch you can downgrade yourself to the Business area. There also aren’t any showers. 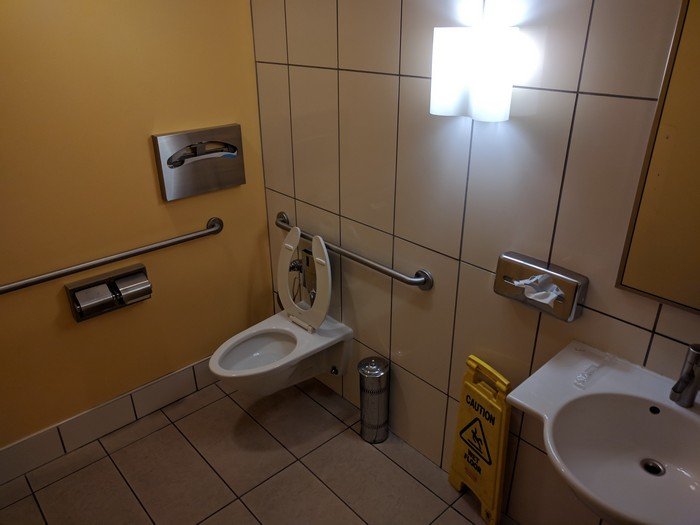 There wasn’t much of any reading material. 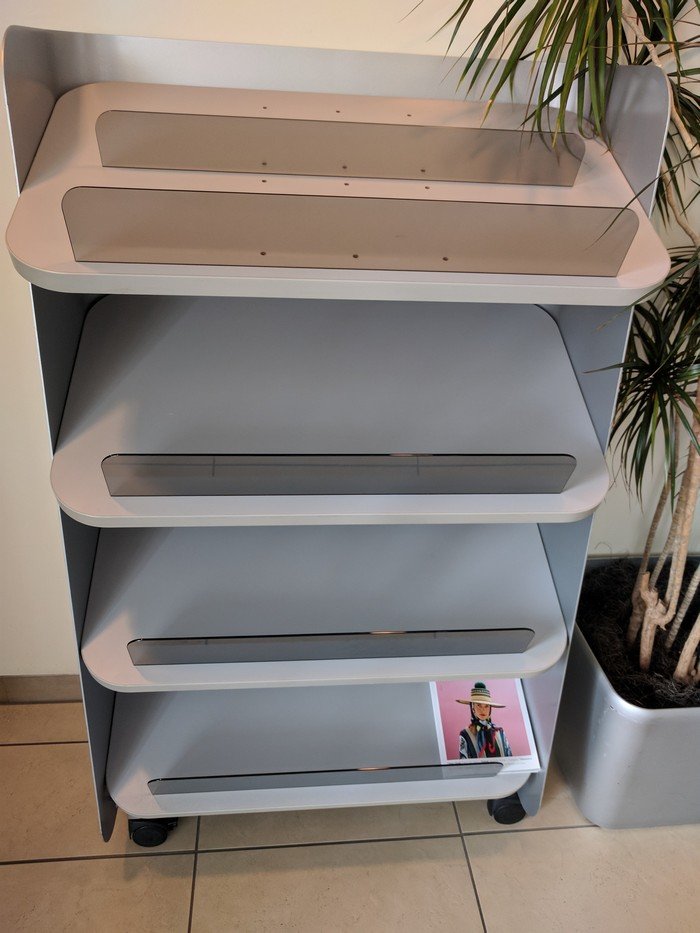 But the views of the field were pretty good. 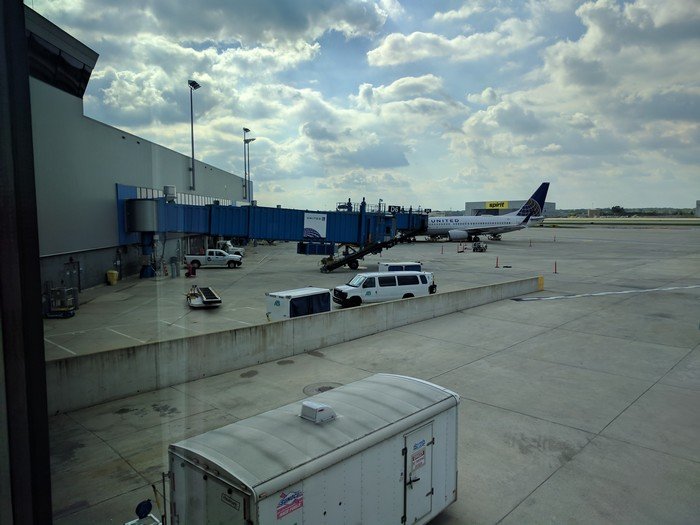 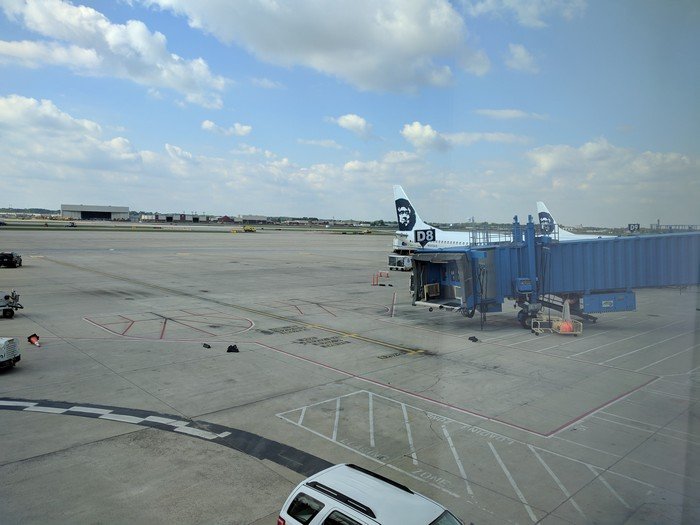 The Lufthansa Senator lounge in Detroit is a really nice lounge, far better than any domestic club from the legacy airlines. They have continually expanded and refined the food options over the years such that dining here is now a perfectly viable option, at least if you are a carnivore. I counted four hot meat options during my visit which which, to me, was awesome. It’s by no means the Lufthansa First Class Terminal, one of the best airport lounges, but considering the location, I was very impressed.

Have you been to the Lufthansa Senator Lounge in Detroit?

For a relatively new terminal, the North Terminal at DTW really has to be one of the ugliest looking terminals ever built. Look at the picture above of the airfield, the concourse building to the left looks like the back of a shopping mall with a few windows thrown in here and there - no architectural design elements whatsoever, where is the roof-line? It doesn't come close to comparing with the McNamara terminal. Also, it is only one level, and that means international passengers walk through a basement to go to customs. It beggars belief how European and Asian airports can be significantly nicer (from both an architectural and just plain infrastructure perspective). Most international airports use an arrivals level (usually below the departures level) and therefore use fixed (glass) jet bridges and head-of-stand roads. ALL walls are usually glass too. This is a square box with some weird blue shipping containers attached to it. Embarrassing really, but I suppose pretty similar to JFK T4, MIA, ORD etc.

DTW is my home airport and I use this lounge a lot. I am never sent to the Senator lounge side even though I am a UA platinum. I ave questioned the attendants about this before and I am told the left side is for the LH first passengers. There is a lot of inconsistency in the lounge. I will warn readers that hot food does not appear until 1:30pm. Overall the lounge needs a new manager who applies the rules consistently.

I use this lounge every single time I fly to DTW. It's a step up from the horribly outdated Delta SkyClubs there. What's more, LH only has one flight per day to FRA from DTW (the auto industry is still strong, and the executives like their lounges), and in all my years flying back and forth, it only ever gets crowded in the afternoon just before the FRA flight boards. Otherwise, there have been many, many times I was the only person in there for hours, aside from the attendants. Is it as large or expansive as other LH lounges, no, not by a long shot. But it is a gem, in my opinion. 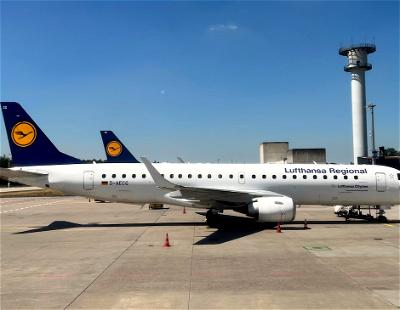