The German government sorta kinda seems to be siding with Lufthansa violating the EU’s policies on flight refunds.

The European Union has among the strictest consumer protection laws in the world, with a policy known as EC261. Just recently it was clarified that airlines subjected to EC261 do need to give passengers the option of a cash refund in the event that a flight is cancelled.

Despite that, most European airlines are violating the policy, and are refusing to issue refunds. Airlines are largely trying to justify this by pretending the option for a refund doesn’t exist, and when they’re pressed on it, they argue that they’re not issuing refunds at this time.

Germany plans on providing aid to Lufthansa, though the way that plays out depends on whether Lufthansa will be forced to provide cash refunds to passengers or not.

Therefore the German government has asked the European Commission to allow Lufthansa to issue vouchers rather than cash for flight cancellations.

The government is already looking at providing hundreds of billions of Euros of aid to all kinds of companies, and Lufthansa having to provide cash refunds would likely cost German taxpayers several billion Euros.

This really is a tough issue

I’ve repeatedly made the point that I think it’s wrong when airlines aren’t providing cash refunds when they cancel flights. It seems to me like theft to sell a product and then not even give people their money back when you don’t deliver. Never mind the fact that in many countries this violates the government regulations.

But I also think it’s important to acknowledge the reality of the situation, which is that many airlines either literally couldn’t afford to refund everyone in cash, and/or would be out of business within days if they did.

So where does that leave us?

I don’t in any way support airlines holding onto peoples’ money and in many cases violating government regulations. But I also recognize that for some airlines it’s a function of life-or-death, and the alternative is either going out of business or bigger bailouts.

I recognize the challenging position airlines are in, but if they want to force people to keep vouchers, they need to do a better job having less-horrible policies associated with them — make the vouchers valid for several years, make them transferrable, and/or offer a bonus for those who get a voucher when they’d be entitled to a cash refund otherwise.

It will be interesting to see what the European Commission decides…

"For those who don’t support any sort of bailouts, do we really want to potentially be in a situation where virtually no airlines globally are left?" Do you really think all the planes and the pilots and the trained staff will vanish the day the airlines go bankrupt? They just sell their businesses in whole or by parts to other companies. All the planes will fly, trust me, that is what they are made for.

Hi Everyone, good news, after about 11 weeks of waiting I finally got refunded the full amount in excess of 3000 euros by Lufthansa. So it's not all bad news.

Same here, March 10th flight cancelled by LH .... refund request in the pipeline but nobody knows when. DOT and BBB complaint now filed (it seems someone at LH in NJ is looking at BBB, responses indicate refunds issued in response to most complaints). As a German citizen & lifelong customer, I am beyond disgusted by Lufthansa's treatment of it clientele. Shame on them. 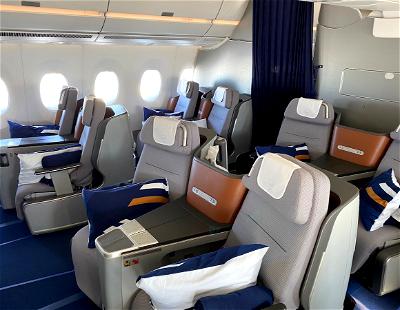 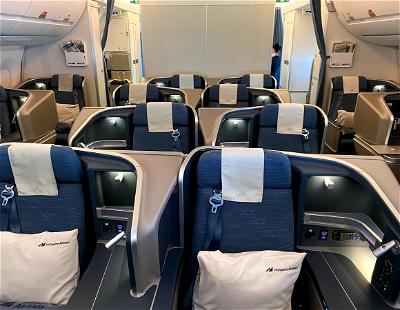