We knew this was coming, but we’re now seeing the first pictures of Kuwait Airways‘ new business class.

Kuwait Airways is a quirky airline

Kuwait Airways is investing billions of dollars to modernize its fleet, which is long overdue. At this point Kuwait Airways’ average fleet age is under five years old, which is significantly lower than it used to be:

While this new fleet is great, some of Kuwait Airways’ passenger experience decisions have surprised me. For example, Kuwait Airways took delivery of 10 777s between 2016 and 2017. Not only are these new planes, but they’ll be used for key routes, like Kuwait to London, New York, Paris, etc. 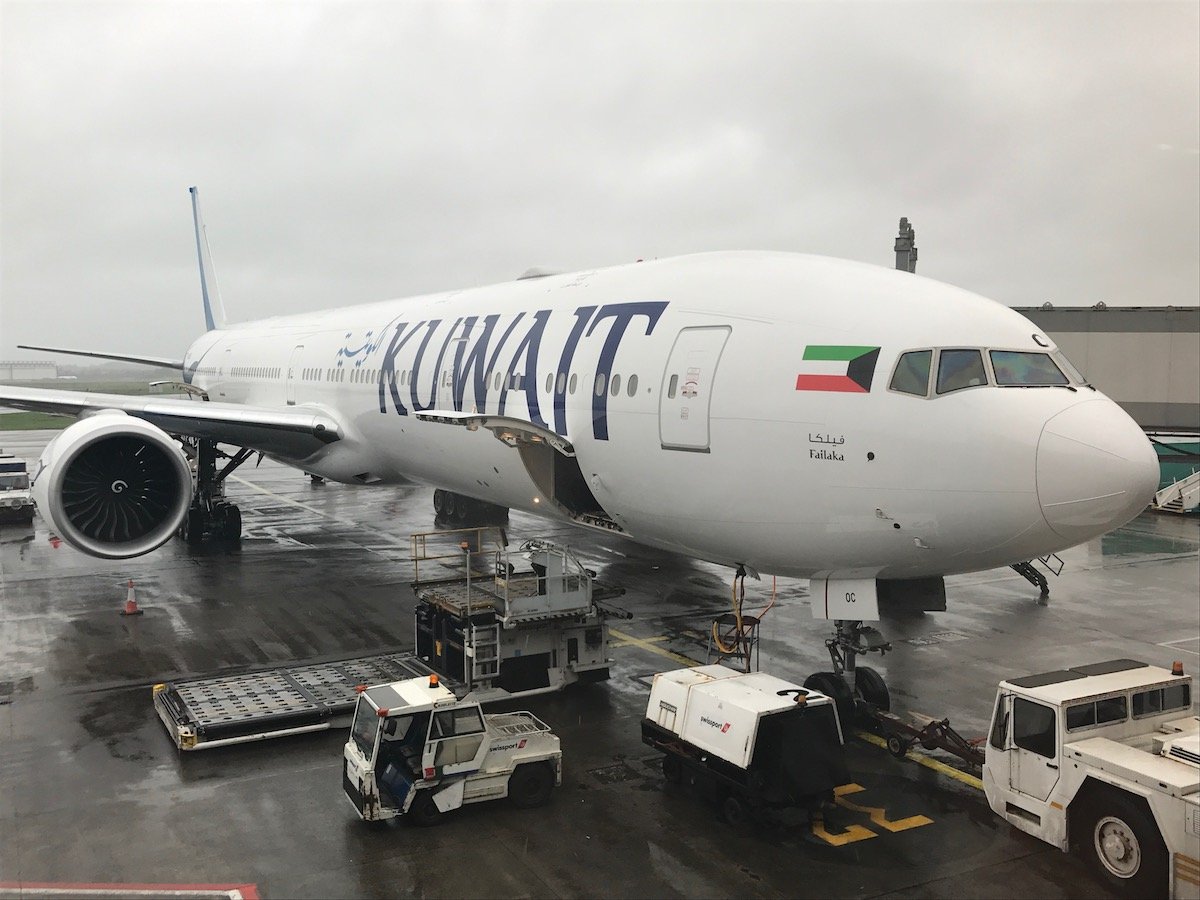 Despite that, the airline decided to install Collins Aerospace Diamond seats on these planes, which sure aren’t impressive for the kinds of journeys they’ll be operating. 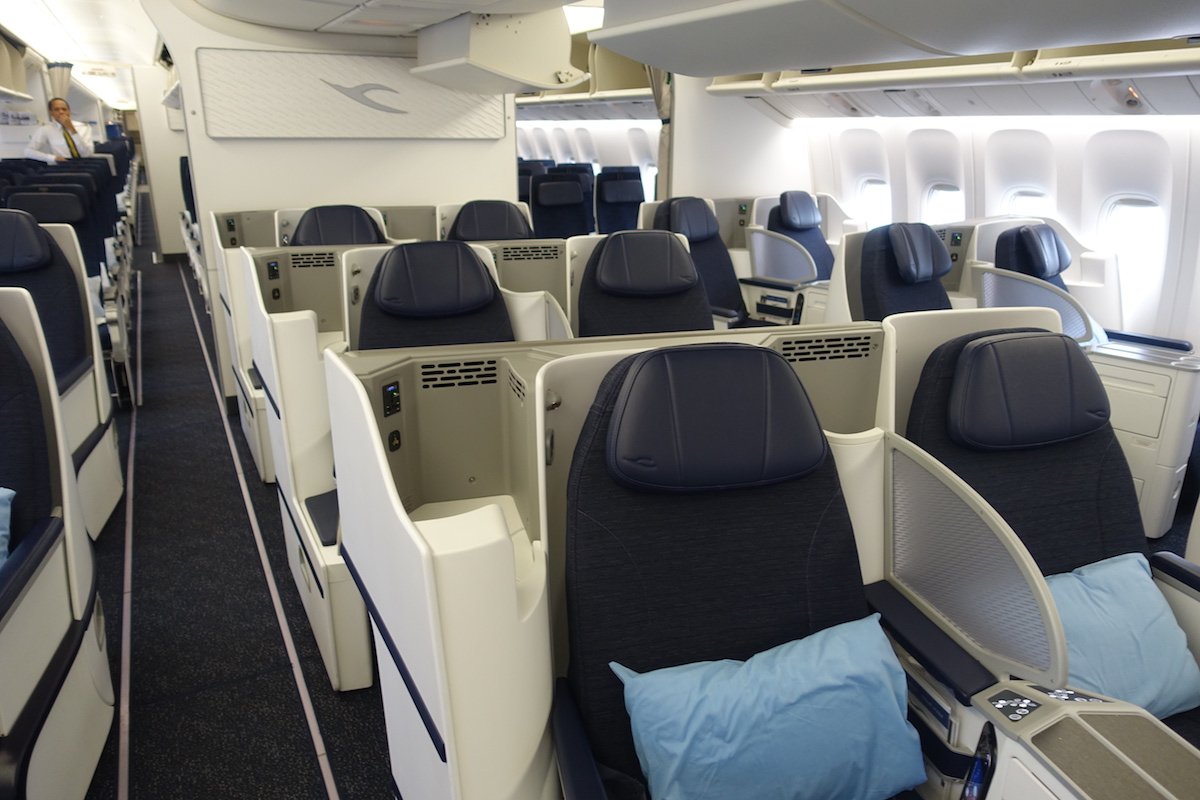 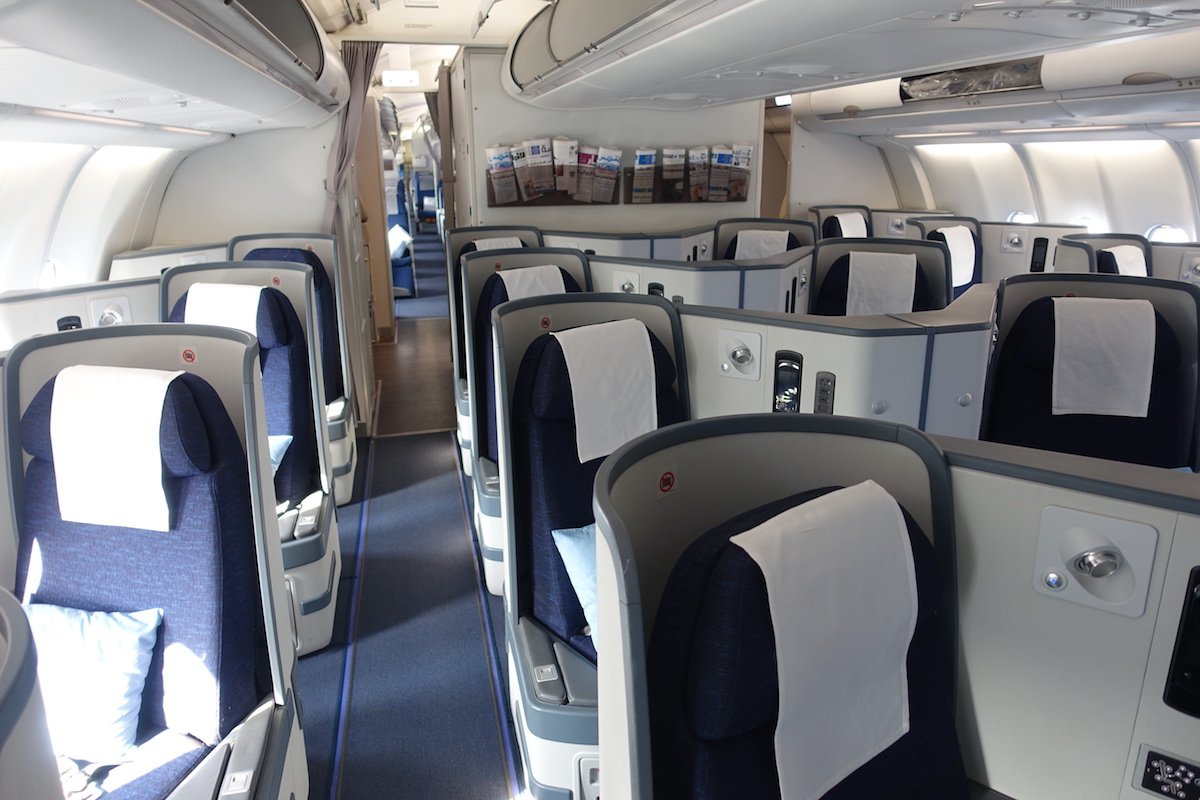 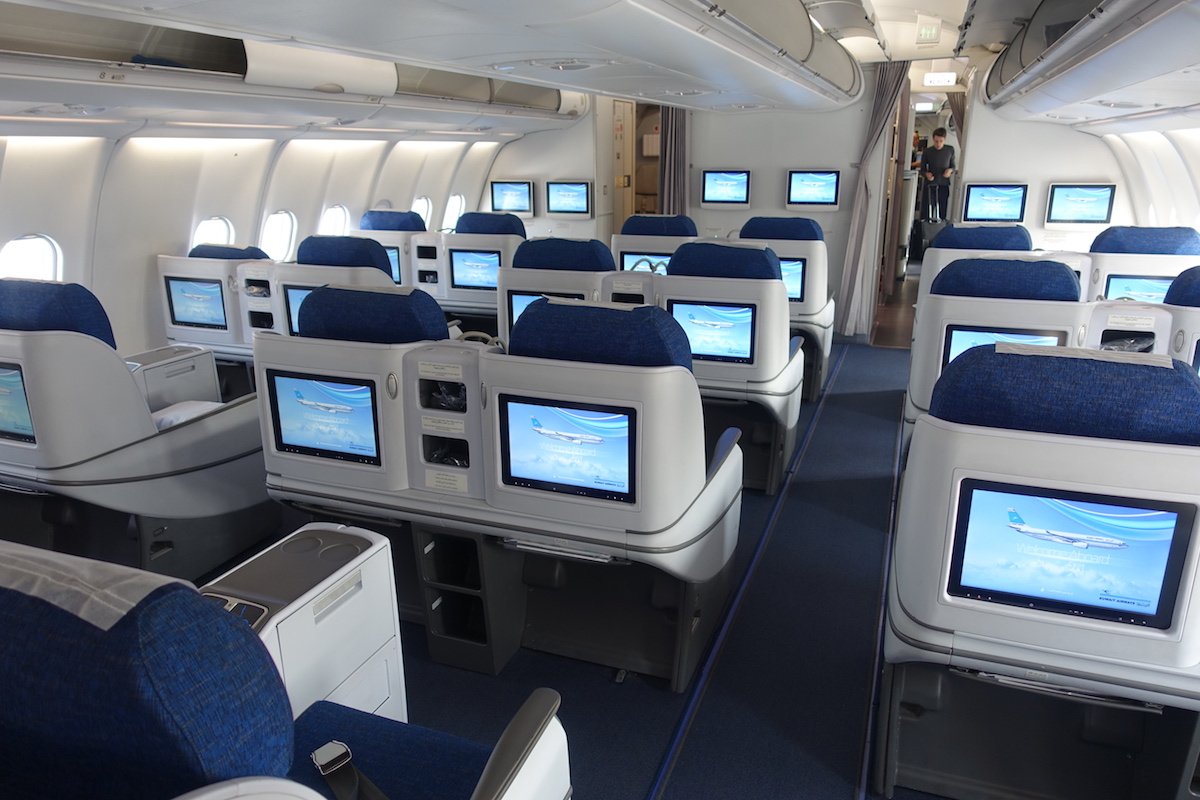 Kuwait Airways has just started taking delivery of its A330-800neos, as the airline is the launch customer for this plane. 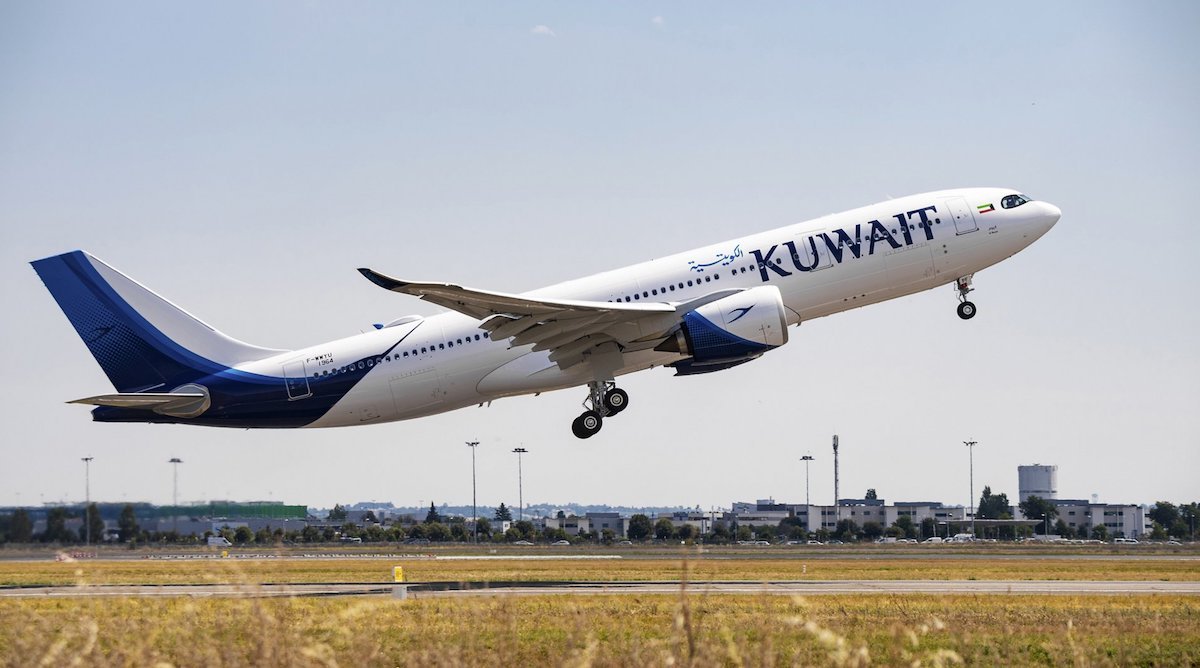 We already knew in advance that Kuwait Airways would install Collins Aerospace Super Diamond seats on these planes, but we now have the first look into the cabin. Here’s a video Kuwait Airways posted of the interior of the new plane:

And below is a screen grab of the business class seat. 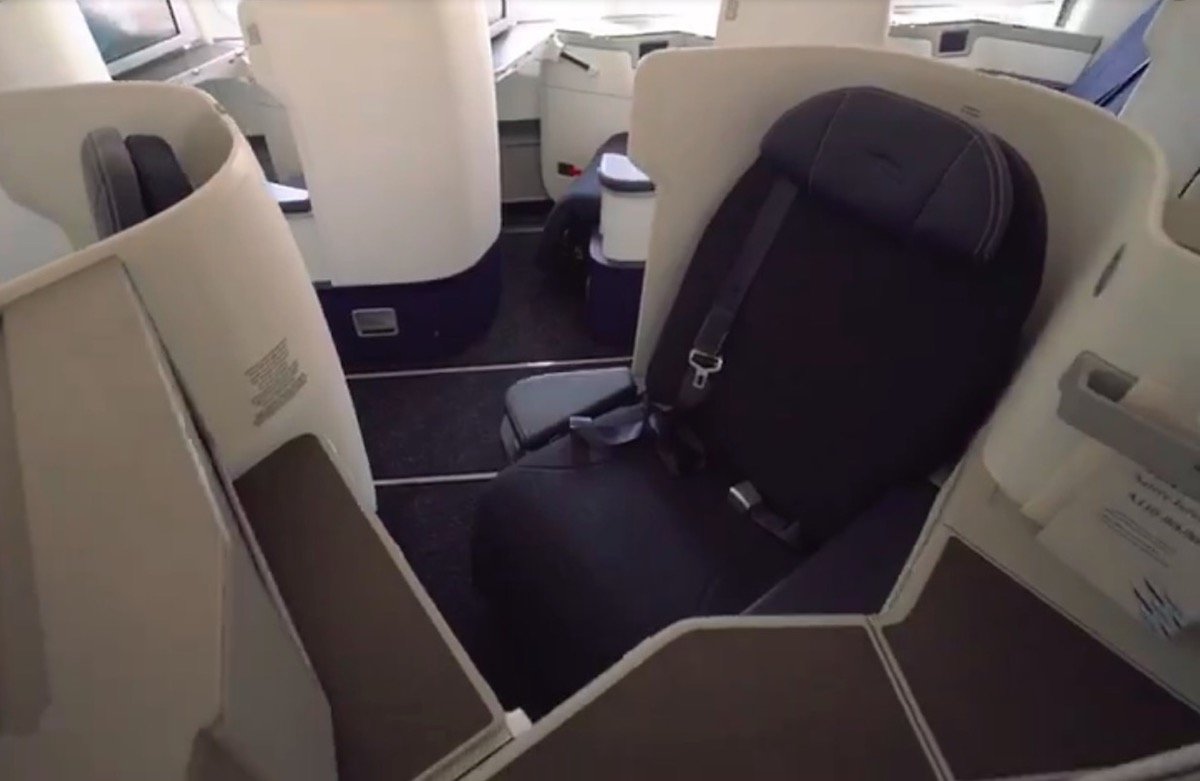 The Collins Aerospace Super Diamond seat is popular with airlines, as dozens of other airlines offer this seat as well. 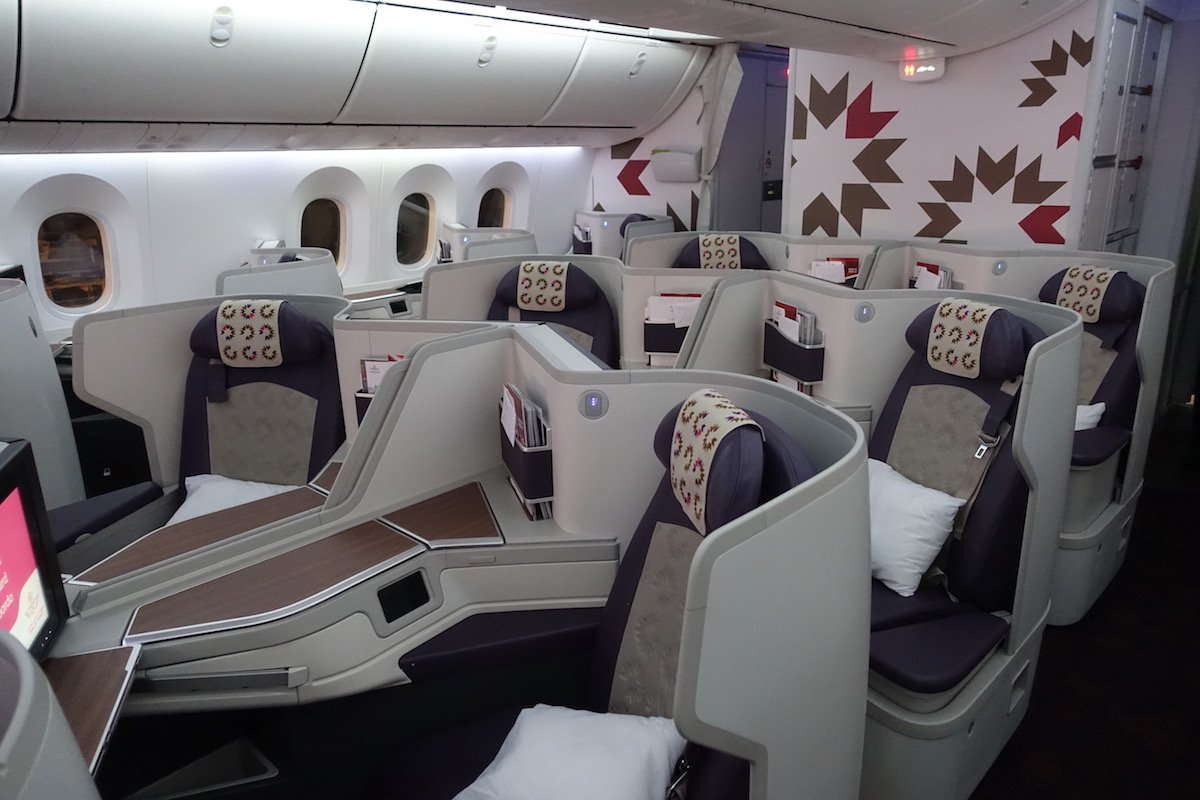 Kuwait Airways also has five A350-900s on order. I would guess they’ll probably also get these seats, but only time will tell.

It’s great to see Kuwait Airways finally introduce a business class product with direct aisle access from every seat. It’s just strange to me that the airline waited so long to do this, rather than installing a proper business class seat on its flagship 777, which operates the longest and most premium routes.

Here’s to hoping the same seats are installed on the upcoming A350s.

What do you make of Kuwait Airways’ new business class?

These seats look like my “ old days “ on Virgin Australia long haul. Ps isn’t Kuwait one of the only first class you haven’t travelled Ben ?

I flew Air Canada AC91 from GRU to YYZ earlier this week in business. I wasn’t impressed with the business class Collins Aerospace Super Diamond seat. It was very hard and narrow and uncomfortable and the placement of the tray made it difficult to turn when lying down. There must be better options out there.

Flew on KU's A340s back in 1996 and 1997 out of JFK via LHR and ORD via AMS to KWI and beyond. Just photos to relive the experience and no smartphone videos. They had introduced seat back videos at the time which were all the craze. which now are all fuzzy little screens. However kept you entertained rather than having to look at a big fuzzy screen up front or the little mounted ones on the ceiling. Loved the flights on the A340. Sure they take forever to leave the ground but once in the air they are such smooth flights. Love those hair dryer engines lol. Nice that KU even had an A340. Years later the Airbus aircaft are still part of the fleet. Also the not so new livery is nice. 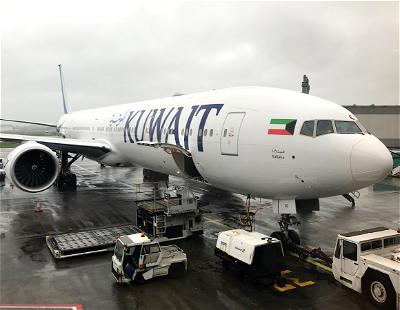