Transatlantic demand still through the roof

Back in June I wrote a post entitled “The Summer Of Non-Existent Airline Award Seats.” I’ve been monitoring award availability religiously for 15+ years, so I think I have a reasonable perspective on demand trends and award availability.

As I’m sure so many people can relate to, this past summer was simply unprecedented when it came to travel demand, especially across the Atlantic. As the world continued to open up, people were ready to travel like it was 2019, and then some.

I’ve booked thousands of award tickets in my life (mostly for others), and I had never seen as little award space across the Atlantic as we saw this past summer. Almost all my tricks and strategies, including waiting until the last minute, proved less fruitful than ever before.

The way it has historically worked, Labor Day marks the end of the busy summer travel season for leisure demand, as kids go back to school. That’s when the passenger mix shifts from leisure travelers to business travelers.

I figured award seats would be much easier to come by, but even now in the second half of October, I’ve never seen a fall season with so little premium transatlantic award space. Here’s the thing — it’s not that airlines are suddenly stingy with award availability, but rather I’m seeing flight after flight more or less sold out in business class.

Yes, we’re even talking jets with 50-80 business class seats, where you could historically easily snag an award at the last minute. And let’s not even talk about first class award availability (primarily on Lufthansa), where I’m seeing flight after flight either sold out or with just one seat for sale.

Can someone help me understand who’s traveling?

You’d think that there would be a lot of factors pushing transatlantic demand down:

Is there some major factor I’m missing here? The only theory I can come up with is that a lot of these travelers are people who booked their tickets several months ago, and that this is part of the same travel craze we saw over the summer. Maybe these are some of the leisure travelers without kids who decided not to travel to Europe this summer, and instead waited for the fall, hoping things would be quieter and cheaper.

I can’t help but wonder if this current level of demand is simply never going to stop, or if it’s going to fall off a cliff shortly:

There was a lot of talk about how transatlantic demand would drop off after Labor Day, as people go back to school, and the traditional summer travel season ends. However, that doesn’t at all match what I’m observing, based on both revenue and award availability trends.

I’m still seeing transatlantic flights full in a way I’ve never seen before this time of year, particularly in premium cabins. I’d love to hear what OMAAT readers make of this, and if this matches what others are seeing.

At this point I’m not sure if demand is just never going anywhere, or if we’re in for a big adjustment shortly, as we get into November.

What’s your take on how full transatlantic flights are right now?

Share
Tweet
Conversations (161)
The comments on this page have not been provided, reviewed, approved or otherwise endorsed by any advertiser, and it is not an advertiser's responsibility to ensure posts and/or questions are answered.
Write a comment
Cancel reply
Report a Comment
Thanks for letting us know!

Submitting...
Featured Comments
View all comments (161)
Write a comment
Most helpful comments ( as chosen by the OMAAT community ).

Why are you judging people who desire to protect themselves? It’s all about personal choice and comfort levels and personal experience. Why do you have to be ugly about it? And I’ve been in Europe for 2 weeks. I’ve seen plenty of people, including the czech-born tour leader on the river cruise I’ve been on, as well as plenty of the European staff on the ship, wearing masks now and then. I don’t wear a mask but I have no problem with people who choose to for whatever reason they choose. Who are you to judge then? Why be nasty?

I work in luxury travel and will have noticed the following points: - First and foremost, yes, it has hardly slowed down since summer. Not as many last-minute requests like this summer, but still unbelievably busy. - Family travel has not slowed, despite school starting. Parents are very okay with their kids missing some school to travel. - Lots of trips were pushed/delayed due to COVID, and many of those rescheduled dates are this fall and into early 2023. - It will not slow down until at least next fall. We already have tons of 2023 requests, especially for places that are just reopening, such as Japan. Obviously it will be crazy during the summer again and then who knows after that. - Clients are looking further out now and asking about places they did not typically used to. Having travel cut off during COVID seems to have really made people realize that they should take advantage of the ability to travel, and not just head to the same places every year. - even booking FAM trips is tough since airline space is so tight. I'm about to head out on one and it took lots of tinkering and working with the airline for them to approve the space, so don't think you're alone in it!

Coach is vile. You new here? 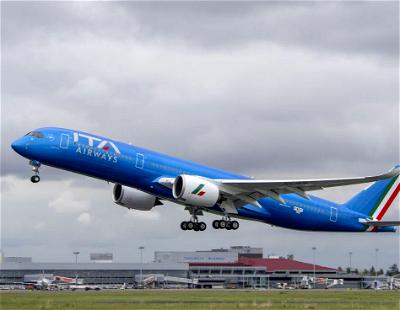