My favorite Hyatt property, and perhaps one of my all around favorite hotels in the world, is the Park Hyatt Sydney. It’s a stunning, intimate property, with unbelievable views. 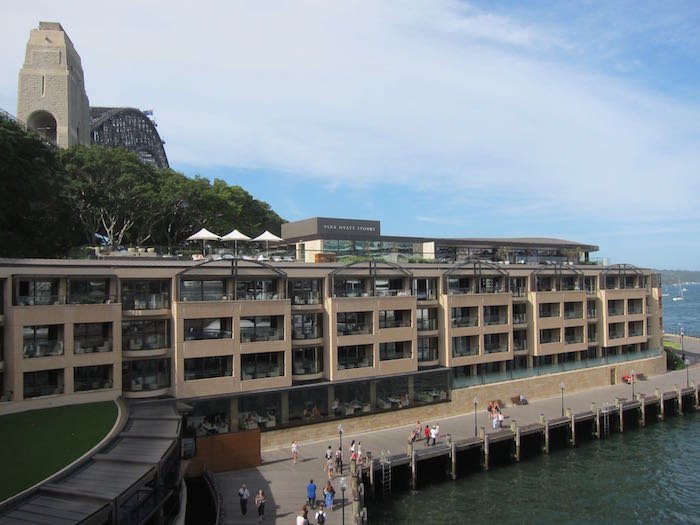 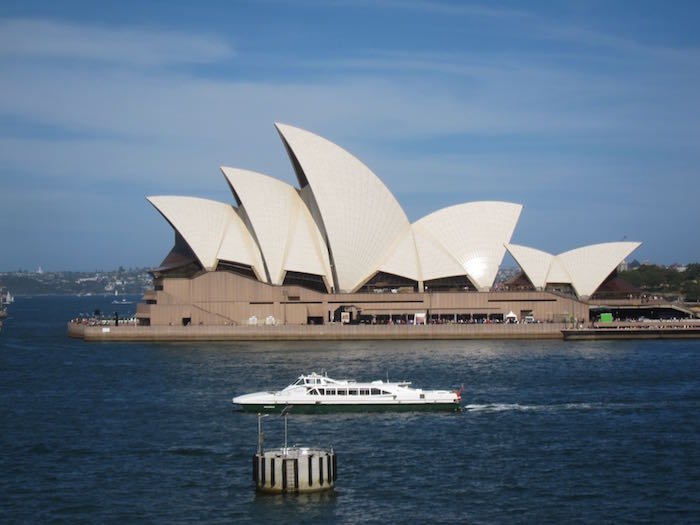 View from the Park Hyatt Sydney

On top of that, I find the staff to be excellent, in particular the concierge team. It’s a hotel which isn’t just considered good by those looking to redeem points, but is also generally regarded as the single best hotel in Sydney. As you might expect, the rates reflect that. In high season, rates start at 1,000AUD+ per night. The hotel costs 30,000 Hyatt points per night, which isn’t a sum of points everyone wants to part with, particularly for a longer stay. Over the years I know a lot of people have been suggesting that Hyatt needs to open another property in Sydney, and it seems like that will finally be happening soon. The Four Points by Sheraton Darling Harbour will be rebranded as the Hyatt Regency Sydney as of November 30, 2016. 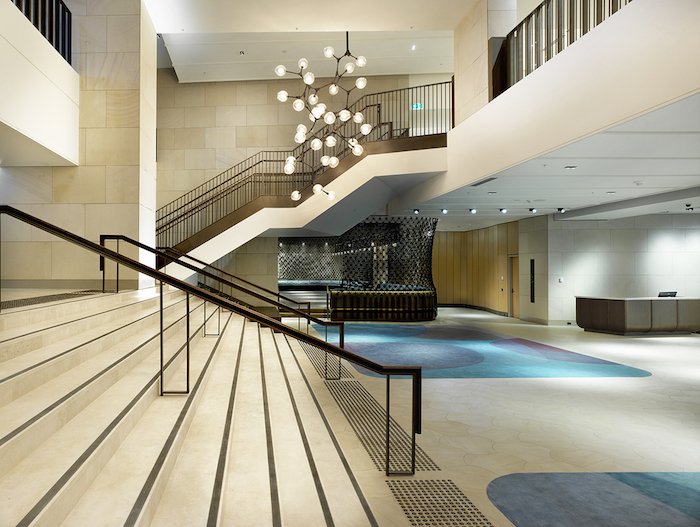 Rendering of the Hyatt Regency Sydney

Per the press release, the hotel will be undergoing a $250 million redevelopment and refurbishment, including a new 24 story tower, featuring a total of 222 additional guest rooms:

Following a significant $250 million redevelopment and refurbishment, Hyatt Regency Sydney will enjoy an unparalleled location in the Sydney Central Business District adjacent to Darling Harbour, providing the perfect setting for corporate, leisure and meeting and events programs. This expansion will also include a new 24-story tower and 222 additional guestrooms, making Hyatt Regency Sydney the largest upscale, full service hotel in Australia with a total room count of 892. Additionally, the hotel will introduce a 272-seat all day dining restaurant, which will build off Hyatt’s history of culinary excellence, and will also feature the only hotel rooftop bar in Sydney and a Regency Club lounge with stunning panoramic views of the harbor.

As you can see, this will make the Hyatt Regency Sydney the largest “upscale, full service” hotel in Australia, with 892 rooms.

On the surface converting a Four Points into a Hyatt Regency doesn’t make me especially hopeful about the project, since Four Points is a limited service, lower end brand, while presumably they’re trying to make the Hyatt Regency a bit more luxurious. At the same time, it seems like the hotel will be undergoing a big renovation, so I imagine it’s mostly just the “bones” of the hotel staying the same. 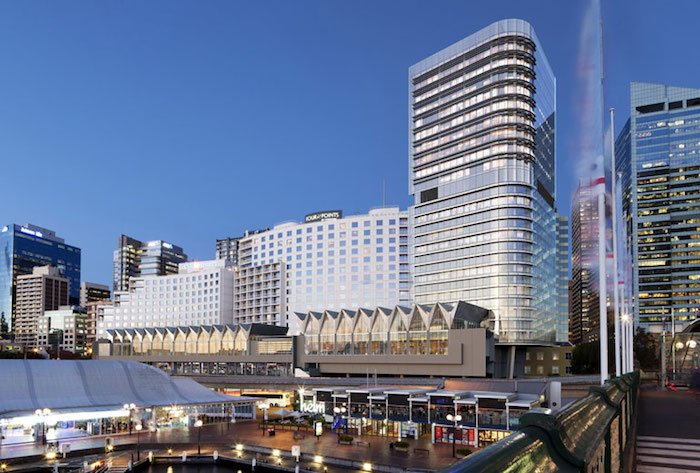 Four Points by Sheraton Sydney (soon to be Hyatt Regency)

It’ll be great to have another points friendly hotel which will presumably be more reasonably priced. As of now the hotel isn’t yet bookable as a Hyatt Regency (though you can still book it as a Four Points for stays after November 30), though I’m sure it will be soon. I’m curious to see what category it will be priced at.

If I had to guess, given that Hyatt Regency is a bit more upmarket, I suspect this will be a Category 5 or Category 6 Gold Passport property, making a free night redemption 20,000-25,000 points. I hope it’s a Category 5, but given what an expensive hotel market Sydney can be, I wouldn’t be surprised if it’s a Category 6. 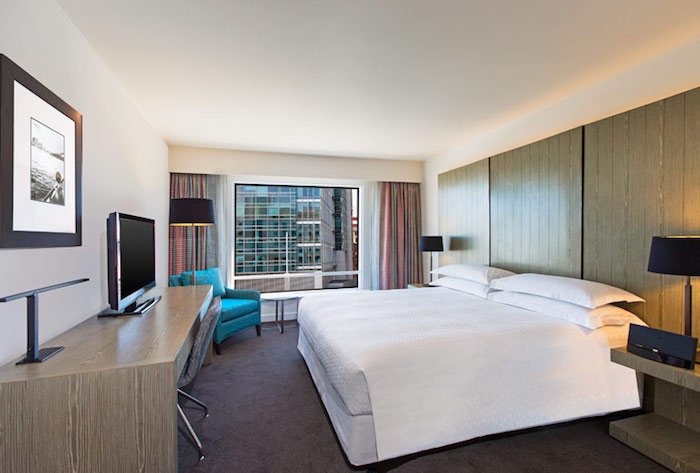 Four Points by Sheraton Sydney (soon to be Hyatt Regency)

This is an exciting addition to Hyatt’s Australia portfolio, which is otherwise quite limited. While the Park Hyatt is an awesome property, it’s extremely aspirational, so not in most peoples’ budgets.

As someone who is both a Hyatt and Starwood loyalist, I’m excited about this change, since Starwood has two other properties in Sydney, and will soon have a few more, due to their takeover from Marriott.

What do you make of the Four Points by Sheraton being rebranded as the Hyatt Regency Sydney?

Just to clarify, the redevelopment is almost complete and the image supplied is an actual photograph (not a render).

@jediwho I agree with Susan. As a BNE-born man now living in MEL who loves to visit SYD almost every single year since I was in my twenties, 3-5 days if SYD is but only one stop on your itinerary is MORE than enough - it is no Manhattan. As evidence, we are telling my brother-in-law & his fiance from Austria to only spend 2 days there when they visit later in the year. @jason I have stayed here several times over the last 12 years and have NEVER paid anywhere near what you are suggesting, and never would; I would only pay that for the Sheraton or Westin (and have done so a couple of times). @Rick is absolutely correct - $AU200-250 per night is normal. Any more than that and you may as well stay up at the Sheraton or Westin.

@jediwho: In terms of how many days in Sydney is enough - I guess it depends on what you want to do (especially if you are thinking of taking day trips out of the city, like to the Blue Mountains, or the Hunter Valley) I grew up in Australia (but not in Sydney), and found that three days in Sydney was enough for what I was looking to do - any out of city trips were always done on separate occasions. I usually spend two/three nights in Sydney on each return visit I make. If you are making a trip to Sydney as your only destination (in other words, aren't traveling elsewhere around Australia), then 8+ days would be better, but if Sydney is just but one stop on your itinerary, then I think 3 days is enough.