A few weeks ago, my friend Pat emailed me about a bump situation she was in. She’s a 1K Million Miler with United, and on three occasions within the course of a few weeks was on oversold flights that took volunteers, but on none of those flights did they take her as a volunteer. The issue didn’t seem to be operational, which is a legitimate excuse. For example, sometimes they’ll need two volunteers, and they only have a total of three volunteers — you and a party of two. Even if it’s a 1K vs. two non-status passengers, they’re pretty justified in taking the couple. But in this case, it seemed like all the bumps she missed out on were oversights by the agent, who played the clueless card when approached about it after the fact.

She followed up with customer relations to clarify the policy, and their response included this:

the volunteer list is only offered at the gate on a first come first serve basis. Unfortunately, we do not use status in prioritizing this offer.

Rick, of the Frugal Travel Guy blog, seems to have had a similar issue, and also wrote a letter to customer relations asking about how bump lists are prioritized. The first response was BS, saying that the policy was an “internal process” and they can’t share the priority with him, but the second said a similar thing to what Pat’s email said.

You can certainly take what customer relations says at face value, but they know almost nothing about the operational side of the company. So I’m saying they’re 100% wrong. I’ve seen the bump list many times, as recently as a couple of weeks ago, and it is sorted by status. There’s no question about that. The thing that makes it slightly different than all the other priority lists is that the gate agents can pick and choose as they’d like, for good reason. When it comes to standby, upgrades, etc., the priority is determined by the computer, and it typically factors everything in, such as boarding priority, whether a passenger was disserviced, etc. Figuring out who to bump can take a bit more brainpower in some cases, because you have to figure out how they can be rerouted, do they have checked bags, would the airline need to pay for a hotel for the passenger, etc.

So first, let’s quickly discuss a few general tips for being bumped on United. First of all, get on the list and get on it often. When you first get to the airport or Red Carpet Club, add yourself to the list, assuming the flight looks full. I’m not the type of person that always adds myself to the list on a flight that has 100 empty seats. Typically the agent will say that it’s not looking oversold by that much (if it is at all), but just nicely ask if the agent wouldn’t mind adding you to the list anyway. This should cause a “United Customer Commitment” card to be printed out. Except for at the gate, don’t be discouraged when agents say “oh, the flight’s not over by that much.” Chances are it is.

Anyway, if I think it honestly looks like the flight will be oversold, I get to the gate an hour early. I know it seems early, but I recall two occasions where I had a bump “in the bag,” but the agents were super proactive and had already processed the bumps for passengers when I got to the gate 45 minutes before departure.

As soon as I get to the gate I give the gate agent a big smile and just ask if there’s any chance they’ll need volunteers. The big smile is key. Not so sound corny, but you’re starting your relationship with the gate agent. They have a lot of fine folks to choose from, so make sure they have a reason to choose you. If they say it looks like they might need volunteers, just say “great, I’ll be waiting right over there. I’m really flexible, and can fly whenever.” Then I always stand far enough from the podium so that the agent doesn’t feel like I’m stalking them, but close enough so I can hear what’s going on and they know I’m serious about getting bumped. 😉

So that’s probably usually about 10-15 feet away. Stand there and look at the agent in a non-obtrusive way. If they say they probably won’t need volunteers, just say “okay, thanks, if that changes please let me know, I’m on the list.”

Just following those easy steps has always meant I’ve been the first person to be processed for bumps, and that’s over the course of dozens after dozens of bumps.

But that doesn’t answer the tough question Pat and Rick have faced. What do you do when you see them page other passengers and it’s clear that they’re processing them, yet you should be the first one processed (theoretically)? Do you run up to them and say “stop, but I’m a 1K!” or do you watch it happen. Probably neither. In that situation I would probably inch my way closer to the podium immediately and ask how it’s looking. Hopefully they’ll catch their mistake and take care of you. You can throw in a comment like “oh, I thought the volunteer list was sorted by status,” but other than that it won’t serve much of a purpose. The gate agent won’t “un-volunteer” other passengers, and at the same time won’t take you just because. They’ll come up with an excuse.

So that’s why you should always get to the gate early, be nice to the gate agent and try to build a relationship with them (however small it might be), and then hopefully get bumped without problems. Beyond that, though, there’s probably not a whole lot that can save you. But when you get into a situation like Pat’s, I’m not sure if there’s anything that can save that bump!

Our entire group was bumped the first time I flew from Kathmandu to Lukla, Nepal (most dangerous commercial airport in the world) in October, 2008. We were supposed to be on the first flight of the morning but they bumped us to the second flight with no explanation. Incredibly, the first flight crashed and everyone but the pilot was killed. Since then I have never complained over any delays!!

[...] VDB's should be processed first by status, then by time of addition to the list. Sadly, though, GA's often ad lib and create/ignore written protocol. I'd recommend checking out Lucky's http://boardingarea.com/onemil...mp-situations/ [...]

Yup, they sort VDB lists by status. I still remember with glee when I jumped to the top of the a 5 person UA VDB list just because I was a MileagePlus member with no status as compared to non-MPs. Oh, and this was an Award ticket. I debated even putting my MP# into the reservation because I knew I wouldn't earn miles anyway, but I finally did it just for hairy of it. Was I ever glad. 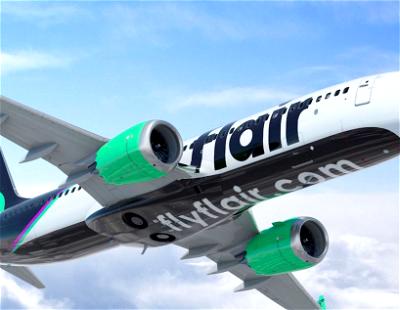