While Hong Kong Airlines recently received a cash injection, it doesn’t seem like that’s preventing the airline from having some planes impounded.

Hong Kong Airlines has been on the brink of going out of business for a while now, as the airline has been unable to pay staff, has had to shut off inflight entertainment, and has had to axe routes and return planes.

Earlier this month the airline was given a critical deadline by the Air Transport Licensing Authority of Hong Kong. They had looked into Hong Kong Airlines’ finances, and had determined that they “deteriorated rapidly,” to the point that they no longer meet the minimum standards to have a permit.

The airline was informed that they had just days to find new investors or more cash, or else their license could be suspended or revoked. At the last minute the airline received a cash injection from parent company HNA Group.

However, that certainly doesn’t secure the long term future of the airline, and it even apparently leaves the airline in a situation where some of their planes are being impounded. 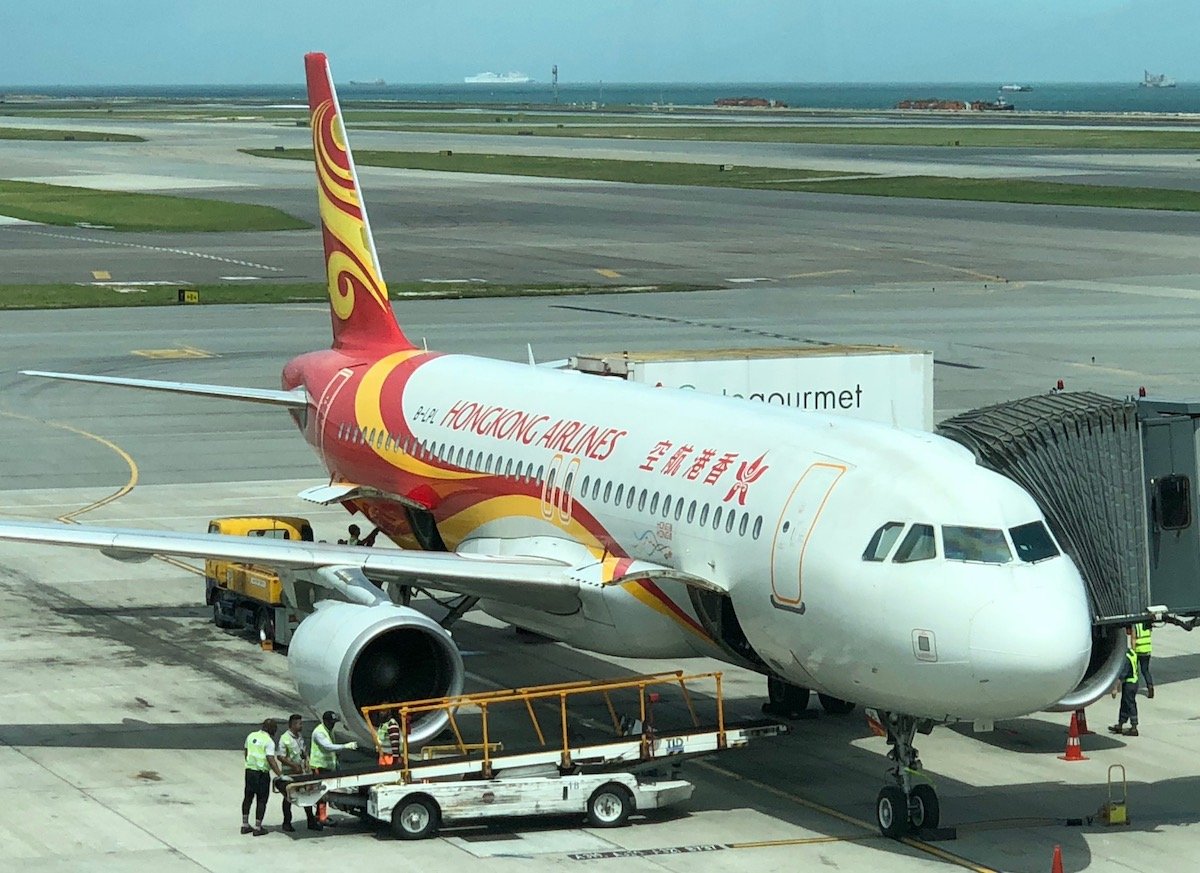 Danny Lee at the South China Morning Post writes about how the Airport Authority of Hong Kong (AAHK) has confirmed that seven Hong Kong Airlines planes at the airport have been impounded over unpaid parking fees.

Interestingly this doesn’t actually involve “active” aircraft, but rather involves seven planes that have been parked, as the airline has cut their route network to curb losses. It seems that the airline hasn’t been paying the standard parking fees for these planes. This decision has been made to protect the financial interests of the AAHK and the government.

Hong Kong Airlines confirmed this in a statement:

“Due to network consolidation, some of our aircraft have not been scheduled for operation and are currently suspended from service under the Airport Authority’s arrangement. Our current operation remains normal.”

The seven planes have been stored for anywhere between 56 and 318 days, so they’ve racked up considerable fees. The cheapest parking at the airport is allegedly about 94 HKD (12.05 USD) per 15 minutes, so estimates are that the airline owes somewhere around 11 million to 17.2 million HKD to the airport (1.41 million to 2.21 million USD). 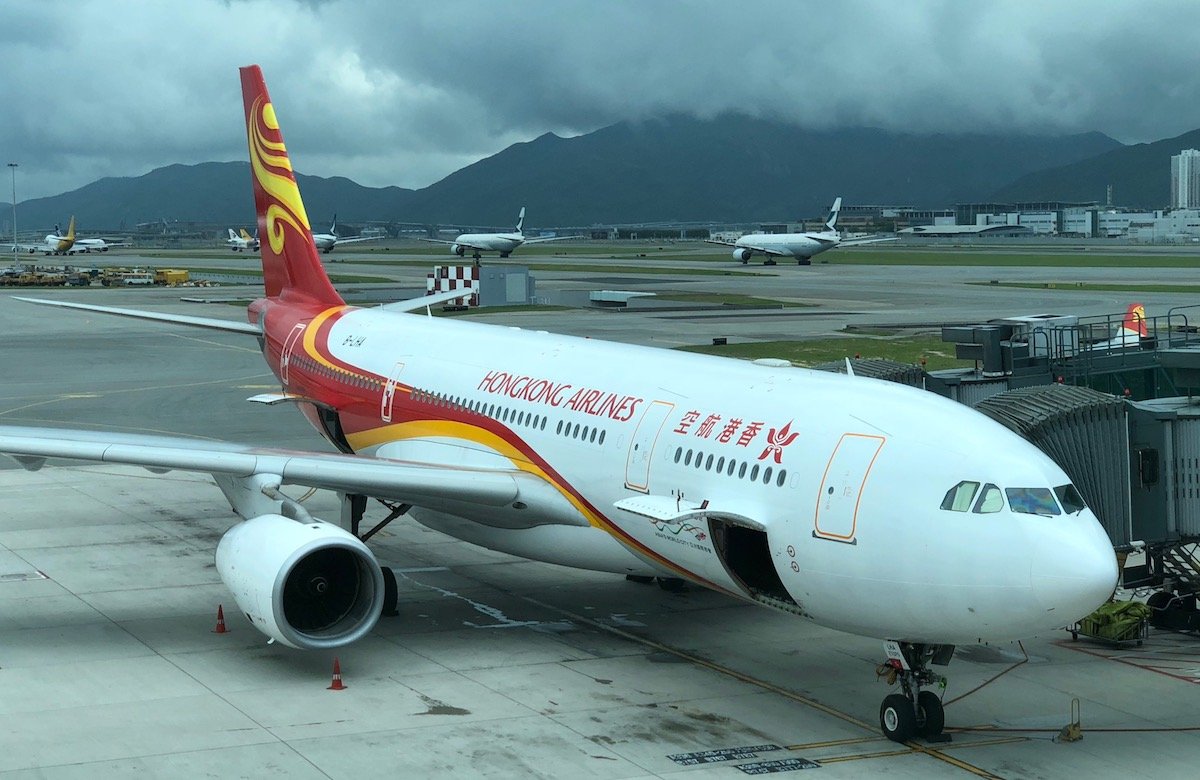 I’d be curious to know Hong Kong Airlines’ logic with leaving these planes parked at HKG for so long, which is known to be one of the most expensive airports in the world: 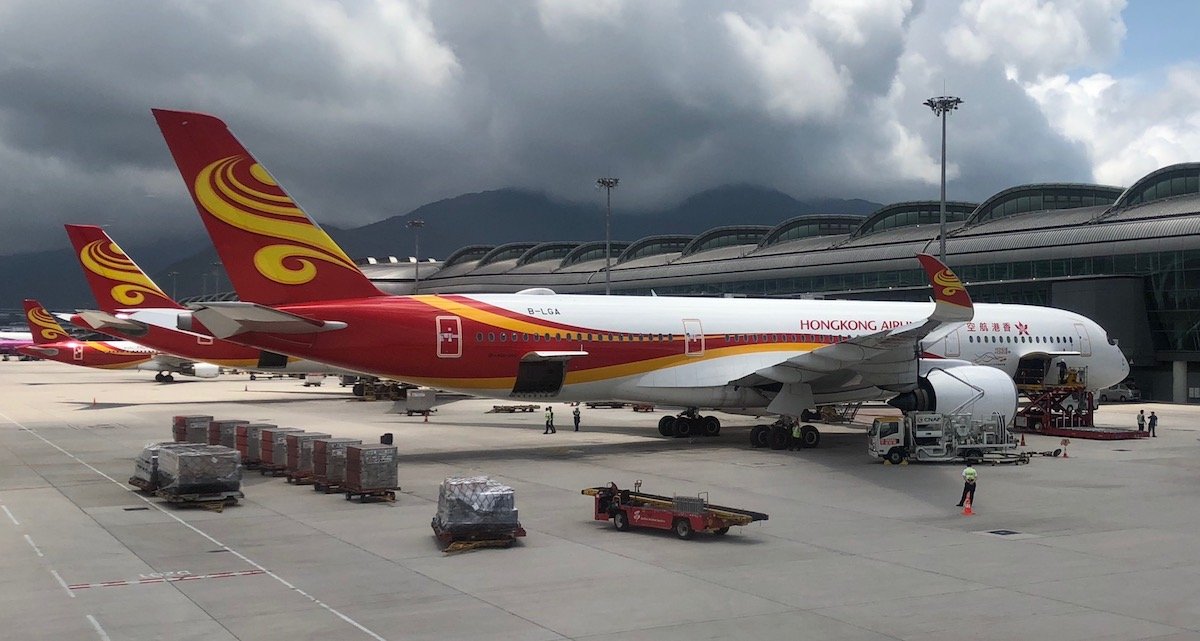 I’ll be curious to see how Hong Kong Airlines handles this. It seems like they don’t have any immediate uses for the planes, so I wonder if they’ll let the fees keep accumulating, or if they dig into their cash injection to pay this off.

With the airline only continuing to shrink, it does seem odd that they’ve had some planes parked for nearly a year at Hong Kong Airport. You’d think they’re return some of these planes to the leasing companies, even at a huge loss, because they could at least be making money somewhere else, no?

@Eskimo, you are obviously mentally ill. Greta Thunberg may be ADHD, but has integrity and consistency beyond a level you would never comprehend. And at age 16, no less. Going back to HX, I'll be happy to see them disappear. And then hopefully, CX will go under not long after that - the airline that won't hesitate to fire their employees based on political opinions expressed completely outside of the workplace.

What a shame. Really loved being an ID with that airline. So many going bust. Who is next.

@Chris given the number of airlines going bust in the last 18 months, there simply isn't a good reason to risk choosing one that has circling news on it going bankrupt. See it like insurance premium that you just fly another airline that may be more expensive. Also agree with Lucky, why on earth have they left these at HKG? So many cheap places they could have parked these on the mainland. Bizarre / indicative management practices.

49
One Cup At A Time: Musings About Airline And Hotel Coffee