The KrisFlyer program has a unique waitlisting feature, whereby you can waitlist an award ticket if there’s not currently award availability. In this post I wanted to take a closer look at how that works.

With the Singapore Airlines KrisFlyer waitlist option, you can waitlist award tickets for flights that don’t currently have any award availability. Here are the basic things to be aware of:

How do you waitlist Singapore KrisFlyer awards?

If that’s the case, you’ll basically just go through the booking process as you usually would, though you won’t have to provide credit card details. You’ll then get confirmation of your waitlist, and you’ll automatically be informed if your waitlist clears.

While it’s nice that Singapore Airlines lets you waitlist awards, don’t count on them clearing. First of all, let me note that the process is supposed to be automated, which is to say that you don’t need to do anything to make sure the award is waitlisted correctly.

Some report calling Singapore Airlines to follow up and have it manually reviewed, though I wouldn’t count on that having an impact. Back in the day Singapore Airlines PPS Club members sometimes had luck with this, but even that seems to be rare nowadays.

Until 2019, Singapore Airlines waitlisted awards could clear all the way up until the day of departure. At the time they cleared pretty regularly, since the airline was often willing to release unsold seats to award passengers. However, with waitlists now clearing or being canceled two weeks before departure, people aren’t having the same luck (after all, lots of seats are sold within two weeks of departure).

By all means waitlist yourself on several flights, but don’t count on the waitlist clearing. Think of it more in the sense that if the airline were to release more award seats on a flight, you’d have first dibs for those seats. Singapore isn’t especially generous with last minute award availability, so make of those odds what you will.

In general I’d say your odds are best in economy, premium economy, and business class, given the number of seats. Nowadays it’s extremely rare for waitlists to clear for Suites and first class. Why?

More often than not I find that these cabins just naturally sell out, and a couple of weeks before departure you’ll have at most one or two unsold seats. Tthe odds of the airline wanting to clear an award at that point are pretty low, especially since many premium cabin seats are booked within a couple of weeks of departure.

While I appreciate the concept behind this, unfortunately don’t expect award waitlists to clear, especially if wanting to travel in Suites or first class.

If you’ve waitlisted a Singapore KrisFlyer award, what was your experience like?

The whole waitlist thing never made sense to me, unless you are someone who plans every trip a few weeks beforehand. I plan WAY ahead of time so I can get the good business class mileage deals, so say 9 months out. If I did the waitlist thing I'd get on the waitlist 9 months out, plan an entire trip, and not know until 2 weeks ahead of time if I had a flight or not, and when the answer is that they don't usually ticket wait list, then suddenly you are 2 weeks out from your trip and have to book flights with the much more expensive close-in rates, so I just don't see how this ever made sense.

Why even have the waitlist option if you can't bother to give a decent chance for it to clear?

SQ miles have become essentially worthless for first/suites travel. Even at the highest priced award level, there is little to no availability, and forget saver all together. Advantage should be a level that has availability if there is a seat to be sold, considering the premium in miles SQ charges for it. 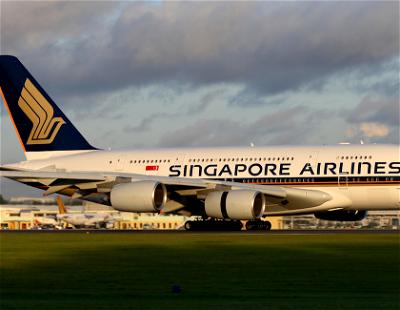 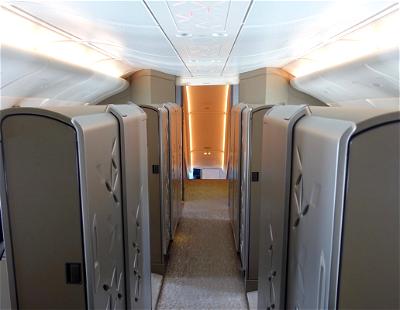