A Frontier Airlines passenger confronted the crew on his flight to express concerns over another passenger being sick. The response? He should drive next time, and should be on the no-fly list. Hmm…

What we know about this Frontier Airlines confrontation

TMZ has the story of what happened this past Thursday on a Frontier Airlines flight from Miami to Philadelphia. The passenger in seat 25C was concerned about a coughing and sneezing passenger seated immediately behind him (in row 26).

That’s not captured on video, so usually I’d doubt that. However, these exact sentiments were reflected by another flight attendant on the same flight.

When the man deplaned he confronted the crew about the situation, and in particular about how the flight attendant spoke with him. In the nearly 90 second video there are two flight attendants along with the captain, and the passenger tries to emphasize his concern about the sick passenger.

Here are some of the highlights:

My take on this Frontier Airlines situation

I have a few different thoughts on this.

First of all, we don’t know how the passenger behaved during the flight. Did he only bring this to the attention of the flight attendant once or twice? Or did he get aggressive, bring this up a dozen times, or get asked to stop but didn’t? I will say that the man appears to be extremely calm in the video, much more so than virtually any other airplane confrontation you’ll see on tape.

Next, the flight attendants should be acting more professionally. There’s absolutely no need for them to tell a passenger they should drive next time, or that they should be on the no-fly list. That’s just uncalled for, and shows a lack of ability to deescalate situations.

I’m not sure the airline realistically did anything wrong by not removing this passenger, though: 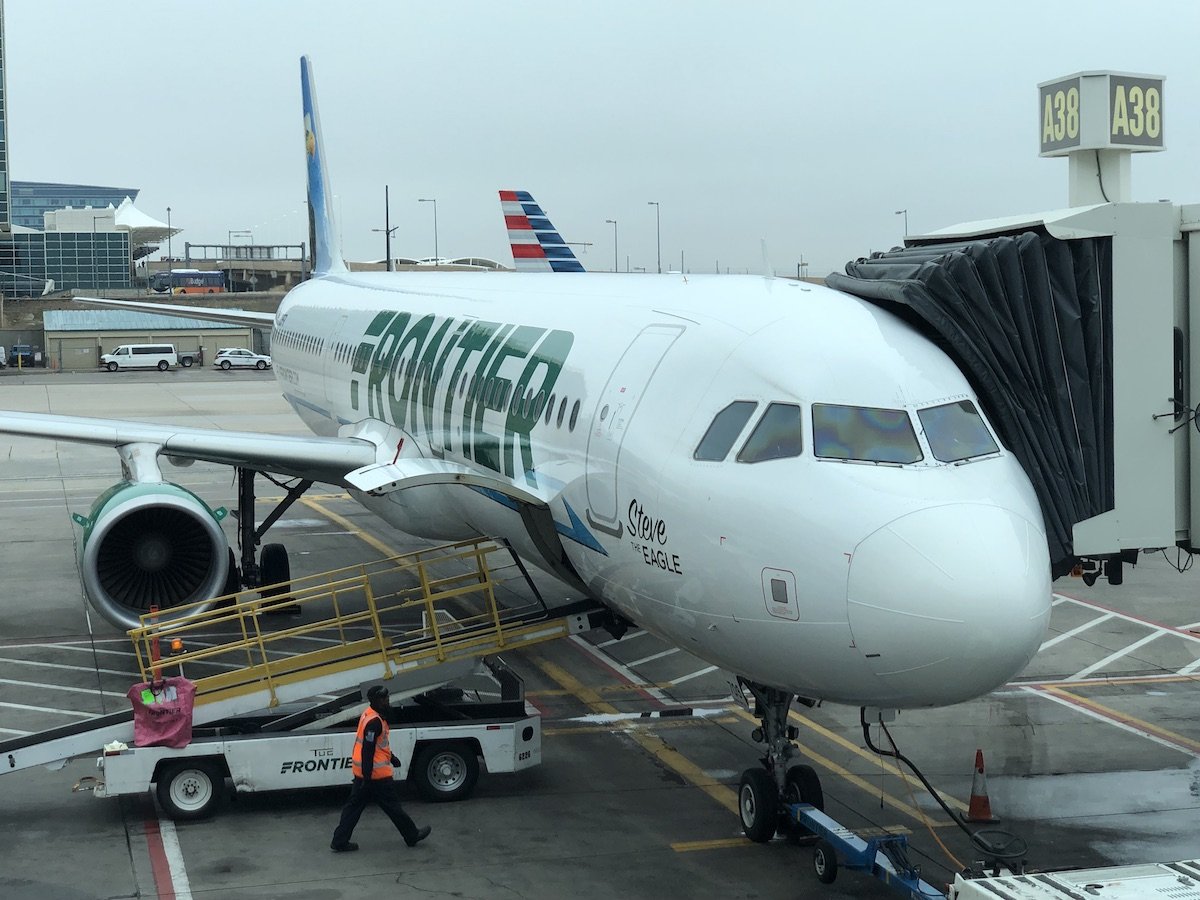 A Frontier Airlines passenger asked to be reseated when someone immediately behind him coughed and sneezed repeatedly. The man later expressed his concern to the crew again, and was informed he should drive next time, and should be on the no-fly list. Then when he expressed concern to other crew members about the way he was treated, they said the same thing.

I’m not sure the crew did anything wrong in terms of not removing the seemingly sick passenger (we just don’t know enough), but they certainly could have acted more professionally towards this man.

While the FAA has said it would adopt a “zero tolerance” policy towards misbehaving passengers, and Delta has even threatened to ban rude passengers, I’m not sure this would qualify.

What do you make of this Frontier Airlines situation?

They do indeed take temps if any at all u are not permitted on the plane .I totally enjoyed flying frontier airlines great crew on all the flights I have been on with them

As an frontier employee the FA was correct it's your choice getting on that plane but how can you remove a passenger when you are 35000' up in the air answer that question Not everyone who coughs and sneezes are sick it may be allergies my daughter has allergies and she coughs and sneezes all the time doesn't mean that they are sick you have a dumb sumption of something that you know nothing about are you his doctor, are you a doctor have you examined him? Just because someone coughs or sneezes does not allow the FA to remove anyone from a flight they would have to produce a covit test of positivity. And sometimes flight attendance get so frustrated by idiots who do not know what there talking about or are rude and obnoxious one can only take it for so long And you sound like you were one of them. And for the record I love my job and my company is good to me and treats me well.

Someone mistakenly sat in my seat on Frontier airlines. I asked the flight attendant if she could wipe my seat back down because it is no longer sanitized. She told me no. I asked if I could be sat Someone else she said no. That your assigned seat so you have to sit there. I just decided myself to sit somewhere else regardless of what that flight attendant said. I didn't know that man and im not going to sit somewhere where it wasn't cleaned