Yesterday I wrote about the interesting situation that unfolded between Frontier Airlines and Kyle Clark, a local news reporter in Denver. Long story short, Kyle did a segment about Frontier’s route announcement, and Frontier didn’t like it.

Here’s the segment, for those who haven’t seen it:

Then Frontier’s head of corporate communications did what I’m sure anyone who works in communications has dreamed of doing at some point, by shooting off a rude email to Kyle sharing how he feels:

It’s one thing to make fun of Frontier’s business model, complaints, etc., but when you start making fun of individuals, that’s on a completely different level. I’m guessing you must have some sort of short-man’s disease since your level is pretty low.

You enjoyed zooming in on our employees and making fun of them. Have you taken a good, long look at your picture above? Seems a bit hypocritical to me. First of all, were you standing on a milk crate so that the camera could get your face? Did your golden retriever die before you took this picture? I’m surprised your high school letterman’s jacket isn’t in the background.

And here’s the real gem from your bio on the Channel 9 website – Clark joined 9NEWS in 2007, drawn by the opportunity to tell meaningful stories alongside the station’s talented photojournalists, who are frequently honored as the best in the nation.

So zooming in on Michael and Lisa is telling a meaningful story? How you treated Michael and Lisa was completely rude and out of line. Sounds more like you’re trying to work through whatever your low self-esteem issues are. So it looks like that in addition to being a jerk, you’re also a hypocrite.

There are two updates to this story — one not surprising, the other just makes me shake my head.

The first update is that Jim’s last day at Frontier was supposed to be Friday, though he was let go a day early. I guess that shouldn’t come as much of a surprise. However, I hope he’s not leaving Frontier for another corporate communications job, or something tells me his offer may be rescinded.

But there’s a more concerning update, which Kyle did a follow-up story about yesterday:

While Frontier initially apologized for the way Jim acted, it seems that higher-ups didn’t stop there. Frontier’s VP of Communications, apparently looked into Kyle’s past and future reservations, to see if he has a history of complaints, etc. In other words, they were trying to find dirt on him. The most mind-boggling part is that apparently they were dumb enough to brag to Kyle’s boss about this.

Because Frontier bragged to my boss that they were going through my travel records to find out the real reason I criticized them. https://t.co/hYQMndHCqz

This almost seems unbelievable, but they admitted to it. Kyle asked them whether it’s standard practice to look for potentially compromising information when they’re publicly criticized by a passenger. To that they responded as follows:

“We take the privacy of our customers seriously and have strict standards in place for accessing travel plans or other related customer information. It won’t happen again.”

If they’re truly this incompetent on so many levels, I think it might be time for more than just Jim to look for a new job…

At first I thought the story was almost charming, at least in the sense that it was sort of like the corporate communications equivalent of when a JetBlue flight attendant cursed out a plane, grabbed a beer, and went down the emergency exit slide.

But the thing is, that only works when only a single person does that, and everyone else can say “oh yeah, we’re sorry about that,” even when deep inside they’re probably loving it. But in this case Jim’s boss acted just as bad by accessing Kyle’s travel information, and then bragging to Kyle’s boss about it. It’s one thing to access his information, but it’s another to brag to his boss about it.

Have not flown Frontier since they came out of their last bankruptcy and went ultra low cost. With the kind of management and policies displayed in this recent kerfuffle I see another bankruptcy for them in the future.

Did he say "low class"? Perhaps "no class" would have been better.

To the folks who ripped at me yesterday for calling out Kyle for reporting FAKE NEWS, there is a new definition of that term and it has been democratically introduced to the world: media that takes one insignificant piece of a story and spins it solely based on their own preconceived bias. Kyle took a video of Frontier employees holding a banner at a PR event and made a FAKE NEWS story out of nothing, just because he hates Frontier. This is why there is so much backlash against the mainstream media these days. Maybe Kyle should apply for a job at CNN, the world's leading purveyor of FAKE NEWS. 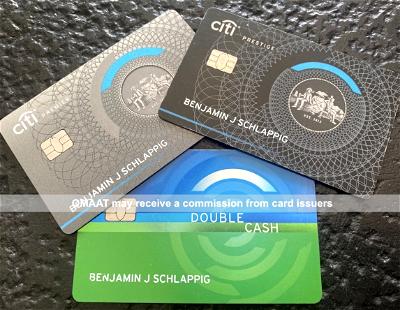