In January 2021, the Federal Aviation Administration (FAA) introduced a new zero-tolerance policy for passengers misbehaving on planes. With this, bad behavior while traveling could lead to jail time and/or fines of up to $35,000.

The FAA has periodically provided updates on its enforcement of this policy, and a new record has just been set in terms of the most expensive proposed fine yet.

The FAA is proposing a $52,500 fine against a passenger on a December 23, 2020, Delta flight from Honolulu to Seattle. Here’s what the passenger is accused of:

Yow! A few things to note:

While the above is the worst incident, the FAA also highlights three other passengers facing fines.

The FAA is proposing a $9,000 fine against a passenger on a February 15, 2021, Allegiant flight from Fort Lauderdale to Knoxville. Here’s what the passenger is accused of:

The FAA is proposing an $18,500 fine against a passenger on a February 5, 2021, JetBlue flight from Fort Lauderdale to Las Vegas. Here’s what the passenger is accused of:

The FAA is proposing a $27,000 fine against a passenger on a January 1, 2020, Southwest flight flight from Fort Lauderdale to Las Vegas (yes, this goes back over 16 months!). Here’s what the passenger is accused of:

The FAA alleges that after taking his seat, the passenger began yelling and forcefully banging his hands on the seat in front of him, disturbing nearby passengers. During the flight, he yelled that he was going to kill someone and that he had a bomb and was going to blow up the aircraft. Because of his behavior, flight attendants relocated several nearby passengers, and the captain diverted the flight to Oklahoma City. Police took the passenger into custody after the plane landed.

I’m impressed by the FAA’s continued enforcement of its zero-tolerance policy. When it was first announced I figured it was just an empty threat, but the FAA has consistently been applying it, and fining misbehaving passengers thousands (and in some cases tens of thousands) of dollars.

The FAA has set a new fine record, with a $52,500 fine for someone who tried to assault a flight attendant twice.

What do you make of the FAA’s huge fines against abusive passengers?

Submitting...
Featured Comments Load all 51 comments Most helpful comments ( as chosen by the OMAAT community ).

@AGB As mature adults who willingly spent whatever their ticket cost. Along with the knowledge of wanting to go from point A to point B for whatever occasion, comes the responsibility of knowing how to behave as an adult to avoid finding themselves in a position to need legal representation.

@Lune “these people who start fights”, “low class”, “poor”. “If you sit in economy on a $45 ticket you scored” ...it does not matter what socio-economic class you come from. If you are fortunate to arrange travel. No shoes, No shirt, No service...sit down, shut up, follow policies, then get off and go about your merry way!

If you have a behavioral challenged love one...maybe 30,000 feet isn’t your best choice of travel! 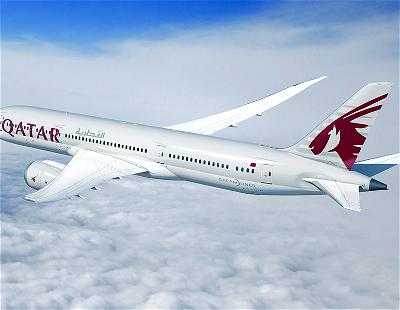