It’s not often I request a room with twin beds nowadays:

That being said, I’m presently on an extended trip with my friend Matt, which has taught me a lot about European hotels and how they seem to approach twin beds.

Generally speaking, when I think of a room with two beds, I picture a setup similar to what we had at the Sheraton Stockholm: 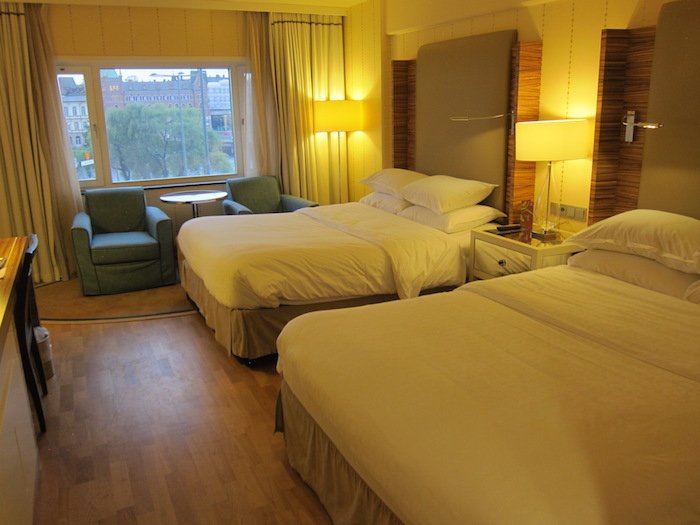 Regardless of the size of the beds, it’s nice to have a bit of separation between them, ideally in the form of a nightstand. That setup just makes sense to me.

Next we checked into the Grand Hyatt Berlin. I had booked a room with two beds, and at check-in we were asked whether we preferred a room with one bed or two beds. We expressed a preference for the latter.

We went up to our room, and found the following bed: 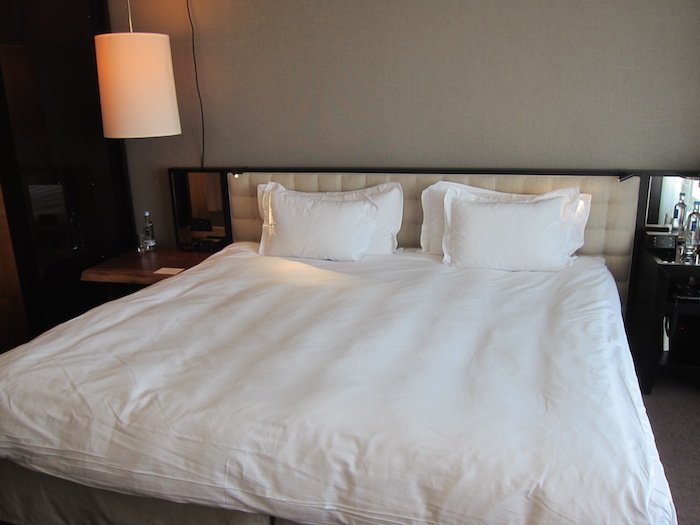 I know sometimes Europeans get creative with this stuff, so Matt lifted up the sheets, where we saw that while there seem to be two bed frames, there was only one mattress and one blanket. 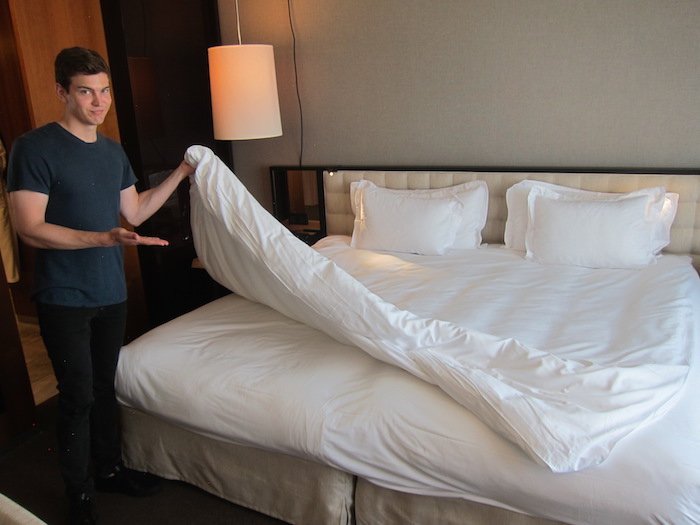 We reported this to a front office associate, who was perplexed, as it was supposed to be a room with two beds. She called someone to see if the bed could be turned into two beds. Apparently it couldn’t be.

So we were assigned a “true” Club Twin room, which looked like this: 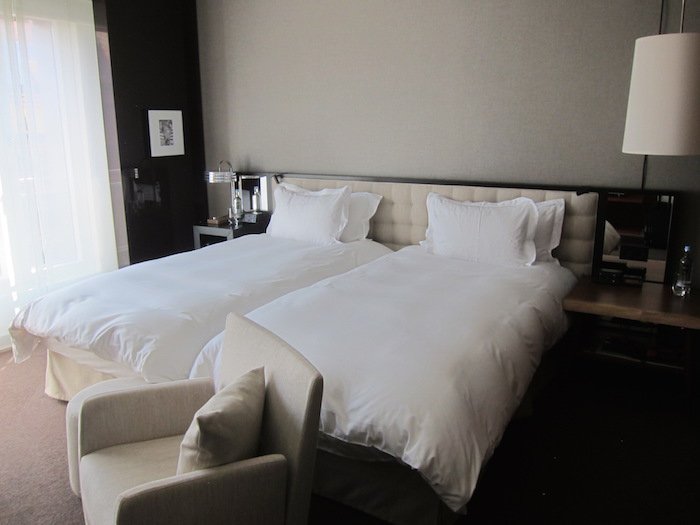 Admittedly that’s more separation than the previous room (though you still can’t fit an apple between the beds), though the two beds still share a head board. 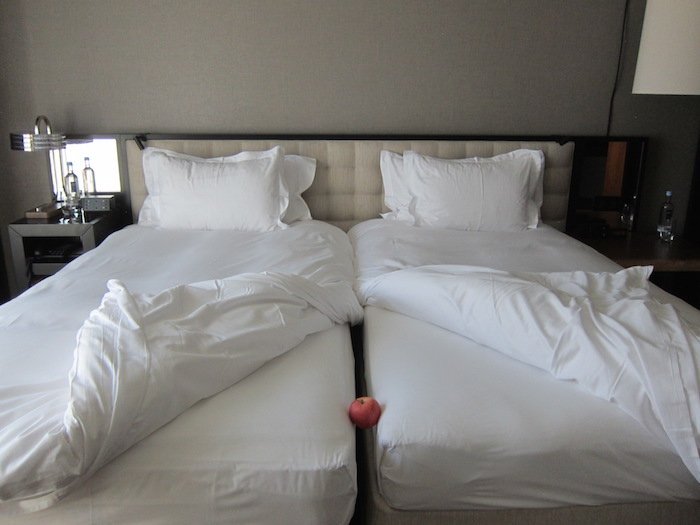 Matt wasn’t impressed when he inspected the separation (though I believe he added about two inches to that measurement, as one might expect). 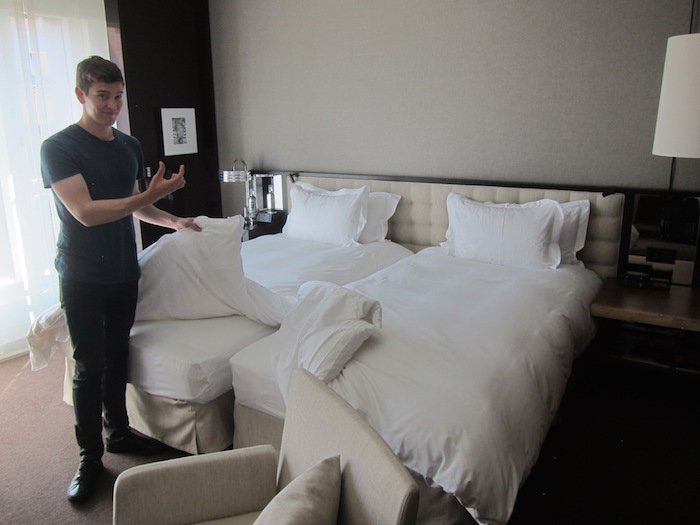 So of course this is totally minor, though I find it interesting nonetheless. Wouldn’t it make more sense to put a night stand between the beds, rather than have night stands on each side of the pushed together beds?

And I can’t figure out why so many hotels in Europe do this:

Regardless, color me puzzled!

Hi I am a long-married woman. 45 years this May. My husband has restless leg syndrome. (Everything is a syndrome these days, ever notice that? But I digress.) Just last night his legs were jumpy for 40 minutes. Drove me nuts, but it's not his fault. I started to think about the 2 bed idea, wishing I already had it. I think your article is a 'sign'. Fingers crossed he'll agree.

I share your frustrations. Looking at 2 separate beds for my brother in law in Switzerland and they look just like this. I'd prefer it if we didn't have to snuggle.

This is standard the world over and I am a Hotel GM in 9 different countries now in 4 different continents. The picture you showed is popular called "Hollywood Twin" a name made famous in Japan where this is very common. These are "Zip Beds" meaning the mattress can be zipped together to make a large bed, or unzipped to make 2 beds. (this is essential if its a M.I.C.E. hotel (Conference & Banquet) where you need mostly twins, but at weekends you need mostly Kings. The other picture is called "Double Double", meaning 2 double beds, this option is only possible in rooms that are a minimum of 36 SQM, but generally 42 SQM. These rooms generally cost more.