Etihad Airways has quickly gone from one of the world’s best airlines, to completely unexceptional. The airline had failed investments in airberlin and Alitalia which have put them in a bind, and rather than taking the opportunity to focus on their own passenger experience and get people onto their planes, they’ve been cost cutting with no end in sight.

I can appreciate the need for airlines to cost cut, and in moderation there’s nothing wrong with it. But when they introduce cut after cut after cut after cut, at some point you have to wonder just how low they want to go. Etihad has been on a cost cutting mission, while also doing what they can to generate more revenue. For example, the airline has eliminated pajamas in business class, but now sells pajamas in economy.

Etihad has introduced all kinds of cost cutting measures in their lounges, and they’ve just introduced another one. Etihad has eliminated the Style & Shave Salon in both their first & business class lounges in Abu Dhabi. Previously first class passengers received one complimentary treatment, which could be a shave, manicure, blow dry, or any of a number of other services. View from the Wing wrote about this a couple of days ago based on some FlyerTalk reports, but I wanted to verify that this was in fact the case, and it is indeed. They’ve even eliminated mentions of it from their website.

For now the Six Senses Spa remains open, and first class passengers can receive a complimentary 15 minute massage. However, who knows how much longer until Etihad eliminates that as well. In terms of other premium cabin services that have been lost lately, Etihad has eliminated complimentary chauffeur service outside the UAE, they’ve increased the cost of onboard Wi-Fi, and they’ve hugely cut back on dining in their lounges globally, just to give a few examples.

Did you ever use the Etihad Style & Shave Salon? What treatment did you get?

Lower oil prices means less revenues and hence less subsidies available for the ME3. Expect more cutbacks if it contninues. Dubai is technically not as dependent on oil revenues, but some of their FDI are from other GCC petrodollars.

@mark reasons I flew abu dhabi to sydney in Nov a380 first apartment and I found the food appalling. Everything was presented as showy but was downright awful. The mojito rather than champagne was the only thing I enjoyed. Cabin noisy as everyone on board Eating showering lights on lights off. The bed was just unbearable and the seat couldnt be put into a comfortable position. Won't do that again , will stick with other products

Just flew EY160 DFW to AUH in First. The DFW Lounge food is disgusting. Mainly salads. Sandwiches were old and dried out. The onboard service was great, as was the food. 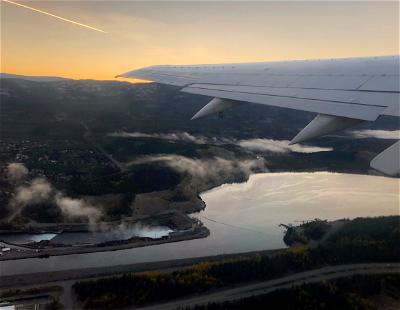