I’m in Europe this week dealing with really slow Wi-Fi so I can’t run as many tests as I’d like to determine exactly what award space SkyMiles members have access to, though it looks like my initial conclusion wasn’t quite right. Best I can tell, the more accurate statement would be that SkyMiles members don’t have access to any Upper Class award space between the US and London. I do see some SkyMiles Upper Class award space between Vancouver and London, for example (which is a seasonal service).

And I also see Upper Class award space between Orlando and Manchester. 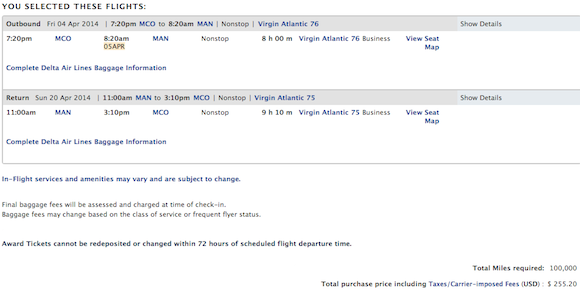 That being said, even on the above routes I can’t find any rhyme or reason to which space SkyMiles members have access to. I’ve done award searches between Vancouver and London on Virgin Atlantic’s website, and SkyMiles members still don’t seem to have access to the same availability, but rather just a subset of it.

I’m hoping we can work together to figure out what’s going on here. I’m dealing with Wi-Fi speeds that are approximately equal to those on Turkish Airlines over Siberia, so I’ve done about all the research I can. Has anyone found any routes between the US and London that have award space in Upper Class, or any other routes to North America that have award space (maybe between Las Vegas and Manchester, or between London Gatwick and Antigua, Barbados, Cancun, Grenada, Havana, Montego Bay, St. Lucia, or Tobago)?

[...] about this partnership as I have read great things about the Virgin Clubhouse, so since that One Mile at a Time mentioned that certain VS routes have no YQ, I was pretty interested. So I did a few [...]

Saw the YVR space a few days ago - which is actually a great find when combined with AS for West Coast flyers. YVR, CUN and Caribbean routes are great options (of course availability looks scarce). Remember you can avoid the APD by booking an AZ,KL or AF flight leading into the UK with a <24hr stop. That should easily save $200. Meaning these awards are bookable from West Coast US to Europe for essentially minimal fees.

I am a regular VS flier and have been scouring for two UC seats from SFO to LHR for ages and there is almost no availability for the next year. The VS UC award space changes very frequently and honestly I have always found it to be pretty stingy overall, even if I look when flights are first released they don't always release any award space. Not sure whether this partnership will make it worse or better.

23
Not A Whine: Emirates’ Unbelievable Wines 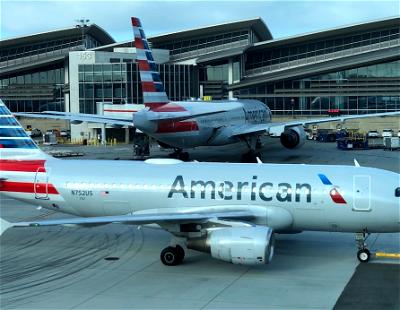 25
How Airline Pricing Will Evolve With No Change Fees