Radisson Rewards has just launched a sale on award redemptions. While it’s not the biggest or most useful award sale we’ve ever seen, I imagine some people will still be able to take advantage of this.

Radisson Rewards has just launched a promotion offering 15% off when you redeem for free nights:

Personally I value Radisson Rewards points at ~0.3 cents each, making it one of the less valuable points currencies out there, on a per-point basis. If you are going to redeem points, you might as well do so when there’s a redemption discount, especially given that you can stay through the end of the year.

At the moment the global Radisson Rewards program is incentivizing redemptions. You can get 15% off awards that are booked by May 31, for travel all the way through December 31, 2022. If you have Radisson Rewards points, this could be a great time to redeem them.

Do you plan on taking advantage of this Radisson Rewards points redemption opportunity?

I cancelled a Radisson Rewards reservation hoping to take advantage of this but the points are still not back in my account after an hour -- is this normal? I received the cancellation email, tried logging out / in etc, and nothing.

Same here - couldn't pull up the discount on desktop (multiple browsers), but was able to see it using my phone browser. However when I tried to book it, there was no discount :( All in all terrible interface.

I've had the same issue - the discount is not showing up on the app or the website. Perhaps they are using BA's IT?

14
How & Why To Transfer Radisson Rewards Points 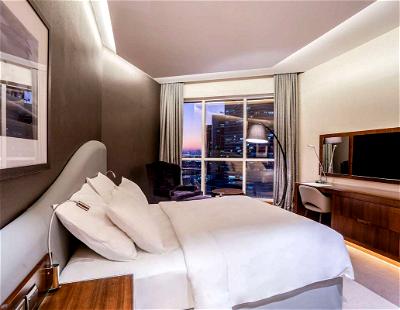