Historically credit card rewards haven’t been taxable. However, extreme greed by a couple caught the attention of the IRS, and has set an interesting precedent.

Generally speaking credit card rewards aren’t taxable. The reason is because the IRS views these rewards as being rebates on purchases you’re making. That’s because you’re earning these rewards for spending money on products, so these rewards are considered a discount on your purchase, rather than income.

“Generally, when a payment is made by a seller to a customer as an inducement to purchase property, the payment does not constitute income but instead is treated as a purchase price adjustment to the basis of the property.”

Couple gets taxed for $300K+ in credit card rewards

Here’s an interesting tax court ruling. In 2013 and 2014 a couple did a significant amount of manufactured spending on the Blue Cash from American Express Card — we’re talking about well over $6 million worth of spending.

I don’t talk about manufactured spending much here because it’s not something that I do or find particularly enjoyable. But this couple’s example is probably a pretty good representation of how this concept works:

The argument here is that in this case these purchases can’t be viewed as a purchase price adjustment:

“In this case, however, petitioners did not purchase goods or property to which a basis adjustment may apply. Rather, they purchased cash equivalents, in the form of Visa gift cards, Reloads for the Green Dot card, and money orders, to which no such adjustment can apply. As a result, the Reward Dollars paid to petitioners as statement credits for the charges relating to cash equivalents are an accession to wealth and income to petitioners.”

The court made an interesting distinction here, and decided that:

As the ruling goes on to explain:

“This case rests squarely in the legal chasm between the basic principle to broadly define income and respondent’s own policy. Petitioners’ aggressive efforts to generate Reward Dollars have created a dilemma for respondent which is largely the result of the vagueness of IRS credit card reward policy. Petitioners clearly acquired economic benefits by cleverly and relentlessly manipulating the Rewards Program. Their actions never offended American Express and had Mr. Anikeev not been so successful in his efforts he likely would have been ignored by the IRS. However, the scale of his success in acquiring rewards makes this case an extreme test of the longstanding nontaxability of credit card reward programs. To avoid offending his own longstanding policy respondent seeks to apply the cash equivalence concept. As we will explain herein we do not find it is a good fit.”

My take on this case

I’m neither a lawyer nor a tax professional, but rather just someone who likes points. 😉 Personally I don’t in any way think this will lead to all credit card rewards being taxable, though I do have a few thoughts on this:

Credit card rewards historically haven’t been taxable because they’ve been viewed as a rebate on a purchase, rather than as income. A couple took that to the extreme, and engaged in millions of dollars of manufactured spending in order to generate $300K+ worth of rewards.

A tax court has ruled that some of these rewards should qualify as income, given that these can’t in good faith be viewed as rebates on purchases, since there were no real products being purchased. Specifically, rewards related to direct purchases of money orders and reloadable gift cards are considered income.

The court ruling seems fair enough. and it seems like the ruling is largely specific to this particular case, and shouldn’t have too many other implications.

What do you make of this tax court ruling?

(Tip of the hat to Miles to Memories)

Seems to me this couple had a job where they played the point system and earned 300k. If this is a job and not just a hobby then it should be taxed.

Depositing millions of dollars of money orders into a bank account or series of bank accounts tied to a single person or couple in a year or two is going to generate a lot of Suspicious Activity Reports from the bank. That many bank-filed SARs for that much in deposits using cash or near-cash equivalents getting a manual review and further attention? That shouldn’t be a surprise; it should have been anticipated. The taxable income from the couple’s manufactured spending activity comes with a new tax liability as a consequence of this court ruling. Does it also come with interest and penalties for the non-reporting and delay in paying the taxes on the portion of 2013 and 2014 income which they hadn’t previously declared as part of their income in those two years?

They are kinda clever to do this. I am sure it was a lot of work but even when taxable, $300k is a pretty awesome annual salary (or maybe a bit less because it seems some of it was in the prior year). If they were not violating Amex's terms and it sounds like they were not? then I can't fault them for doing this. It's a pity they lost the ruling and I hope they have not spent all the money. Surely many people must have taken advantage of this scheme, allbeit to a much smaller extent.

4
Which Credit Card Should You Buy Points With? 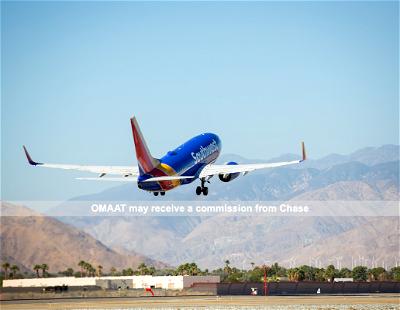 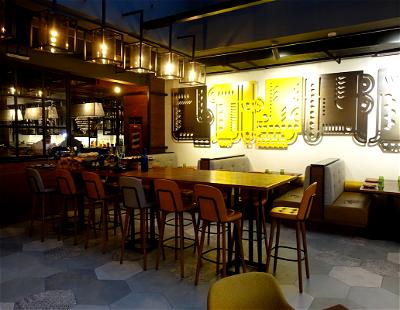