As of last year Chase started sending out 1099s for points earned in certain ways, including through their “refer a friend” program. This is happening again in 2020, so in this post I wanted to take a look at what you can expect to receive 1099s for, since these seem to be in the process of being mailed out.

Here’s what you need to know:

The topic of taxation when it comes to points is an interesting one (let me say upfront that I’m not a tax professional, and this is just my take). As a general rule of thumb, airline miles, hotel points, and credit card points aren’t taxable. You’re only on the hook for taxes on points if they’re won as a prize (like if you win a sweepstakes), or if they’re an incentive that isn’t a rebate.

That last point can be confusing. Generally speaking credit card rewards are considered rebates, since you’re earning them for spending that you’re putting on credit cards.

However, when you earn a reward for referring someone to a credit card, arguably that’s an incentive that isn’t a rebate, since you don’t have to spend anything to earn that reward.

At the same time, historically (prior to last year) credit card issuers haven’t sent out 1099s for these types of things, so the fact that they started doing so last year suggests that they received some sort of guidance from the IRS.

Chase sending out 1099s for referral bonuses and more

Chase has a “refer a friend” program, where you can earn bonus points for referring people to some of their cards. The program is a win-win, as it allows existing cardmembers to earn bonuses for referring friends to cards they like.

Chase is sending out 1099s for those who took part in the refer a friend program. Not only that, but Chase also seems to be including the value of some Chase Pay promotions, retention bonuses, and annual fee waivers in some cases (not cards with first year annual fees waived, but rather situations where they made an exception and waived an annual fee).

They’re sending these to people who have received $600 or more in eligible “income” from Chase in 2019. This would include amounts received from any consumer business, including auto and home lending.

Note that this doesn’t apply to welcome bonuses or rewards from spending, but rather just points from referrals and a few other methods. If you haven’t received a letter yet, expect that you’ll receive one soon.

To clarify two points that confused some people in the past (especially those outside the US who aren’t familiar with the US tax system):

Chase valuing points at one cent each

While I don’t think it’s worth doing so here, note that generally speaking you can dispute the values for these kinds of things on 1099s. Several years back View from the Wing wrote a useful post about how to do this (it basically requires calling the IRS), and I imagine similar advice still applies.

If you earned points through Chase’s “refer a friend” program, through a Chase Pay promotion, through a retention offer, or received a waived annual fee on an exceptional basis, you can expect to receive a 1099 from Chase for the value of that, assuming you haven’t received one already.

On the plus side, at least the valuation of points is reasonable, and regardless of what tax bracket you’re in, this should still be worthwhile.

If you receive a 1099 from Chase, please report back on anything interesting you may notice.

Got a 1099-MISC for Chase for referrals, AF credits as well as some minor $10-25 credits. Just out of curiosity, some of the referrals credits are from members of the local group who we get together with from time to time. Can I deduct expenses related to these meetups?

Referrals are obviously taxable income. They always have been, but most people only bother reporting income declared on a 1099. Similarly, points for bank accounts are another form of interest, and so would be taxable. I'd be interested in the exact characteristics of the retention bonuses and annual fee waivers you mentioned. Normally these either take the shape of points for further spending (i.e., rebates) or a credit against the annual fee (again, a rebate). What am I missing? 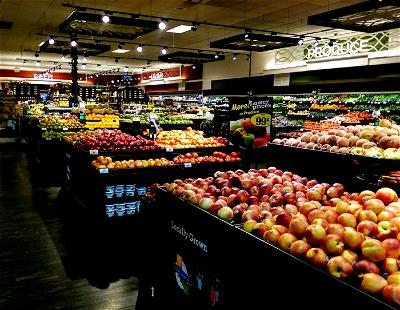