Etihad first class award redemptions are one of the most popular uses of American AAdvantage miles for those looking to maximize miles & points. In particular, redeeming miles for Etihad’s A380 First Class Apartment is a rite of passage in the miles & points world.

Etihad has a fairly small fleet of A380s, and they fly these planes from Abu Dhabi to London, New York, Paris, Sydney, and as of July 1, 2019, Seoul Incheon.

Generally speaking the best way to redeem for travel on Etihad is using AAdvantage miles. However, over the years American has certainly devalued redemption rates on partner airlines, including Etihad.

Nowadays you can expect to pay the following for a one-way first class award ticket:

Anyway, that last redemption value is worth highlighting, as redeeming just 50,000 AAdvantage miles for a ticket between Seoul and Abu Dhabi is a spectacular value. The flight is longer than Europe to Abu Dhabi, but is priced lower.

In general American’s redemption rates between the Middle East and both regions of Asia (Asia 1 and Asia 2, per American’s award chart) are a real sweet spot.

For what it’s worth, Etihad’s ~4,250 mile Incheon service operates with the following schedule:

The other thing that makes this such a great option is that award availability in the Etihad A380 First Class Apartment is wide open between Abu Dhabi and Incheon, which isn’t the case on most of Etihad’s other routes.

You can book this directly on American’s website, and the calendar should give you a sense of just how much availability there is.

There’s nothing actually new here, but sometimes it’s useful to call out specific award redemptions that represent a good value. Obviously this won’t be ideal for everyone, but for those based in Asia or the Middle East, or someone constructing a round the world trip, this could be a fun flight to take.

See this post for a full sense of what you can expect from Etihad’s A380 First Class Apartment.

@Boro I believe you are 100% correct. Routing rules have changed and NO SINGLE PERSON at AA can explain or understand your exact scenario, which I encountered flying from NRT - MLE as 1 award F. Now it is 2 awards as you can no longer transit through ME to go to Maldives from Asia. Kills what used to be a great deal and can't believe none of the bloggers are alerting readers to this change. Regardless, Etihad has killed any availability ICN to AUH (Might find it going the other way, but it has been blocked for some time). Probably figured AA redemptions would gobble it up. Too bad.

Thanks Ben. Although we flew in Etihad's First Class apts to JFK a few times now, as well as to syd, but actually planning to book Abu Dhabi to Seoul in order to connect to Hawaii on Korean from there. Very good article. Short and sweet. Thanks. 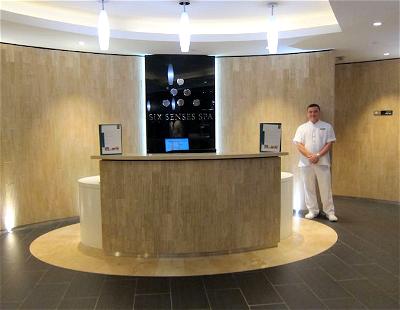