On Monday I wrote about my new obsession with Air Astana. It’s an airline I didn’t know much about before Monday, though they actually seem to run a pretty cool, quirky operation. I mean, if this isn’t, um, quirky, I don’t know what is:

As I explained, when I find an airline that fascinates me I sort of drop everything I’m doing and spend a couple of hours researching. While the immediate distraction probably isn’t a good thing, I can’t get over how lucky I am that this is sorta kinda my job. In the case of Air Astana, I was intrigued by their 767 business class product, which looks really solid. They also have the newest fleet of 767s in the world. 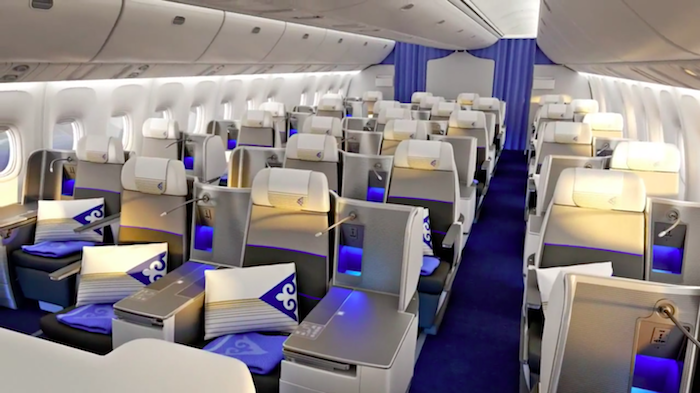 I presented a possible itinerary I was considering on Air Astana from Kuala Lumpur to Istanbul. 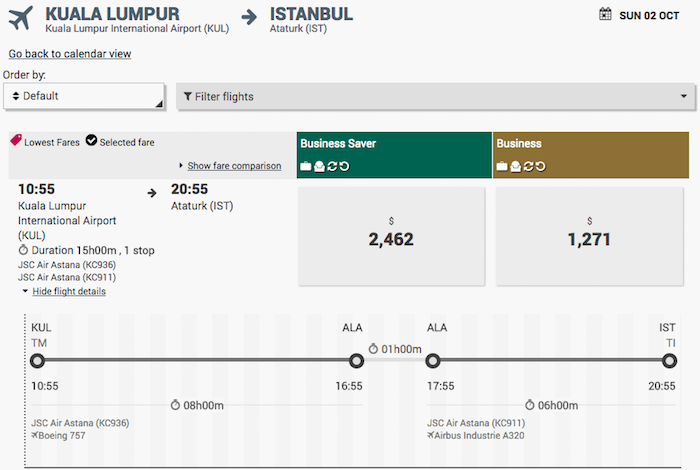 Half of the reason I post about trips I’m considering is so I can bounce ideas off you guys and see if you guys can improve them. And boy, you guys sure didn’t let me down.

The above itinerary was a good fare, though didn’t get me on their 767, and also only left me with an hour connection in Almaty. Ideally I’d like to actually visit the city, but at a minimum I’d like a long enough connection to actually review the lounge during my layover.

Well, after reading the ideas you guys provided and playing around a bit further on Air Astana’s website, I think I have the perfect itinerary:

After looking at several itineraries, I think this may just be the best option I’ve seen, and it prices out at ~$1,300: 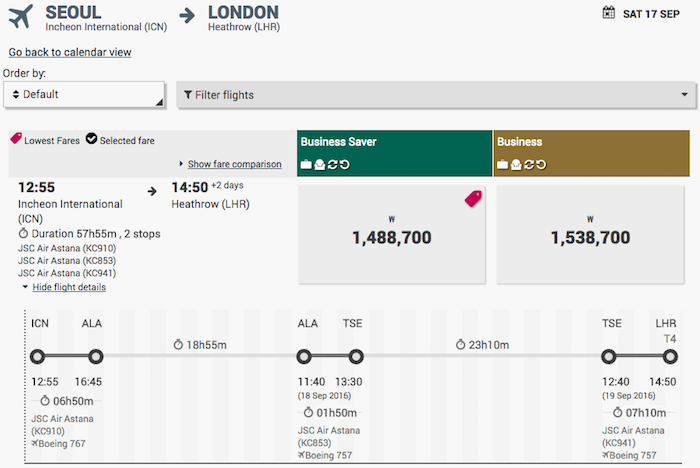 I’m really tempted to book this for travel in a few weeks. It’s a great fare, allows me to (briefly) explore two new cities, and ultimately I’d like to do this before it’s winter, as I imagine this trip will be significantly more enjoyable in summer.

What do you guys think? Has anyone been to Almaty or Astana? If so, what were they like?

That's awesome! I flew Air Astana in 2013 from Frankfurt to Astana. It was a new plane but with an outdated business class cabin. Astana is very interesting. There are some weird and quirky sights and nice places to eat. They actually have good wine in Kazakhtstan too. If I could sum it up, Astana looks like a city Mao Zedong and Dali would design if they dropped acid together once...or twice. Welcome to London!

Nice trip. Glad you will get time in Almaty and Astana. Been living in Astana for 4.5 years so can provide some ideas (from expat perspective). Firstly you will like the 767 and lucky for you the 757 is a daytime flight. Beds on those air craft are rubbish as you lie angled 3inches off the floor. Almaty you will experience the domestic lounge which is worse than the worst EU or US lounges out there but you can see for yourself. The TSE international lounge is new and quaint. Better place to spend your pre-boarding time than the main (small) terminal. No trip to Almaty will be complete without going to the mountains (chymbalak) and locals would not forgive you if you didn't . Easy to do in an afternoon. A nice hotel is World Saltanat where you can get air miles or there is the usual high end chains (ritz Carlton, Intercon etc). Some really nice restaurants (suggest Olivier). Astana is great for looking at futuristic buildings designed by international architects. Contrast the right bank with left bank of river for soviet vs new age design. Marriott (great rooftop bar) or Hilton garden inn are a couple of the newer and better hotels. Try some horse shaslick or if les adventurous go to NaKryshe, Olivier or Pane e Vino restaurants. As I said, I live in Astana so let me know if you want any more ideas or assistance.