Most of you probably remember the Asiana Airlines flight between Seoul Incheon and San Francisco which crashed back in mid-2013. The plane stalled on final approach, and ended up crash landing on the runway. Three people died, including one person who actually survived the crash but was hit by a rescue truck. The cause of the crash was ultimately determined to be pilot error.

While the crash happened almost three years ago, the city’s claim against the airline for damages is just concluding now. The airline and city have tentatively agreed on a settlement amount of $3.45 million. This includes $1.2 million towards the city’s legal costs, $1.6 million for airport damages, along with a further amount to go towards the airport’s aviation insurer. 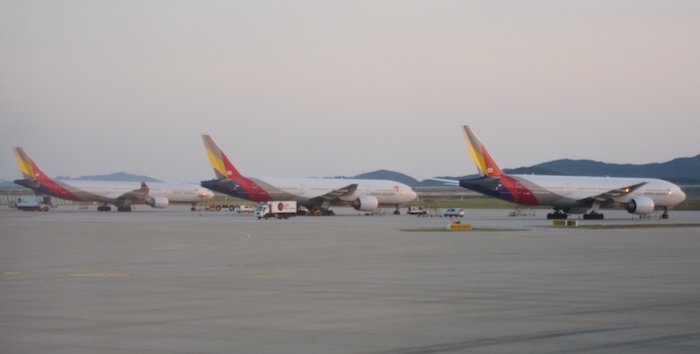 “This proposed settlement represents the final chapter in the sad tragedy Asiana caused, and we’re grateful to reach a resolution on our claims without the need for litigation,” City Attorney Dennis Herrera said in a statement.

This will go for a vote in front of the city’s Board of Supervisors, and if approved, would be the end of San Francisco’s claims against the airline.

Yes, no proof of a definite stall, although the stall warning (stick shaker) did activate seconds before impact with the sea wall. At that point the pilots had pulled full back on the control wheel, and so even if a stall occurred the tail could impact first since the plane was in a high nose-up position. As usual, there were multiple points of failure that led to the accident. The pilot flying was experienced but new in the 777. The glide slope at SFO was out of service for runway modifications, Asiana pilots relied heavily on automated flying, and the pilot later said he wasn't comfortable with a visual approach. The crew didn't understand nuances of the Boeing auto-throttle and failed to understand that their autopilot setting changes earlier had put the auto-throttle into "hold" mode. They thought the auto-throttle was active or would "wake up" and protect against an unsafe low airspeed. Target landing speed was 137 knots. The crew finally recognized their speed and altitude were too low at 90 feet, 110 knots, 7 seconds before impact with the sea wall. They applied full power then (throttles had been at idle). NTSB simulations found that if full power had been applied 12 seconds before impact the crash could have been avoided. So, yes, while there were some confusing quirks of the auto-throttle that many pilots didn't fully understand, three pilots in the cockpit watched or flew an airplane into the ground because their throttles were set to idle, the auto-throttle was not active, and their speed deteriorated well below what was needed for safe flight. http://www.ntsb.gov/investigations/AccidentReports/Reports/AAR1401.pdf

It is not at all clear that the Asiana aircraft stalled on approach. The airplane appears to have crashed because the pilots failed to adequately monitor the airspeed and engine power settings which caused the plane to sink below the proper approach path to runway 28L. The pilots added power and attempted to go around three seconds before impact. It seems that their efforts to correct the sink rate were simply too late. The tail of the aircraft struck the ground first. If the aircraft entered a stall, loss of lift would cause the nose to drop and strike the ground first. This crash seems to be an example of what is referred to as controlled flight into terrain, i.e. where an airworthy aircraft under pilot control is unintentionally flown into the ground.

Asiana paid $10,000 at the time of the accident to every passenger. Lawsuits by passengers against Asiana, Boeing, and other are ongoing. A year ago 72 suits had been settled, mostly those with more minor injuries. http://www.sfgate.com/bayarea/article/72-passengers-reach-settlement-over-Asiana-crash-6113481.php The family of the young girl who was run over by airport fire trucks and died dropped their lawsuit against the City of San Francisco without any financial settlement. Their lawsuit against the airline continues. http://www.sfgate.com/bayarea/article/Family-of-girl-run-over-after-Asiana-plane-crash-6432187.php