In late March we learned the full details of the Apple Credit Card, which will be launching this summer.

The basics of the Apple Credit Card

The Apple Card isn’t actually that great for anyone looking to maximize credit card rewards, though the card will no doubt have widespread appeal given Apple’s loyal following, and given some unique features on the card.

Here are the basics of the Apple Card:

The Apple Card will be offered from Goldman Sachs, which surprised many of us, since we assumed Amex, Chase, or Citi, might want in on the action.

So that brings us to some interesting updates on the card.

It’s being reported by CNBC that Citi was apparently in advanced negotiations with Apple for the rights to issue the card, though they pulled out over concerns that they wouldn’t be able to make money on the partnership.

Apparently other banks, including American Express, Chase, and Barclays, also had discussions, though none got in the negotiations as Citi did.

Some may remember that Citi took over the Costco contract from Amex a while back, which was an outrageously costly contract for them to win. That’s because they had to make the terms so good for Costco in order to steal them from Amex, and at this point many wonder if that was even worth it. Market share is great, but if you can’t make money on card members…

Could the Apple Card lose money for Goldman Sachs?

Apple will no doubt be making big bucks from their new co-branded credit card. Nowadays it’s generally the co-brand partner that benefits most from credit card agreements, as they can shop around and put card issuers up against one another.

Surely just about every card issuer wanted to work with Apple, so Apple had a lot of leverage in the terms of their agreements.

Now it’s making rounds that an employee at the card department of a competitor texted the following to someone at Goldman Sachs:

“Dude, if that portfolio ever makes money, I’m buying you a beer.”

I’m not sure why that text specifically got picked up for news stories, though it perhaps does very well reflect the concerns about the profit potential of this card.

In general card issuers make money from credit cards in a few ways:

What’s interesting in the case of the Apple Card is that it’s not actually that lucrative. You earn 1-3% cash back, and in general I tend to think this card will be most popular with those who are loyal to the Apple brand, rather than those truly looking to maximize rewards.

So why is there a fear that this card won’t make money?

In other words, it sure sounds like the Apple Card will mostly be relying on the average merchant fee being higher than the average rewards to make the economics of the card work, and that greatly limits the upside for Goldman Sachs.

I’m sure this card will work great for Apple — they’re presumably getting some kind of cut, and this will encourage people to use the Apple platform as much as possible. But one has to wonder how Goldman Sachs hopes to make money here.

In many ways the credit card landscape is changing. While plenty of people are still financing credit card charges, increasingly we’re seeing people get better at maximizing credit card rewards, and that also limits the upside for card issuers.

For example, Chase has said that they’re not sure they’ll ever make money on the Sapphire Reserve. People are spending a lot on dining and travel (where they’re having to award triple points), and aren’t financing charges as much as they expected.

Even for the Apple Card, which isn’t especially rewarding, it seems like the upside may be limited. Most of the money will have to come from merchant fees, and after the 1-3% in rewards, that really wipes out the margins.

This will be an interesting one to watch over time…

Citi will make a lot of money out of Costco. That cobrand was paid and financed by the winning card brand, not the bank. If you notice, that is almost the only portfolio with that card brand Costco carries in the US. Banks almost always win with a cobrand (except gas and telecomm--which are avoided by issuers). Apple/GS might not be as profitable as AA/Citi, but it will make some money and will give GS access to a database of "possible" clients for them to expand. Oh, and Lucky, yes, Chase is making money out of their Infinite product!

@magice Oh, and I heard they freaking charge their employees for gyms. BUT BUT BUT, I heard they gave gym allowance instead so you could use that to either pay Apple or pay your local gym. Even better in my opinion. Apple might be a greedy company but they are definitely not a terrible company. P.S. Vote with your wallet. As long as people are throwing money at an overpriced fruit (that is not even fresh as someone already took a bite) company, they are probably doing something right. Full disclosure: iDon't own Apple products and iThink only .... (dumb, smart, old, chic, whatever) are overpaying for technology. iStill don't get it why people buys the crap they are selling post Steve Jobs. After Jobs era, Huawei, Samsung, hell even Microsoft are way more innovative than Apple. iSuggest Apple fans thank Donald Trump for trying to kill off Huawei for Apple.

I personally don't see why the worry about Goldman Sachs. a. 1% cashback for general case is the base of the cashback card these days. b. the higher reward rates (2% for Apple Pay and 3% for Apple products and services) both have sizable profits for Apple, which they can share with Goldman Sachs. And remember, it's Apple we are talking about, not some random Chinese brands with razor thin margin. Frankly, I am surprised that they couldn't do better. Mind you, Target card gives 5% discount/cashback, and Target is merely retailer. Hmm, this probably only proves that Apple is a terrible brand. I mean, not only they charge premium on their customers, if Goldman Sachs actually worry about profit, Apple probably stiffs them too. Oh, and I heard they freaking charge their employees for gyms. How penny pinching can a company be? What a terrible terrible company. You are worrying over nothing. 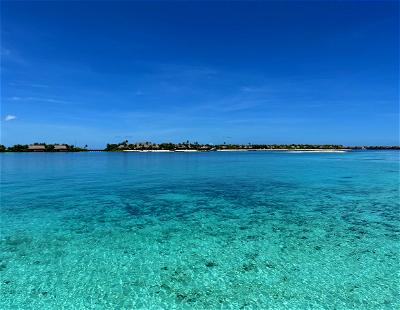 17
The 8 Credit Cards I Use Most For Spending 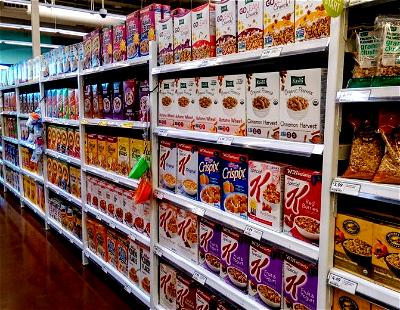