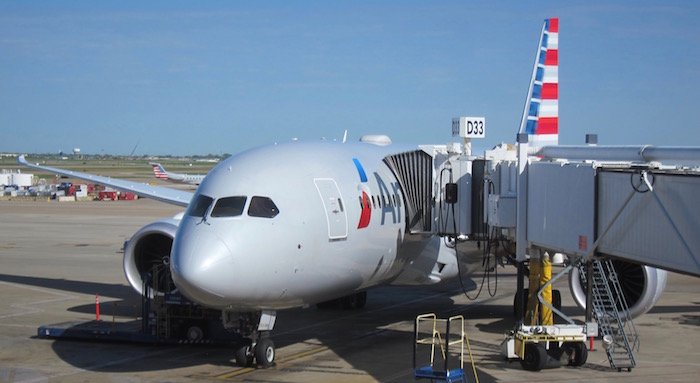 Obviously the announcements coming just days apart is no coincidence. As it turns out, there was only one slot available for Beijing, so when Delta requested permission to fly the route, American quickly followed. I doubt the route would have been on American’s immediate radar, but when they saw that Delta was going to operate it, they wanted to make sure they would get it instead. After all, American is trying to turn LAX into their Pacific gateway.

So over the past few months the airlines have had to make their case to the Department of Transportation about why they should be allowed to operate the route.

Well, the Department of Transportation has made their decision, and they’ve awarded American the right to fly between Los Angeles and Beijing. Here’s part of the DOT’s logic for awarding the slot to American:

The Department tentatively finds that the potential benefits of selecting American, and thereby adding a third U.S. competitor to the West Coast-Beijing market, outweigh the benefits that would be achieved through selection of Delta. American’s clear advantage in terms of U.S. connecting points would enhance both service and competition, and thereby maximize public benefits more than would an award to Delta.

While Delta also proposes to offer connections from U.S. points to Beijing over Los Angeles, all of the connecting points Delta proposes already have connecting service to Beijing on Delta over Seattle. An award to American, on the other hand, would promote intergateway competition, as passengers at a significant number of interior U.S. points, and notably those in the Western and mountain states, would have the meaningful option of reaching Beijing either on American over Los Angeles or on Delta over Seattle (as well as on United over its West Coast-Beijing gateways).

That does seem like sound logic, given that Delta and United already have flights from the west coast to Beijing.

I guess in the coming weeks we’ll find out when American will launch the route, what the flight times will look like, and what plane they’ll use.

At this point American’s transpacific route network out of LAX is looking pretty good:

What do you make of American being awarded the right to fly between Los Angeles and Beijing?

(Tip of the hat to LAXintl)

It's a shame. DL has a better biz class product and service than AA.

Love the idea of fifth freedom flight from Emirates: LAX-PEK-DUB, on A380!