I just flew American’s 777-300ER first class from Dallas to Hong Kong, which was a roughly 16hr30min flight. This is American’s longest route, and also one of their flagship routes, based on the fact that it features upgraded amenities and catering. Therefore one would hope that American would be putting their best foot forward on this flight. 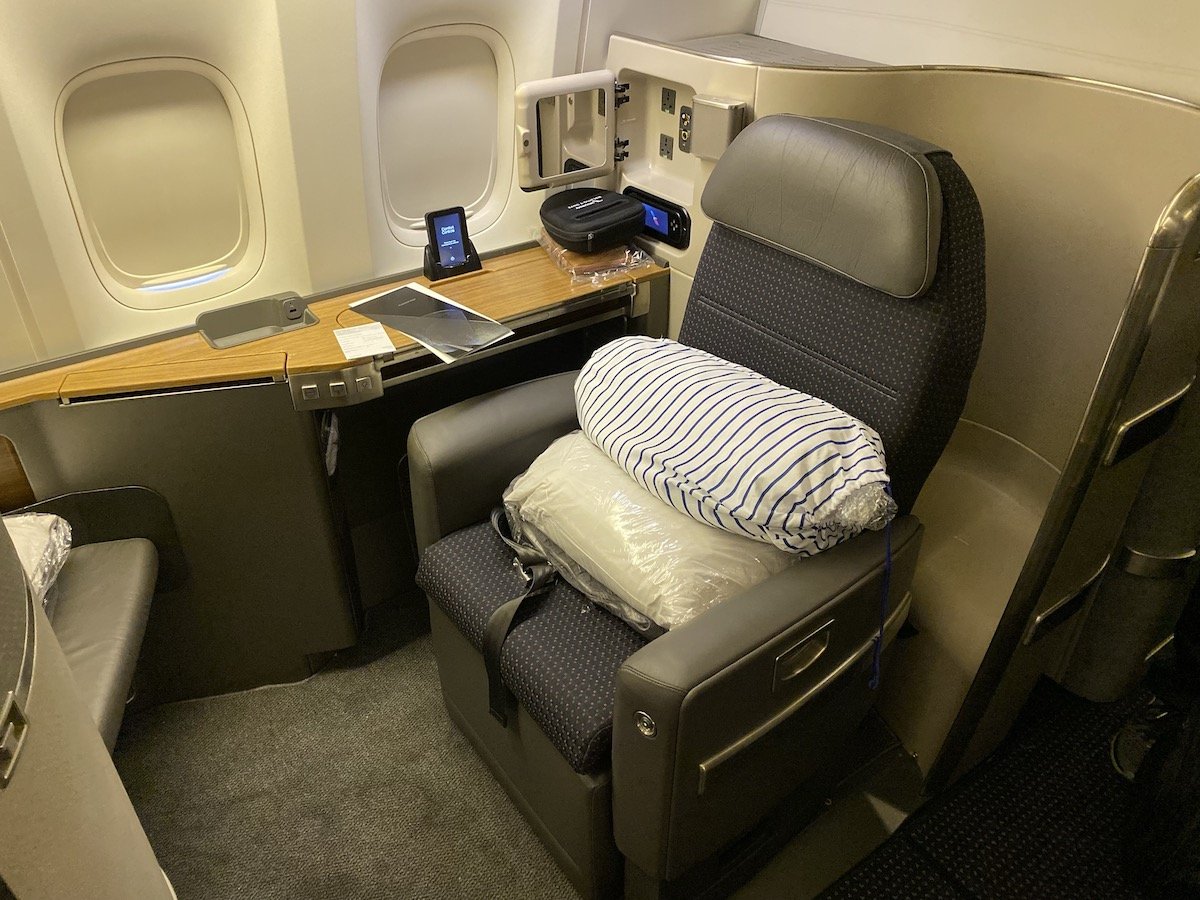 Also, while I doubt/hope no one was paying this much, for “shock value” I’d like to point out that a one-way ticket for this segment in first class would cost $6,900.

Full disclosure, I was on a paid business class ticket and upgraded to first class with a systemwide upgrade.

While I’ll have a full review of this flight soon, in this post I wanted to focus specifically on the service from the crew (I won’t talk about the food, amenities, seats, etc. — I’ll save that for the review). All I can say is “wow,” and I don’t mean that in a good way.

I have low expectations when it comes to service on American, though I couldn’t believe how bad the service was in first class. You have two flight attendants taking care of just eight people, and despite that, I’ve had better service in economy class.

The sad thing is that the flight attendants weren’t rude, and I wouldn’t even say they were “bad apples.” Rather it’s just clear that American in no way makes an effort to differentiate service in first class.

My “issues” with service on this flight fall into two general categories — there’s the lack of basic manners (which I’d expect even in economy), and then there’s the complete lack of anything “first class” about the service.

What Happened To Basic Manners?

There are certain things we’re taught as little kids, and that I’d expect no matter what business I patronize. And those basic things were missing here: 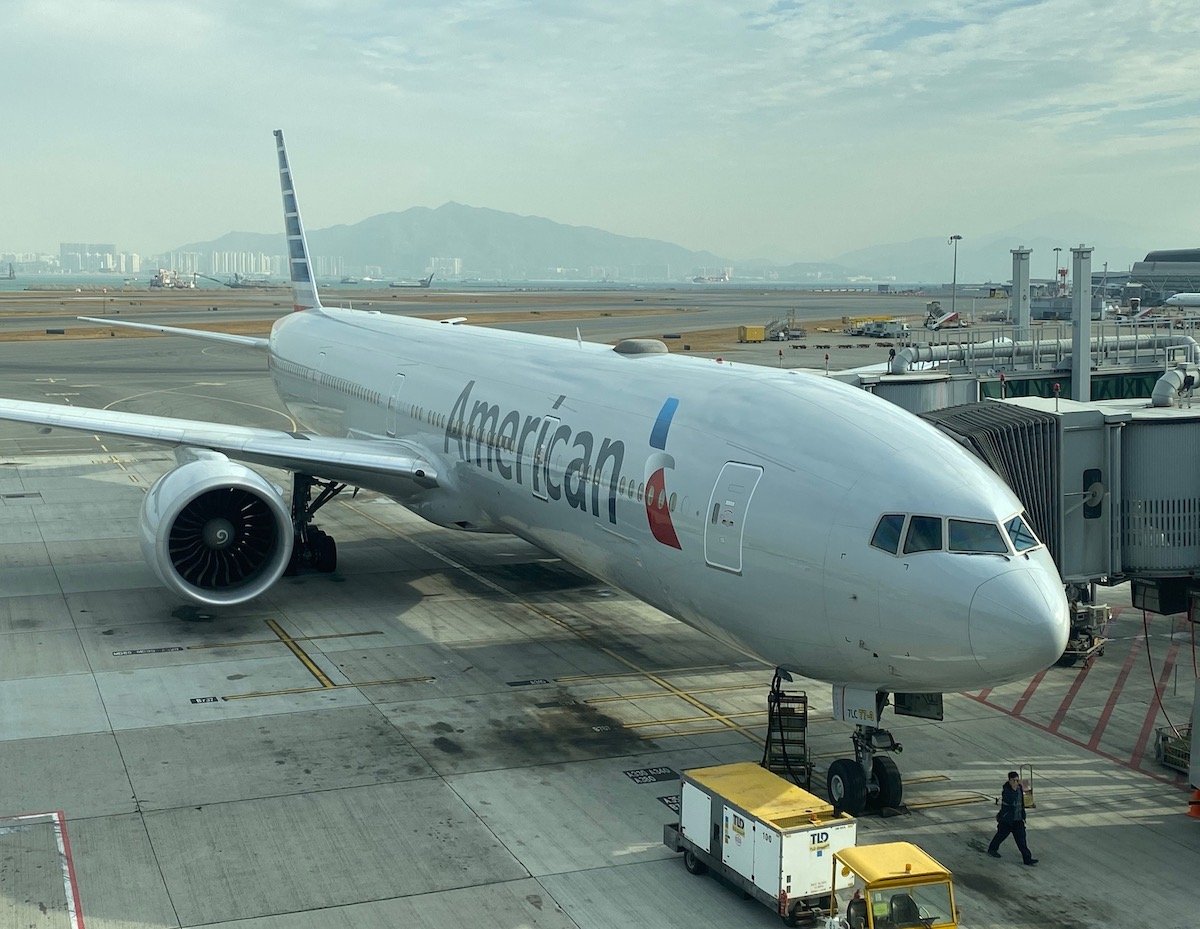 This Is First Class, You Say?

Then there are things that you expect to be standard in international first class, but that never happened: 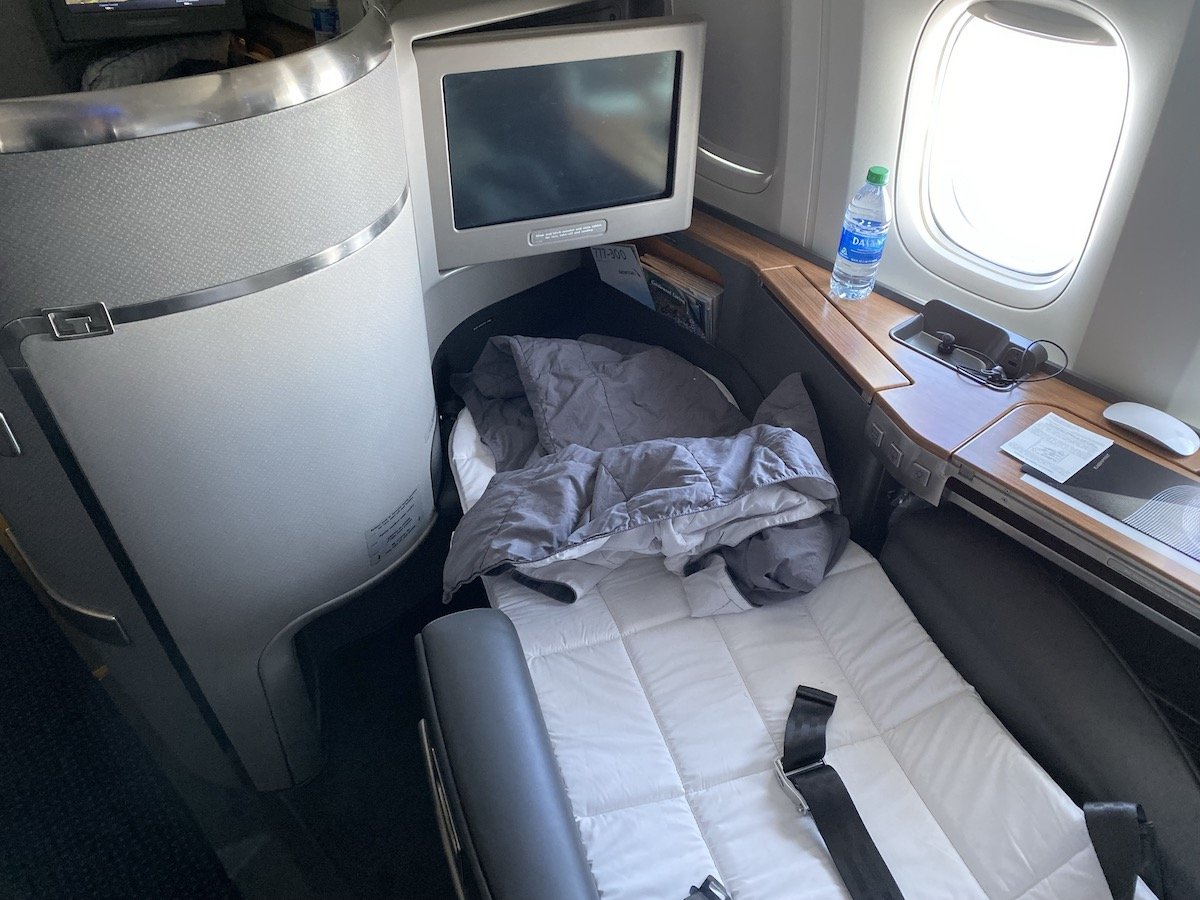 The most substantial conversation I had with a flight attendant on this flight was when I went back to business class to photograph the snack bar. As I did so, a flight attendant popped up and said with a smile “so how does it look?”

Go figure she must have either been the language speaker on the flight or a reserve, because she was otherwise too young to have the seniority to work this flight.

I Don’t Actually Think This Crew Was Especially Terrible

On the one hand, it’s mind-boggling to me how this is the service that American Airlines provides in first class. The sad thing is that this isn’t even a function of being well versed in the first class service, but rather it’s about the most basic customer service skills.

Should flight attendants have to be told to please speak in full sentences, and not to get passengers’ attention by saying “woohoo?” Shouldn’t that be common sense?

Here’s the thing — I actually don’t think that this crew was especially bad by American’s standards for this route. I don’t think these flight attendants should get in trouble, and I don’t even think they should be called into their manager’s office for their performance.

Working first class is more or less just seniority based, and that’s the extent of it. It’s not like American actually has strict service standards in first class, but rather there are things that they “encourage” employees to do. How often does that actually happen? Not very often, in my experience.

As far as I’m concerned these flight attendants were just providing service in line with American’s vision… which is non-existent.

I’d say this was the third worst service I’ve had in first class, after TAAG Angola and China Southern (though based on what I’ve heard, China Southern has improved significantly in the meantime).

Share
Tweet
Conversations (330)
The comments on this page have not been provided, reviewed, approved or otherwise endorsed by any advertiser, and it is not an advertiser's responsibility to ensure posts and/or questions are answered.
Write a comment
Cancel reply
Report a Comment
Thanks for letting us know!

Submitting...
Featured Comments
View all comments (330)
Write a comment
Most helpful comments ( as chosen by the OMAAT community ).

Did they serve heated nuts?

The real issue is that most carriers (especially in the US) don't care at all. They have destroyed premium service, most flight attendants are too young to remember or even know what first class was and consequently what it is supposed to be. Further US society has degraded to a slovenliness that means people don't dress decently or even understand basic manners in general. Passengers are a dime a dozen to the carriers.....don't like the service? Who else are you going to fly? One of our other two race-to-the-bottom legacy carriers? Pff....Delta gave up giving a rats ass around 2000 and United has prided itself on being the leader to the bottom since the 70s. Here's the bottom line....the US carriers couldn't care less. It's all maximizing profit. You leave? Plenty more where you came from. My advice? Air Canada, Air France, Lufthansa

I don't expect North American crew members to know how to serve champagne (or sparkling wine) properly with one hand held at the bottom of the bottle, even in First Class, but to hold a bottle by the neck and then pour it over the finger is over the line. That defies common courteously and hygiene. Of 119 flights and 32 different airlines that offer(ed) international First Class service that I had tried, that moment really was the worst. Sadly or fortunately a large majority of those were on AA miles but only 1 was and will be taken on American Airlines proper.