Last Friday I posted about how American seemed to suddenly increase their “AAnytime” award costs on some routes, including between New York and Los Angeles/San Francisco. AAnytime awards are the higher award levels you can book when there’s not saver level award space available, and over the years the cost of these awards has gone up significantly. 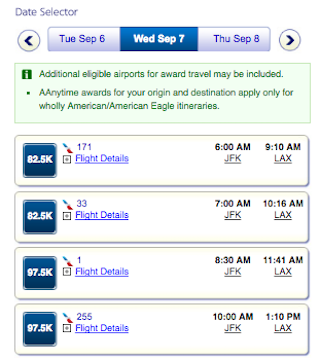 It used to be that these higher level awards cost twice as much as saver level awards, but that’s actually where we’ve seen the most award inflation. I can’t blame airlines for this, as these award seats are also potentially the most costly to them. That’s because people can use miles to book the last seat on a plane when it might otherwise be sold to a full fare customer (that’s much more costly than someone booking a saver award a year out, where airlines can optimize their revenue/inventory management as a result).

With that in mind, an American spokesperson was kind enough to reach out and clarify that American did in fact “shuffle/optimize” the existing award levels valid on flights between NY and LA/SF.

Here’s what the spokesperson had to say, in part:

We’ve had award levels higher than level 1 and 2 since we announced the new AAnytime program in April 2014.  This information is disclosed on our award chart – “There are select dates that require a higher number of miles (in addition to Level 1 and 2 awards).”

All these levels already existed and have been around since the summer of 2015.

During the course of the year, to better match demand, we also regularly shuffle/optimize the existing AAnytime levels that are valid on flights. Last Monday, this is exactly what was done with JFK-LAX and JFK-SFO — no new levels were added.

So here’s the problem. I fly American well over 100,000 miles per year and write about airlines/loyalty programs for a living. I’d like to think that AAdvantage is the single program I know the most about. Despite that, I can’t really make sense of this anymore. Perhaps that’s a clear answer as to whether or not the program is headed in a dynamic pricing direction or not. 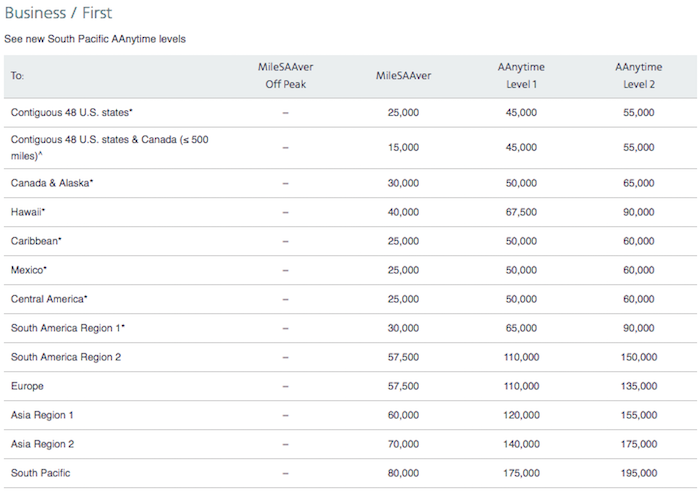 American has had the disclaimer saying that a higher number of miles may be required for travel on select dates:

But now I guess I understand the motivation behind that. They increased standard award prices for four days to establish the new higher levels, and now can say that charging those prices many days of the year doesn’t represent a new award cost, but rather represents them “shifting/optimizing” the existing levels. 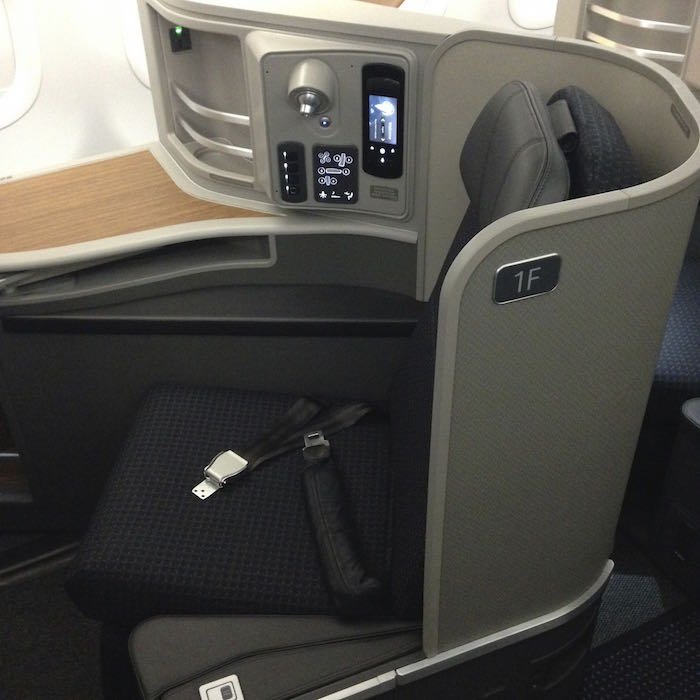 Well, I think it’s now official: the AAdvantage program has become too complicated for me to fully understand.

I'm currently on a Delta--yes, Delta!--status challenge from AA Plat. For me the biggest drawback on Delta is the lack of free E+ at booking, meaning paying extra up front for Comfort seats or else risking a middle seat, never a good idea. But after 3 Delta segments (plus 2 Air France/Hop!) I'm pleased enough with the overall experience to plan on meeting the challenge requirements. I did not feel this way after a United challenge. Traveling on an economy budget, so far I've found the quality of Delta's equipment, food, lounges, and employee attitude all a significant improvement over AA. The few years of ExP were fun, but I'm no longer flying 100k miles/year. AAdvantage's most recent changes destroyed any remaining inventive to put up with their second-rate product. (granted, I have yet to see how Delta handles irrops, but AFAIK none of the big 3 gets high marks in that department)

The devaluation of American status and miles is the last straw for me. Earning 27% less miles than I was receiving for coast to coast travel means American will lose all my business. I rarely get upgraded as Platinum and the benefits have just decreased to the point where its time to find another supplier.