5
Share
Tweet
In the interest of full disclosure, OMAAT earns a referral bonus for anyone that’s approved through some of the below links. Citi is an advertising partner of OMAAT. These are the best publicly available offers (terms apply) that we have found for each product or service. Opinions expressed here are the author's alone, not those of the bank, credit card issuer, airline, hotel chain, or product manufacturer/service provider, and have not been reviewed, approved or otherwise endorsed by any of these entities. Please check out our advertiser policy for further details about our partners, and thanks for your support!

Allegiant is one of American’s most consistently profitable airlines, though lately they’ve been running into some issues, especially when it comes to their reputation for safety. 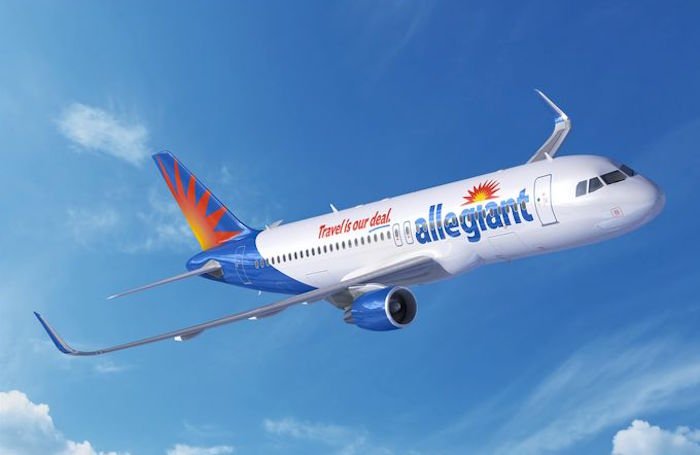 Allegiant certainly isn’t targeting frequent business travelers, given that their route network is primarily between smaller point-to-point markets, rather than operating major hubs, like other US carriers.

One thing that makes Allegiant unique is that up until now they haven’t had a points program, making them the only “major” US airline not to have one. Even Spirit Airlines has a points program, even if it’s a bit of a joke (points expire after just three months of inactivity).

Well, that’s finally changing. Allegiant Air is introducing a points program, though only for those with their new co-branded credit card, being issued by Bank of America.

You can now apply for the Allegiant World Mastercard. However, you really shouldn’t. 😉

This is essentially a not-very-rewarding and extremely restrictive cashback card. 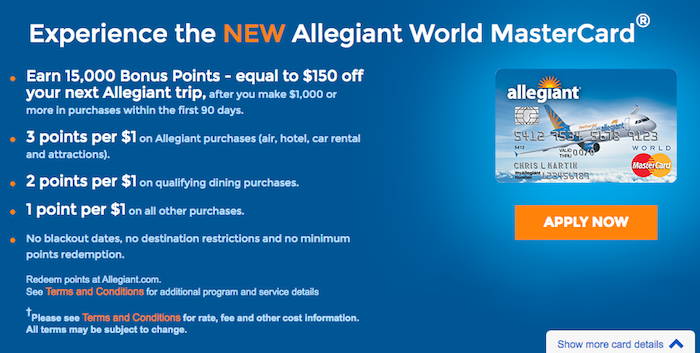 The basic details of this $59 annual fee card are as follows:

They market this card by saying “Finally, a credit card that helps you stretch your vacation budget.” I’m not sure what planet they’re from, but the concept of that is hardly novel — there are plenty of credit cards that are designed to do exactly that 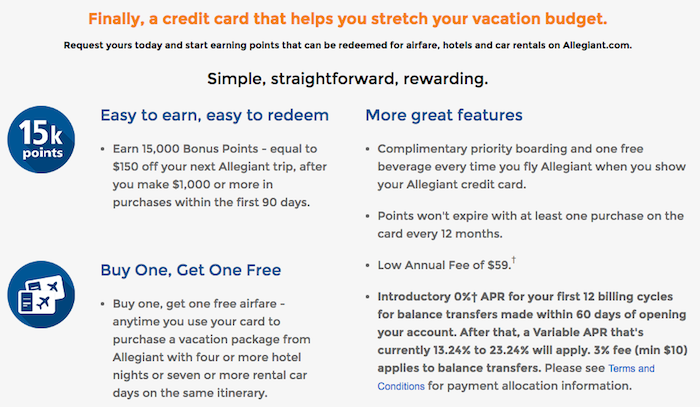 In the case of Allegiant, each point can be redeemed for one cent towards the cost of an Allegiant purchase, whether it’s a flight or a vacation package.

So this is basically the equivalent of a 1% cashback card for everyday purchases, except you can only spend those points on Allegiant. Furthermore, the card has a $59 annual fee.

Anyone who might consider getting this card should instead consider applying for the no annual fee Citi® Double Cash Card, which offers 1% cash back on every purchase, and then an additional 1% cash back when you pay for those purchases (in the form of ThankYou points). That’s a significantly better return, not to mention the card has no annual fee.

Of course not everyone is a rational or fully informed consumer, or else a vast majority of people would use this credit card to maximize their return on everyday spend.

Who is Allegiant targeting with this card? They have a very specific target customer, per Skift:

With the card, Allegiant expects to the same people who buy the bulk of the airline’s tickers — the female head-of-householders. The airline says its core customer is Christie, 48, a married former school teacher with two kids living in Sioux Falls, South Dakota. Her husband is co-owner of the local insurance company. “Christie has always been in charge of booking vacations for the family and hates wasting time and money,” Allegiant says in internal documents.

You can also expect them to hawk this credit card on all Allegiant flights, similar to what other airlines do:

But Allegiant expects to have something other airlines do not — motivated flight attendants. On every flight, they will make announcements and give out paper applications. They will ask passengers to fill them out and will collect them before landing. The on-plane collection is important, Davis said, because the airline fears customers will forget to mail them in.

Allegiant Air’s approach to a loyalty program is something I haven’t seen with any other airline before. They’re introducing a program, but only for credit card rewards, and not for those actually flying. The card offers stingy rewards and has an annual fee, which just seems like a very bad combo. I think they’re missing the mark on this, but who knows, maybe Allegiant has more brand loyal consumers than I expect.

I need to know why I can't use my rewards points under my log in page for Allegiant. I accumulated 400 points and it won't let me book a flight using the points because our joint credit card is linked to my husbands account. Can they be transferred? I'm really in a bind and need to buy a ticket.

My take on this CC. I thought at first the BOGO airline ticket would be a.great feature.considering we travel alot. Until i.got my bill and actually dissected the all the fees associated.with it. You must either book a 4 night stay or a 7 day car rental. Which you need anyway. When i questioned the amount on the bill for the rent a car 288.07. The contracted cost thru Alamo is 190. So they are making almost $100 extra off of you along with segment fees booking thru agent bags so in reality NOTHING IS FREE!! i called the OTHER day.to.find out about tix to Florida w/o the BOGO. 752.00. I looked on sight. It was almost 300 less if i do it myself. So once this is paid off.from last weeks trip. Will be another in the garbage!!!!

We live in a smaller city and use Allegiant frequently as they offer direct flights to destinations that aren't offered by other airlines in our city. I have an upcoming trip to book where I will be able to take advantage of the buy one get one airfare offer by booking a rental car as well, so I thought I'd give this credit card a try. Over a week later, and I'm still waiting to be approved. I have really great credit so I'm not sure what the hold up is...our mortgage loan was approved quicker than that. I guess they must have had on overwhelming response to this offer... I also find it interesting that they still plan to charge their credit card transaction fee (up to $8 each way per passenger) even if you are using the Allegiant credit card for payment. I'm not convinced this going to be a great deal either, in fact, they may have lost a customer before I even have the card in my hands.