As I wrote about yesterday, Alitalia employees essentially just voted in such a way that the airline will shortly be going out of business (or perhaps the way they see it, they’re calling the bluffs of management and the government and expecting to be bailed out for the umpteenth time). 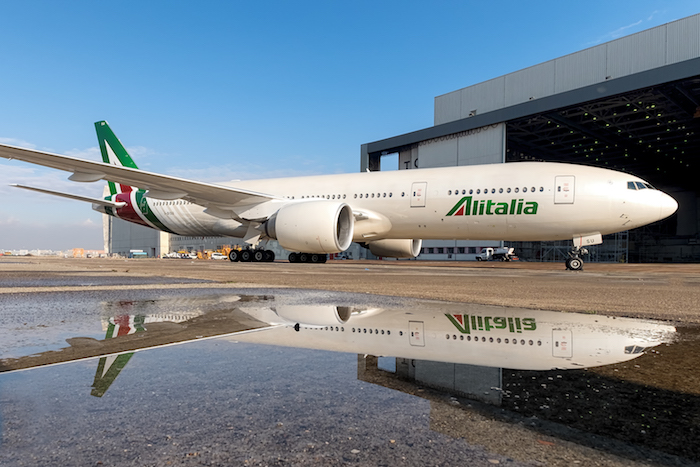 Alitalia has been in a terrible financial situation for a long time, though it has been especially bad lately. They’ve been on the verge of liquidation, but for political reasons got a new business plan approved by the board that would have kept them alive (see yesterday’s post for more on that).

Today, Italy’s transport minister, Graziano Delrio, has announced that Alitalia will be sold to the highest bidder, and that the government absolutely won’t bail them out. Per DW:

“Somebody believed that there would have been yet another public rescue. I will say it clearly: there will not be one,” he told the La Stampa newspaper.

Asked about the possibility of Lufthansa, Europe’s largest airline, taking over the ailing airline, Delrio said: “There are no obstacles, but it is up to shareholders to take decisions. The ball is in their court.”

Italian press reports have repeatedly speculated about a Lufthansa bid, but the German firm has not expressed any interest publicly.

However, with rumors of the airline only having enough cash to keep flying for 2-3 weeks, the government does say that they’re willing to offer Alitalia a bridging loan:

In another interview, industry minister Carlo Calenda – who brokered negotiations on the rejected rescue plan – said the government would only be prepared to offer Alitalia a six-month bridging loan worth between 300 and 400 million euros. The funding was intended to keep Alitalia’s flight operations going until a new owner had been found, he told the Radio 24 broadcaster.

With all parties (employees, Alitalia management, and the government) standing firm, it will be very interesting to see what happens next. I wouldn’t be surprised to see a deal made with another European airline, though I hope they know what they’re getting themselves into. It certainly won’t be business as usual much longer for Alitalia.

Personally,(As much as I would love them to cause they seriously need more members in their lead alliance, Oneworld), this opportunity does present IAG with a tough dilemma. On one hand, they would not want Alitalia to end up like Swiss (when the latter walked away from Oneworld and ended up under Lufthansa group's grasp), but on the other hand, they would also not want to recruit a carrier and end up having it go under (What happened with MALEV, Mexicana, and Kingfisher) that left Oneworld in the weak position that it is in. The IAG and Oneworld also have strong ties to Meridiana, so that would also be a factor in this decision.

We Italians are used to inept government making stupid decisions and are all bracing ourselves for the next bailout, despite the fact that the vast majority of us are opposed to it. Why should we invest in something that just provides us with awful service?! If a state-subsidised Middle-Eastern carrier can't make them solvent, any market-based EU carrier would be crazy to try. I am based in Rome and hold Oneworld Emerald and Star Gold membership. I avoid AZ as much as possible.

Would anyone buy a ticket on al italia now for the summer?