Alaska Airlines seems to have a love-hate relationship with Priority Pass when it comes to lounge access. Interestingly the brand new Alaska Lounge SFO has just joined Priority Pass, so let’s cover where that leaves us.

Meanwhile the other Alaska Lounges have most recently left the Priority Pass network as of the following dates (Seattle has three lounges, though we typically only saw one lounge belonging to Priority Pass):

As Priority Pass’ website describes this, the lounges that aren’t currently in Priority Pass are “not accessible until further notice.” So it’s possible that they’ll rejoin at some point in the future, but I wouldn’t expect it anytime soon.

For years now, Alaska Airlines has gone back and forth about whether its lounge network should belong to Priority Pass. Having a lounge be part of Priority Pass is both a blessing and a curse:

In early 2021 we saw most Alaska Lounges rejoin Priority Pass temporarily. This was presumably because travel demand was way down, so this was a great way for Alaska to generate some revenue and reduce losses from operating lounges. Of course at this point domestic travel is almost fully recovered to pre-coronavirus levels, so Alaska Airlines is facing the same issue it had in the past, which is that lounges aren’t big enough to accommodate Priority Pass members.

At this point the Alaska Lounges at JFK and SFO both belong to Priority Pass, with the latter being a new addition. That’s exciting, and frankly I wasn’t expecting to see the SFO lounge added, especially with other Alaska Lounges having recently been removed from the network.

What do you make of the Alaska Lounge SFO joining Priority Pass?

I see this article was just written/updated in June 2022. However, I just tried to enter the AS lounge at SFO and was denied (Priority Pass through Amex Platinum). They offered to let me in for $30.

Alaska Lounges are some of the worst lounges I have encountered and when I have commented before to them they deny the reality. Their selection of food is awful and fit for rabbits not people. Their lounge availability at most airports is non existent or extremely limited. They charge for items that should come for free. Why would you join?? By the way I am a loyal Alaskan Flyer.

This article is inaccurate. Just tried to use Priority Pass at the Alaska lounge in SFO and they didn't accept it. The front desk attendant said only the JFK lounge is taking Priority Pass. Interestingly they said it was because they just opened, which doesn't make sense to me. Priority pass is now either a scam or just straight up worthless. 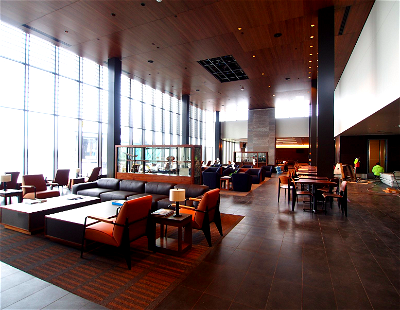