12
Share
Tweet
In the interest of full disclosure, OMAAT earns a referral bonus for anyone that’s approved through some of the below links. These are the best publicly available offers (terms apply) that we have found for each product or service. Opinions expressed here are the author's alone, not those of the bank, credit card issuer, airline, hotel chain, or product manufacturer/service provider, and have not been reviewed, approved or otherwise endorsed by any of these entities. Please check out our advertiser policy for further details about our partners, and thanks for your support!

In late August JetBlue raised many of their fees, including checked bag fees. Among other changes, they raised the cost of a first checked bag on a domestic itinerary from $25 to $30. Not surprisingly, United, American, and Delta, all followed pretty quickly. 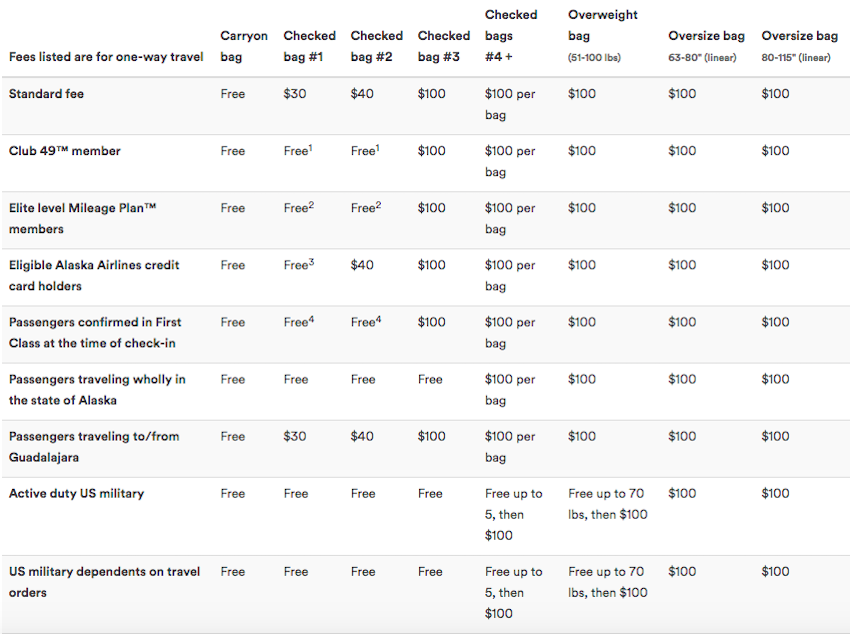 I’m not surprised to see Alaska following the lead of other airlines, though it is interesting how they waited a while to announce it, and are even giving significant notice (while in the case of other airlines the new policy was instituted effective immediately).

Alaska Airlines has a problem right now. The airline used to be a favorite on Wall Street, but since their takeover of Virgin America, Alaska’s stock hasn’t been doing great. The issue probably isn’t just the questionable/expensive takeover, but the fact that Alaska Airlines tries to have a backbone, and unfortunately that often doesn’t pay.

While American, Delta, and United have been generating all kinds of money through fees, Alaska Airlines has avoided introducing basic economy, and has even had significantly more reasonable change fees. The airline wants to do the “right” thing, but unfortunately that doesn’t always pay off.

As of this June, the airline increased change and cancelation fees on many types of tickets, which is a sad move that’s still not surprising. The airline has indicated that they plan to introduce new “saver fares” soon, which would probably be similar to basic economy.

It’s not surprising to see Alaska follow other airlines when it comes to these changes. It’s sad that this is the case, but the reality seems to be that trying to run a “good” airline just often isn’t as profitable as running a Scott Kirby-esque airline. Sad!

For premium and elite passengers, Alaska has the stingiest baggage policy of all US carriers. While DL, AA, and UA all allow 70lb for elite members and passengers in first class, AS sticks to a ridiculous 50lb limit. On my last PDX-LAX flight I got a big lecture about my bag weighing 52lbs and how they would do an exception only this one time, blah blah blah. I was ticketed in First Class and am an MVP member. After this I vowed never to fly AS again when checking bags because there are better options; AS is simply uncompetitive in this area.

@Alpha You nailed it. The FF plan is great for people who can figure out redemptions like a stopover in Asia with Cathay Pacific. But in the US on Alaska metal - tied to the cash ticket price, penny a point or worse (and without the great FF plan sales that Delta sometimes offers). As soon as Tilden runs his wrecking ball through the partner redemption rates and policies there will be no reason left to accumulate Alaska points.

Alaska is caught between a rock and a hard place right now in terms of product. The only two things they have working in their favor are a generous FF program and good customer service when things go wrong. They don't have the premium product or perks of jetBlue or the consumer friendly policies of Southwest, and lack the route network and perks of the legacies. ( And while their FF program is great for us travel hackers, for the average person who isn't taking a fancy trip to Tokyo or Bangkok it's actually kind of frustrating when you're sometimes stuck at 40k to redeem a one-way economy ticket. ) 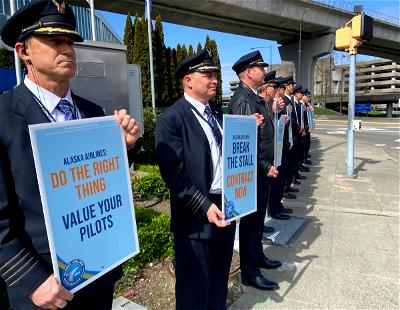