Australian Business Traveller reports that Qantas will begin enforcing their dress code at their Qantas Business Lounges and Qantas Club Lounges in Australia as of April 1, 2015. 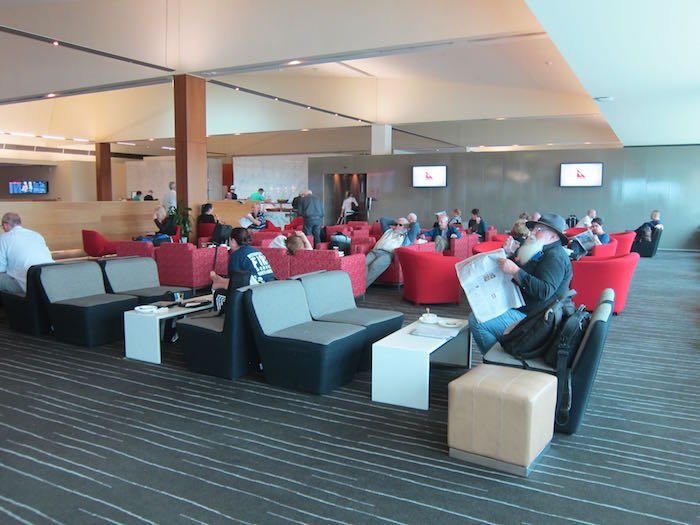 The lounge terms & conditions do already state a dress code:

Smart, casual dress standards apply at all times. Individual lounge managers will have discretion to administer these standards as they reasonably deem appropriate in the circumstances.

Though apparently they haven’t been enforced, and that will change in a couple of months. Via Australian Business Traveller:

“The dress guidelines for our lounges are the same as most restaurants and clubs” the Qantas spokesperson said.

“The vast majority of our members meet and exceed the guidelines, but we have had some feedback from customers that they want to see those guidelines apply to everyone.”

Until April 1, signage will also be displayed at the entry of each lounge reminding travellers of the guidelines.

I might be in the minority here, but I’m actually kind of opposed to this move by Qantas:

Regarding that last point, maybe it’s just me, but I couldn’t care less how people are dressed. What bothers me in lounges? The guy in the suit that’s yelling at the top of his lungs on the cell phone, the people taking things off the buffet without utensils, the people stealing food from the lounge, the people clipping their nails, the people putting their bare feet on furniture, etc.

Whether someone has “smart, casual dress” on or not is a moot point, in my opinion.

And what I guess makes this seem slightly backwards to me is that there’s no dress code for flying, aside from being publicly decent. So you can pay for a business class ticket and fly in your premium cabin seat, but you can’t use the lounge pre-flight to get work done? It’s funny to me because airlines actually encourage you to wear pajamas on the plane, which aren’t “smart, casual,” I’d think. 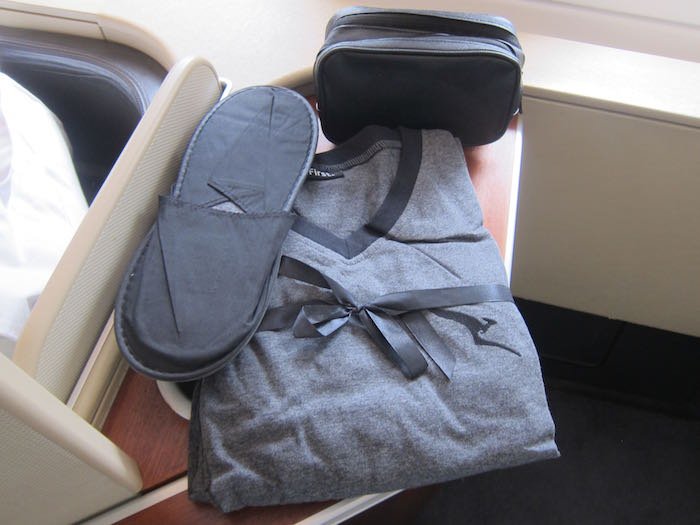 Again, I’m not saying any of this because I travel in flip flops and a wifebeater. Instead I just think it’s a silly rule. Though in fairness I guess I’ve violated Qantas’ dress code once, by those standards. 😉

What do you think? Should airline lounges have dress codes, and what is “smart, casual dress,” anyway?

Qantas staff are now fashion police. As a club member the first I heard of this code was tonight. Brisbane Qantas club thanks for a not so great start to the evening. Seems an ankle length flowing dress and shawl is not good enough for their fashion police - not allowed entry due to sandals made out of yep rubber. So after being offered a size 10 mans shoes by the club (iam a ladies 6) iam not convinced the shoes I can't walk in are any more stylish than my rubber sandals! But to add insult to my well appointed and conservative attire I see people dressed much more 'casual' than me and it seems even a live dog in a ladies handbag is more welcome than iam. So Qantas dress code thumbs down today ! Either get it right or ditch it. Or watch as your customers decide to move to virgin.

Seems a little absurd to require "smart casual" for transpac flights. If I'm flying for work, and sleeping on a plane in Business class, I sure as shit am not wearing my suit on to the plane. Usually I only take a few suits, and one set of casual clothes (cargo pants and t-shirt for sleeping on plane). I want to crash on the plane immediately after take off, and changing in a tiny lav (especially a shitty Qantas business lav) does NOT seem appealing to me. It seems a little absurd that my $14,000 ticket won't get me into the lounge. How would everyone feel if Emirates started requiring birqas for all the female passengers on their planes in order to make their passengers more presentable?

@Jana "Sorry if you are offended, but the reality is that you’re comment is somewhat dismissive of female sensibilities." I assure you that I am very much a woman and this is not a 'sensibility' issue to me. It might be a 'sensitivity' issue but on that note it's completely left to the prerogative of each reader/commenter. Almost everything, even what is generally thought to be an innocuous well wishing such as "Merry Christmas" can cause someone offense. Is the remedy not to say it rather than run the risk of potentially offending someone? Ironically, even your own statement that I quoted, acknowledges that you said something that you recognized that someone could possibly take offense to, but said it anyway because you believe that conveying your opinion is more important than pandering to someone else's potential sensitivities. And in my opinion, that is completely fine..., but I don't see why everyone else should be held to a higher standard in that regard.