Cabin temperatures is something that is discussed frequently on this site. Ben is a huge fan of individual air nozzles/vents, regardless of the airline or cabin, which allows air to flow through what is otherwise often a very warm cabin.

I myself have really never understood why cabins are kept so warm, especially on overnight flights where you are given thick, warm bedding. You can be seated in business class and be given a warm blanket despite the cabin being well over 20C/68F. Even without using the pointless blanket, I often wake multiples times during the flight, drenched in sweat.

It makes for an uncomfortable night of sleep, even in a premium class.

Japanese airlines are especially notorious for doing this.

I have read that a warm cabin temperature is a deliberate ploy by the crew to send passengers off to sleep as quickly as possible, because a sleeping cabin is an easy cabin to manage. The problem is that if the temperature remains high after passengers fall asleep, they will wake up regularly because they are uncomfortably warm.

Earlier this week, an AirAsia India flight 583 from Kolkata to Siliguri, Bagdogra was delayed by over four hours for mechanical reasons.

This is a fairly short, 277 mile domestic flight within India. 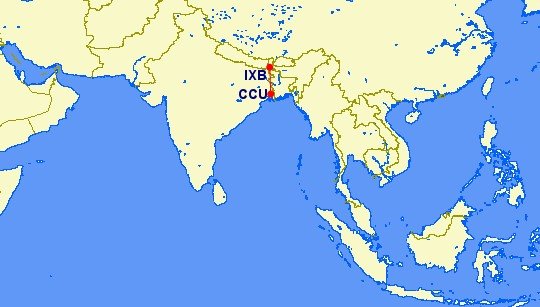 Because of the extended delay, the pilot encouraged passengers to leave the aircraft. It was raining heavily outside, so passengers refused (presumably the plane was not connected to a jet bridge, but details are vague at this stage).

Temperatures in Kolkata earlier this week have reached 40C/104F, with humidity as high as 90%. Combine this with rain, and you have extreme humidity, which entered the cabin as the doors were left open, for those passengers who wanted to leave the aircraft.

What happened next depends on who you ask.

AirAsia says the air conditioning was simply turned on to lower the temperature, in the hot and humid conditions for the comfort of the passengers, and it was not a deliberate plot by the pilot to try and force passengers to leave.

A spokesperson has said:

“AirAsia India would like to confirm that flight i5583 from Kolkata to Bagdogra was delayed by 4.5 hours due to a technical requirement. AirAsia regrets the inconvenience caused to guests on account of this disruption and would like to reinstate that the airline always prioritises safety above all.

Here is the video from a passenger of the cabin full of mist — pretty scary stuff, that would make me evacuate pretty quickly:

AirAsia says passengers were provided with food and drinks to compensate for the delay.

If the pilot was desperate for the passengers to leave, surely they could have provided appropriate protection against the elements to encourage them to do so.

I think I’m believing the pilot in this instance, and the awful mist on board was an unfortunate combination or the extreme weather conditions, and air conditioning that was on too strong.

What do you make of this situation? Have you encountered heavy mist on a plane before?

There is literally mist inside the cabin on every Hawaiian Airlines flight I've ever been on. It's obviously due to the humidity in the region. I am unsure how passengers could have gotten sick from something like this.

lol I think you maybe answered your own question. Perhaps the cabins are kept “warm” for the hundreds of passengers in economy who don’t have blankets?....

Ansett NZ’s Bae146s used to ‘steam’ quietly from the a/c vents above the seats on the ground in the humid summers with the cabin doors open. Used to scare first timers on that aircraft type. Especially when accompanied by the oily smell that model was notorious for. Could also be done with R12 refrigerant equipped cars till the greenies got that most efficient a/c coolant banned. Later systems don’t get quite as cold internally. 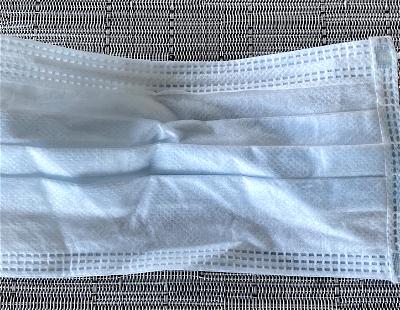