Last October I flew Air Serbia business class from Belgrade to New York, and had a phenomenal experience. This is a fairly new route for them, and is also their only longhaul route, so it was clear how much pride they took in their product. From their great lounge in Belgrade to the onboard service, food, and wine, the entire experience blew me away. 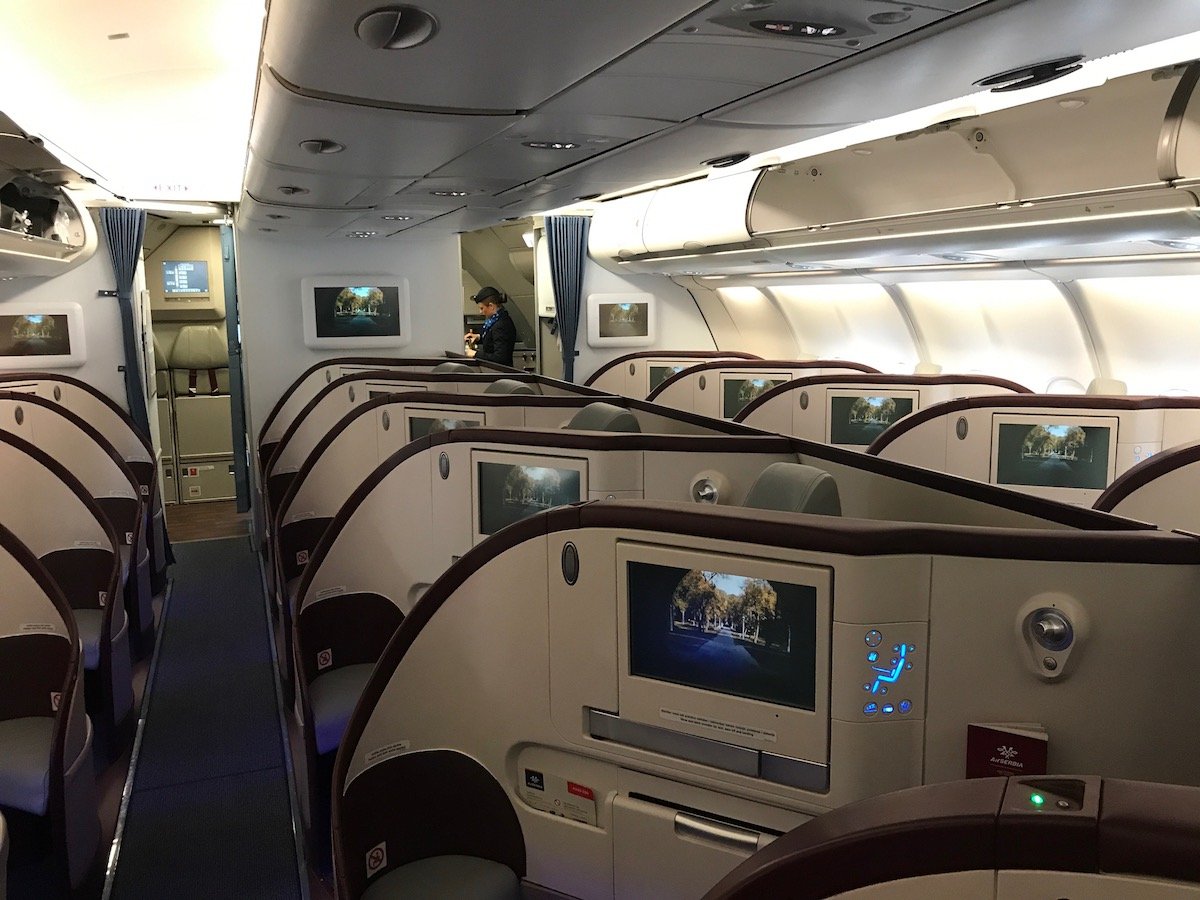 However, when I give an airline credit for what a good job they do, I feel like it’s only fair to also share experiences that leave a bad taste in my mouth.

The experience was solid all around, including the flight from New York to Belgrade. However, there’s one aspect of the experience I found disappointing.

As mentioned above, we booked these tickets using Etihad Guest miles, and those reservations need to be made by phone. When I made the reservations with Etihad Guest, they told me that since it was a mixed cabin itinerary, I would need to book the New York to Belgrade and Belgrade to Tivat flights on separate records. This is because they don’t allow mixed cabin awards on some partner airlines, apparently.

That’s not a huge deal, since the connection was on the same airline, so being on two records doesn’t typically have many implications.

I had a suspicion it may cause an issue in one area, though, and unfortunately I was right. I was hoping that common sense would prevail, but nope.

“You can’t use the lounge because you are in economy.”
“But we are coming from New York in business class and connecting on a flight without a business class cabin.”
“Yes, but I don’t see that in the computer since it’s a separate ticket. If it were the same ticket you could use the lounge.”
“I understand it’s not in the computer on that ticket, but you can see our business class boarding passes from New York. This is because I booked the ticket through Etihad, and they don’t allow mixed cabins.”
“Yes, but Etihad is a separate airline and we have our own policies.”
“I understand, but Etihad owns a stake in Air Serbia, and Air Serbia even uses Etihad Guest as their frequent flyer program.”
“My hands are tied, I am just following the rules.” 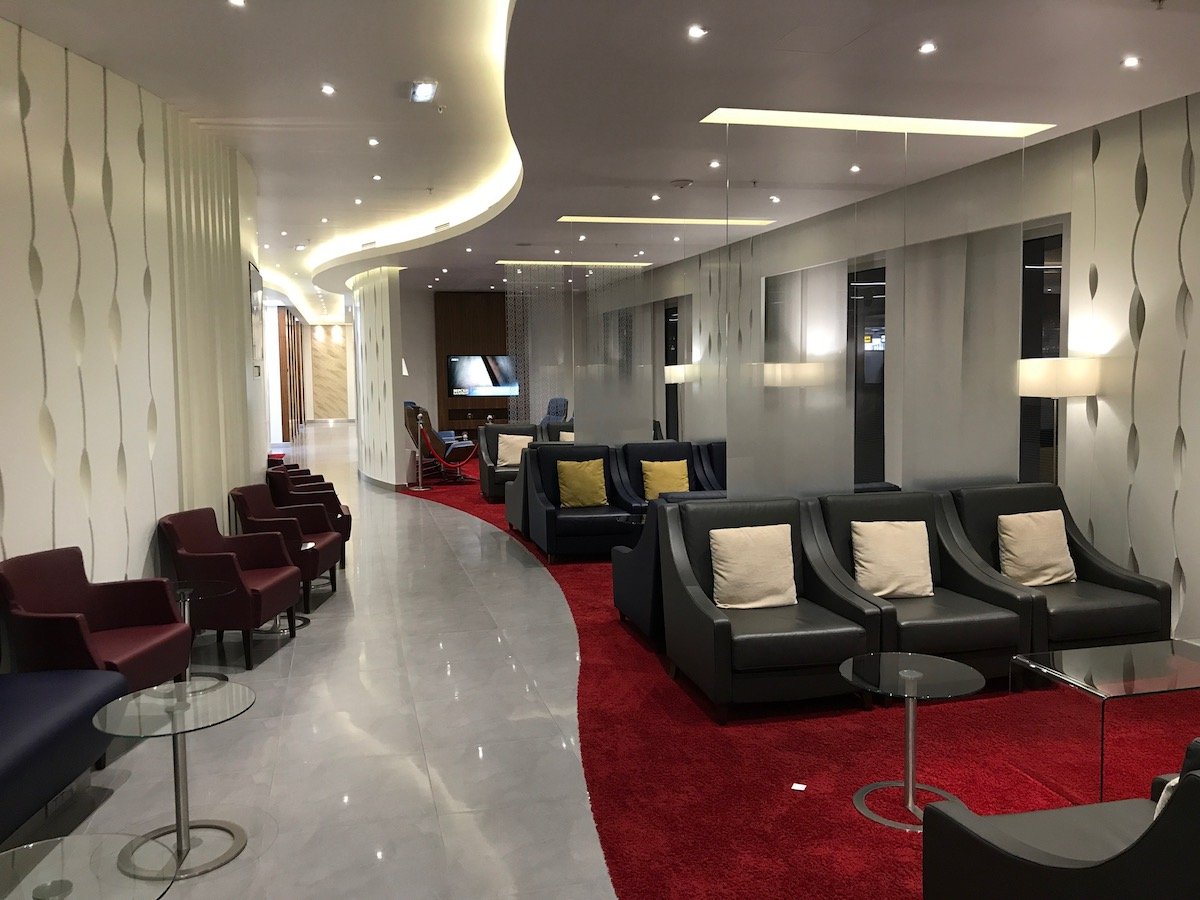 Let me be clear here, I never believe in letting frustration out on front line employees, and this lady was just doing her job… down to a “T,” unfortunately. So I’d like to think I was being polite to her, and wasn’t going to escalate the situation further with her.

It’s unfortunate when rules get in the way of common sense. The only reason we didn’t get lounge access was because we were technically on separate tickets, which was only because Etihad doesn’t let you mix cabins on one ticket. Etihad isn’t just any “partner” — instead they have an equity stake in Air Serbia, they arranged the lease of the plane that makes the New York route possible, and Air Serbia even uses Etihad’s frequent flyer program.

So we ended up paying for lounge access, at the cost of 45EUR per person (it’s a special trip, and I thought it was worth it). However, it certainly left me with an unfavorable impression of their customer service. Not because the attendant wasn’t friendly — she was — but rather because of the lack of common sense that was being applied to the situation.

When we finally entered the lounge, we were literally the only guests there.

After we were in the lounge for about 30 minutes, the lounge attendant came up to us and said “here’s a small gift for you,” and handed us two plastic Air Serbia luggage tags. Hmmm… 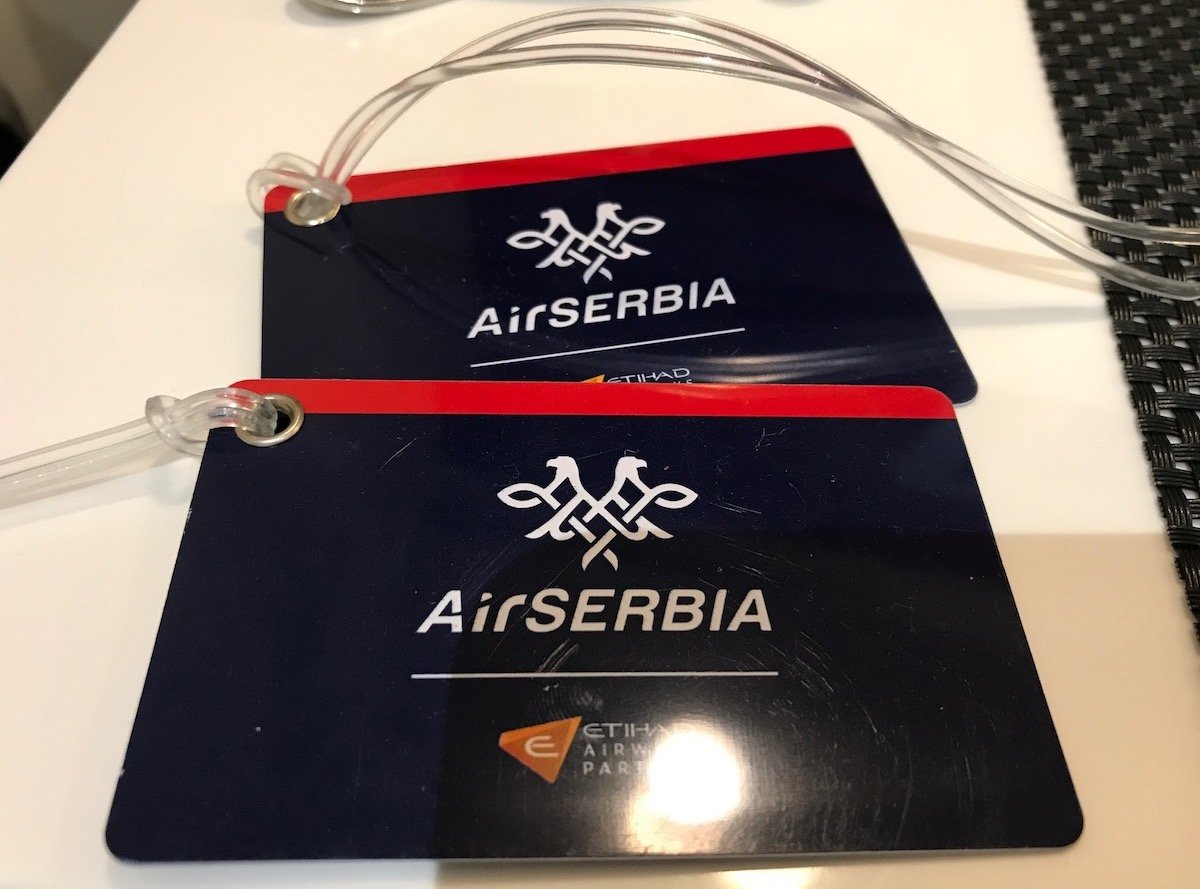 In other businesses common sense often prevails, but unfortunately the airline industry isn’t one of them, in my experience…

Sounds like just about EVERY airline! Nobody knows their own policies and they keep changing hourly. Enjoy your stay in Montenegro!

I think a lot pf people missed the point here. As a frequent flyer, I'm sure Lucky understands that lounge access is based on the class you're flying next. If he was flying his next fight in coach by choice, then yes, he had no reasons to rant, but in this case, it was because the onward flight had no J and the Etihad agent couldn't book mixed cabins under the same PNR (otherwise, he would've received access as another reader pointed out). I had a similar situation with WY when on a long transit through MCT. My first flight got delayed, resulting to me missing my connection, so they rebooked me on EY, which would leave earlier than the next available WY flight though still much later than my original WY flight. I was denied entry at the WY lounge in MCT because my next flight was issued under EY. Call it a First World problem, but the lounge available for EY passengers is not comparable to WY's (e.g.: no dedicated rest area, lower F&B offering, no free massage, etc.) Hence, with 5 hours waiting time on hand, I insisted that I get entry to the better lounge (which I originally paid for - sorry, not my mistake my flight got delayed and rebooked). Eventually, a manager got involved and I got what I deserved. Bottom line, policies are made for a reason, but any policy can be overridden if it unnecessarily creates inconvenience to customers, esp. when they have paid for the service. This is where a manager should've been called.

Wow. What a shameless attempt at getting Air Serbia to refund you 40-something euros. Wow. Pathetic. 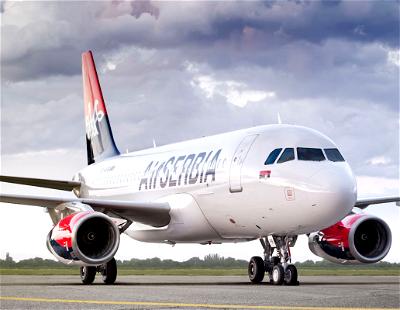 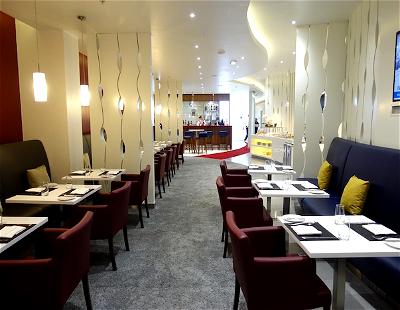