After flying WestJet’s 787-9 from Calgary to London, I made my way back to Miami on Air Europa, flying from London to Madrid to Miami (I booked this using Flying Blue miles).

Here’s the thing about Air Europa:

Well, much to my surprise Air Europa was actually sort of great. Who knew? 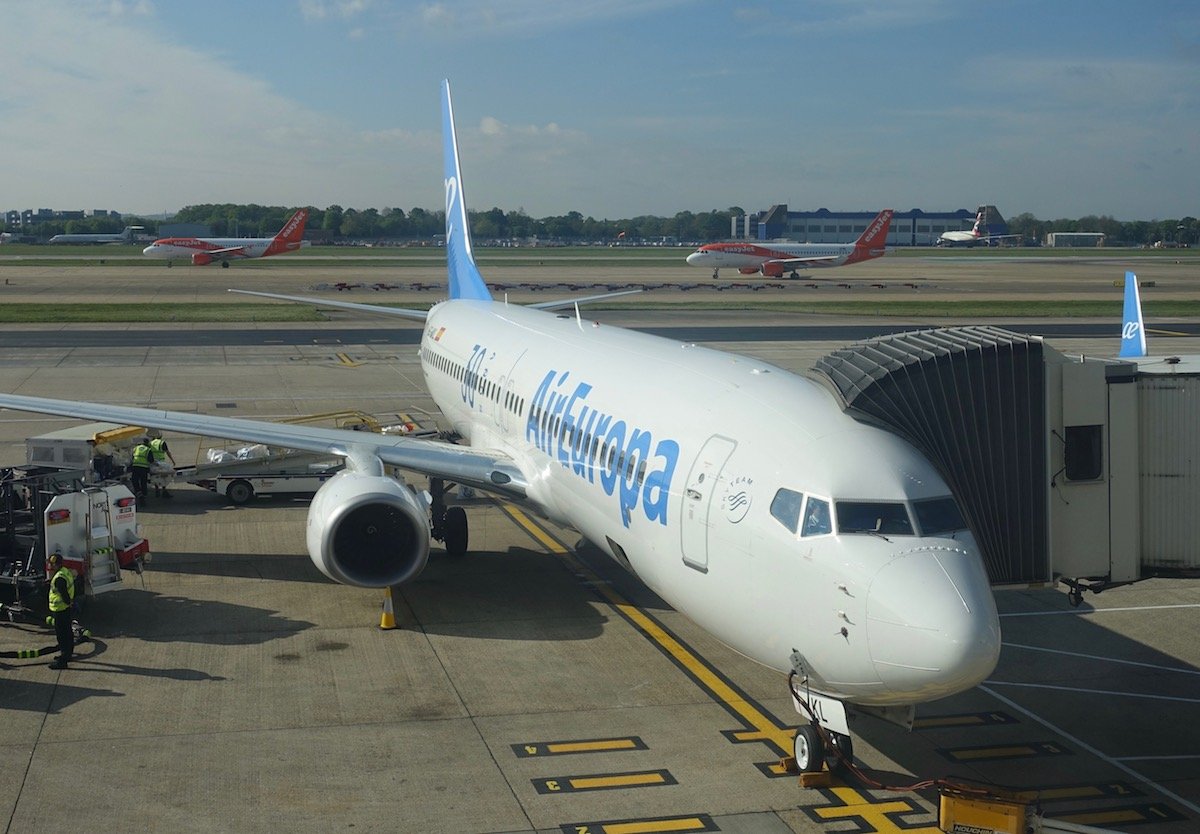 While it was still only your typical intra-Europe business class with a blocked middle seat, the cabin was at least fresh and modern, with the Boeing signature interiors. 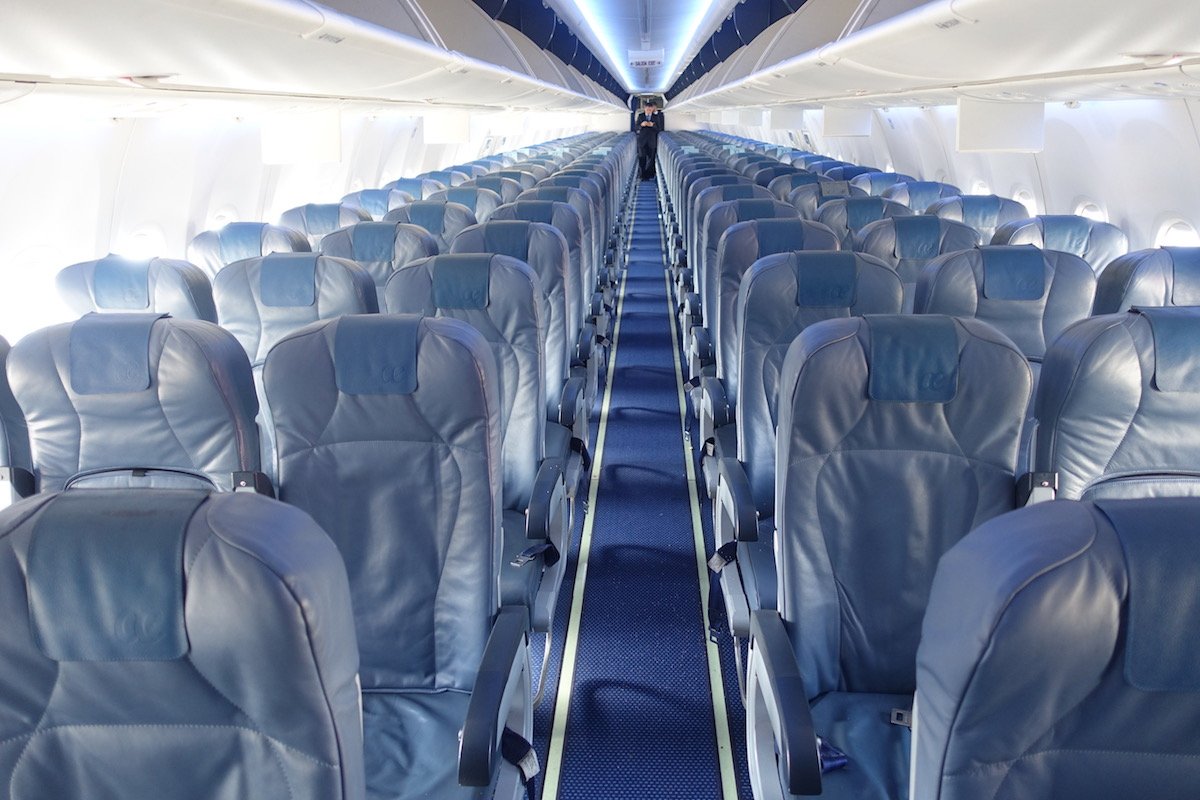 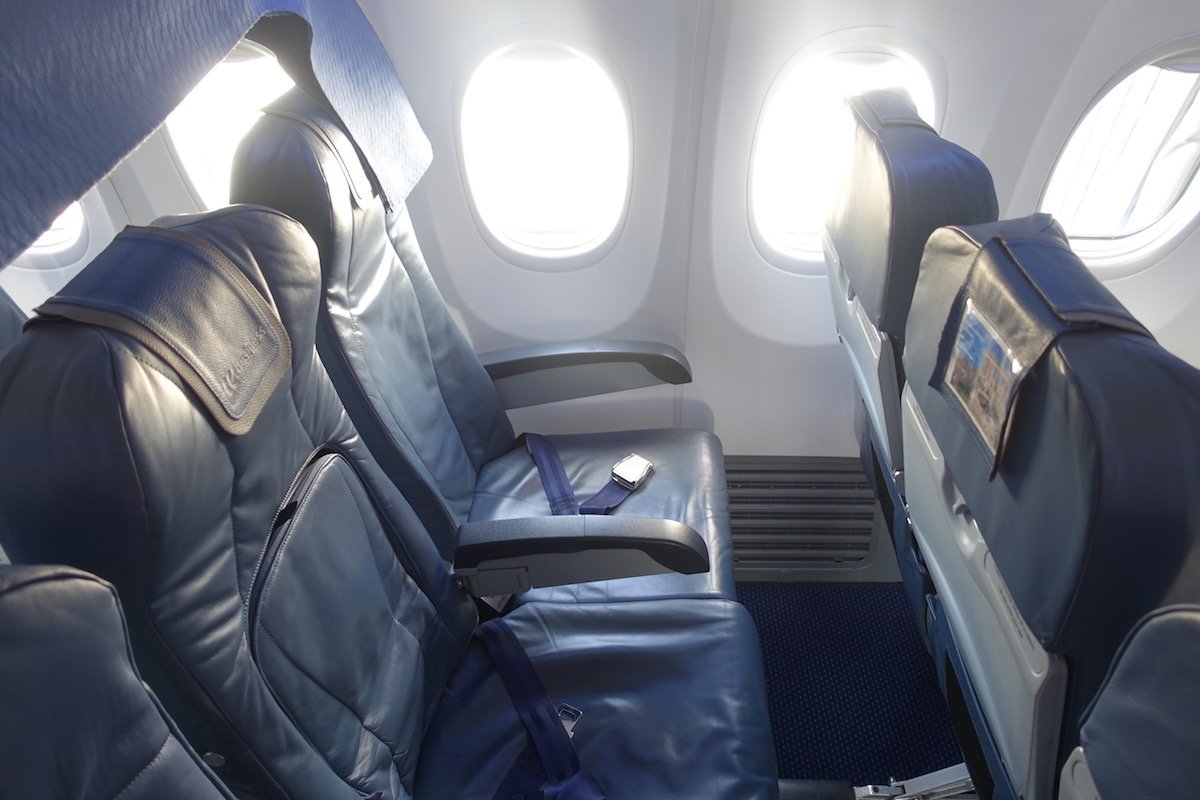 Air Europa has streaming entertainment on the 737, though unfortunately this plane didn’t have Wi-Fi or power ports, as I find to be the norm on intra-Europe flights (unfortunately).

What impressed me about Air Europa was the food and service. The entire crew was extremely professional — their announcements were clear, they took pride in their appearance, and they smiled and were friendly while interacting with passengers. 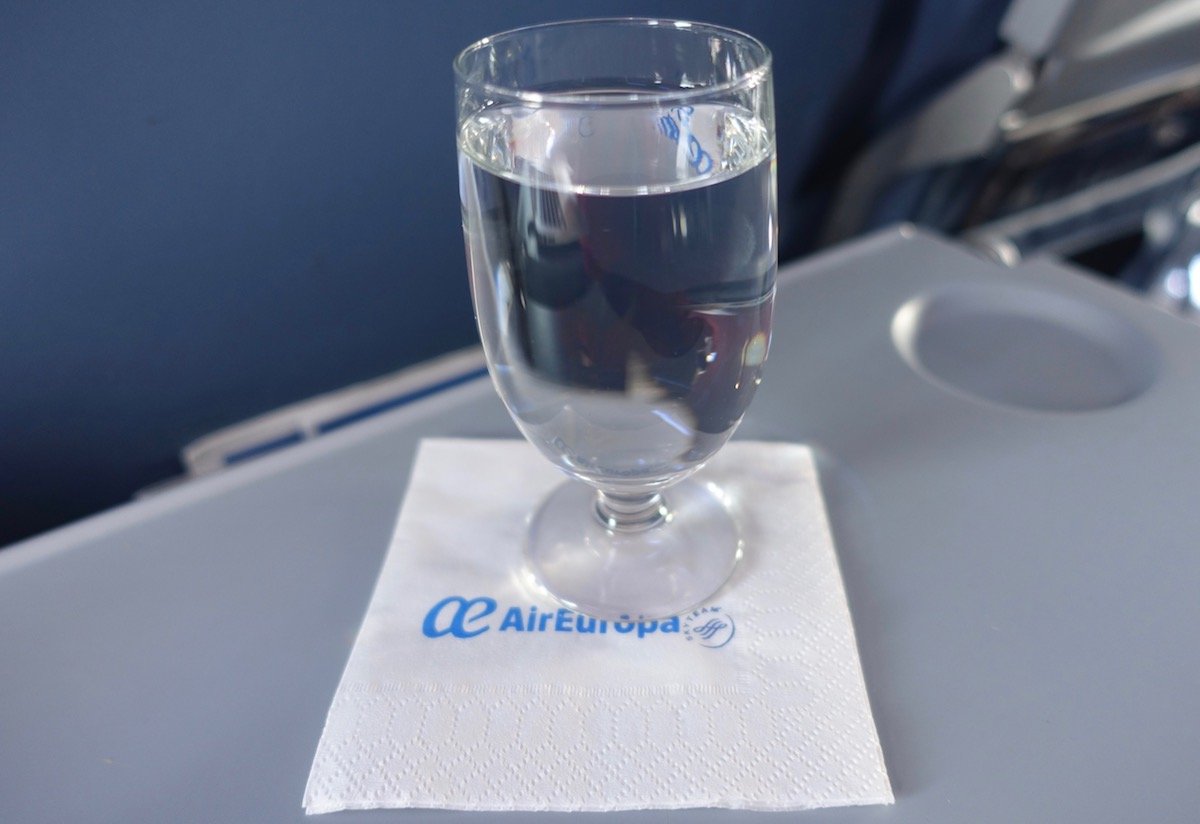 Then after takeoff there were drinks, which were refilled several times. I was even offered a chocolate with my coffee. 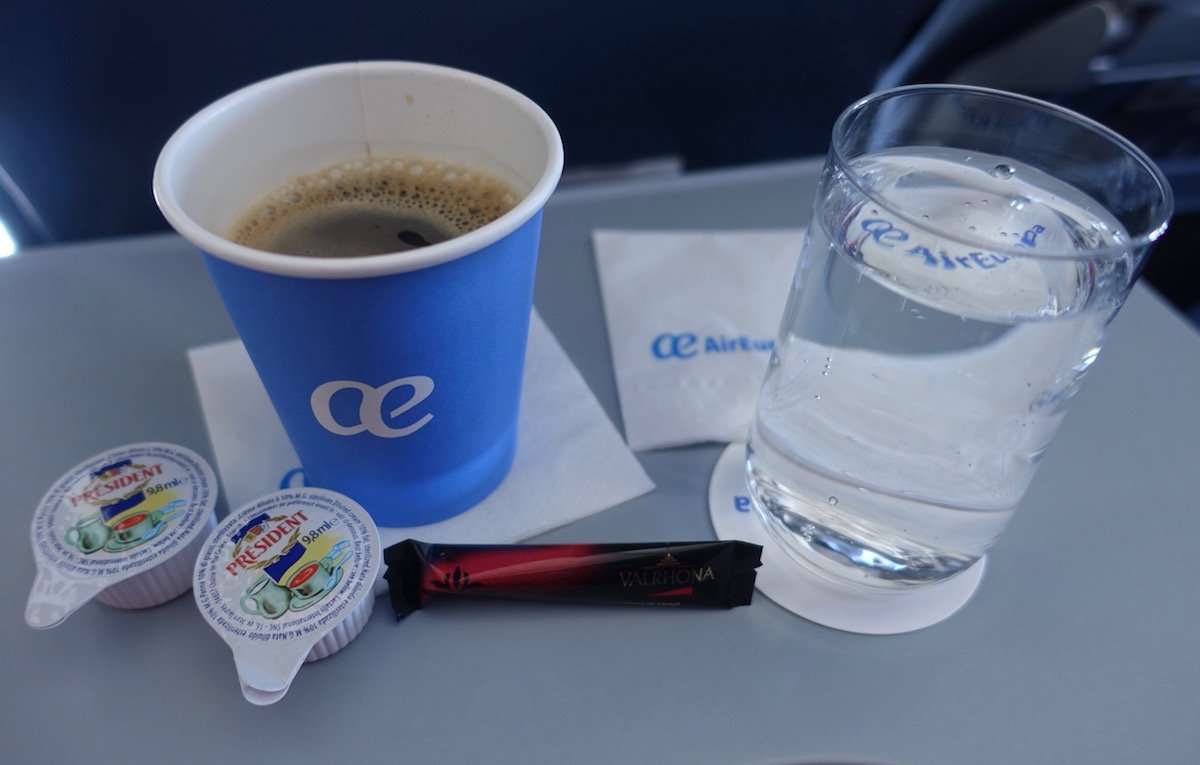 The meal was presented on a single tray, and the hot portion of the meal was in a skillet, which was cute presentation. 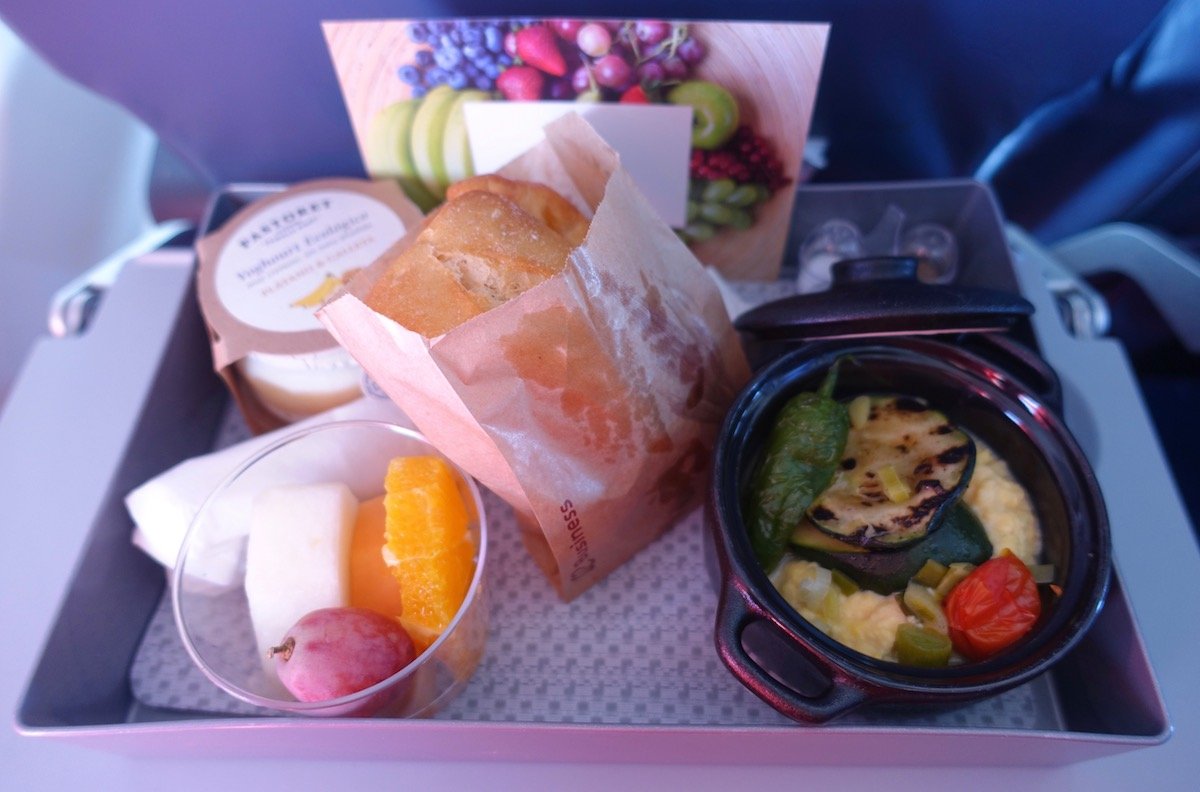 There was even a menu describing everything on the tray. 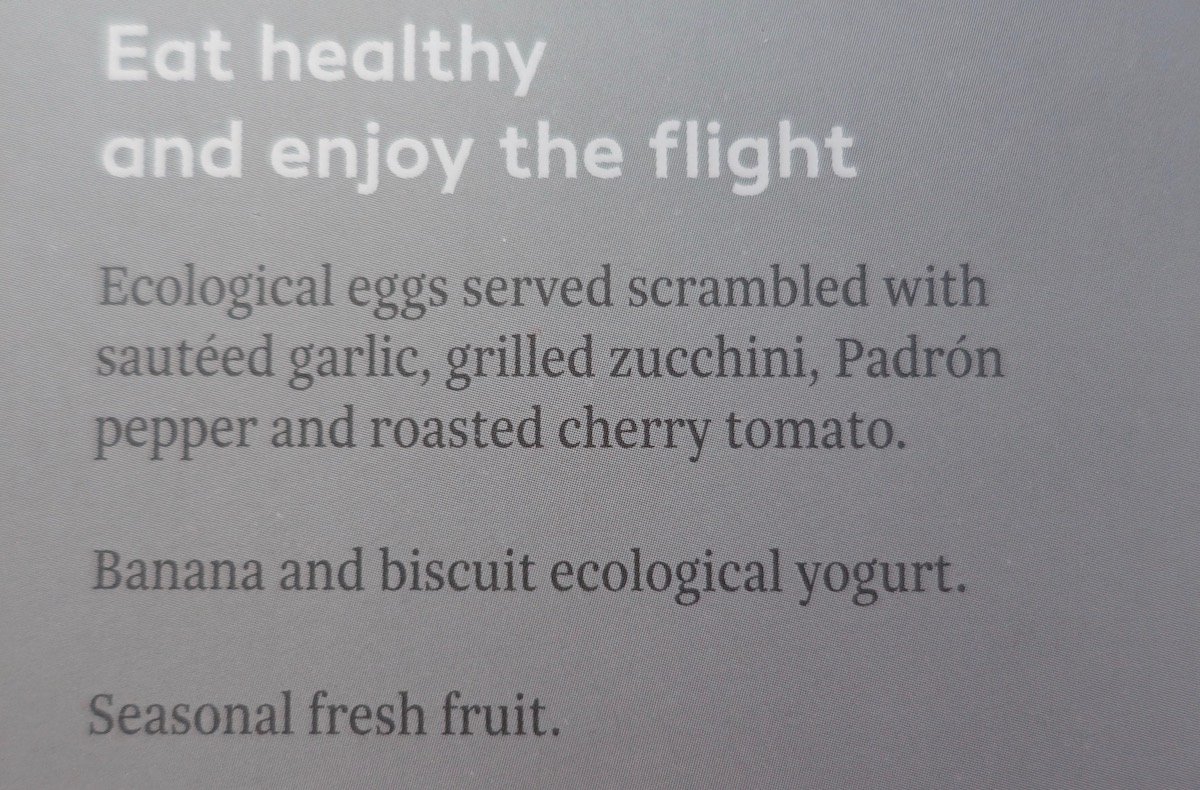 Anyway, I’ll have a full review soon, but suffice to say that Air Europa greatly exceeded my expectations. Was it the business class experience you’d find on Aeroflot or Turkish?

No, but it was an above average intra-Europe business class product, and that’s a lot more than I was expecting from Air Europa.

Stay tuned for how the transatlantic flight compared…

If you’ve flown Air Europa’s short haul business class, what was your experience like?

@ Gomez Thanks for the translation of ecological=organic I am such an old fart that that never occurred to me. I’m sure you’re right. @m747 And Gatwick is in East Sussex. I’m sympathetic to the idea that Luton is stretching it a bit by putting “London” in its name, but the rest seem reasonable to me, based on ease of access/time to London. It helps people not so familiar with England’s geography to understand that they have options if they want to go to central London. What is wrong with that? Or do you think the “LON” code should be abolished, too?

Oh dear, m747 - you're showing a lack of understanding of counties, London addresses and local boroughs. Apart from the fact that Hillingdon is ALSO in Middlesex, the official postal address for Heathrow is actually Hounslow, Middlesex, and not Hillingdon. The postcode for each of the terminals is TW, for Twickenham in Middlesex, as is the HAL head office on the Bath Road. Hillingdon is just one of the surrounding boroughs, along with Hounslow, Windsor and Spelthorne (which is why the VIP suites in the various terminals are named after the geographical boroughs they are closest to). Apart from Windsor, all of them are located in the county of Middlesex, whether you like it or not...

heathrow is no longer in middlesex, it is in hillingdon.