Air Belgium is a startup airline that intends to operate a fleet of Airbus A340-300s for flights between Charleroi (outside of Brussels) and China (including the mainland and Hong Kong). The airline has business class, premium economy, and economy, and I can’t quite wrap my head around their business model:

The airline was supposed to begin flying between Brussels Charleroi and Hong Kong as of April 30, 2018, though just days before the flight was supposed to launch they postponed the inaugural until tomorrow, June 3, 2018. They gave two reasons for this delay:

What’s interesting is that Air Belgium already has two Airbus A340-300s in their fleet, yet for the next month they’ll only be operating a twice weekly flight.

So what will they be doing with the extra capacity? Through June 30, 2018, Air France will be leasing an Air Belgium A340-300 to operate their daily ~3,400 mile flight between Paris and Libreville.

Air France usually uses a 777 on the route with reverse herringbone seats in business class. So while Air Belgium has a fully flat business class product, it’s definitely a downgrade compared to the seats Air France has. 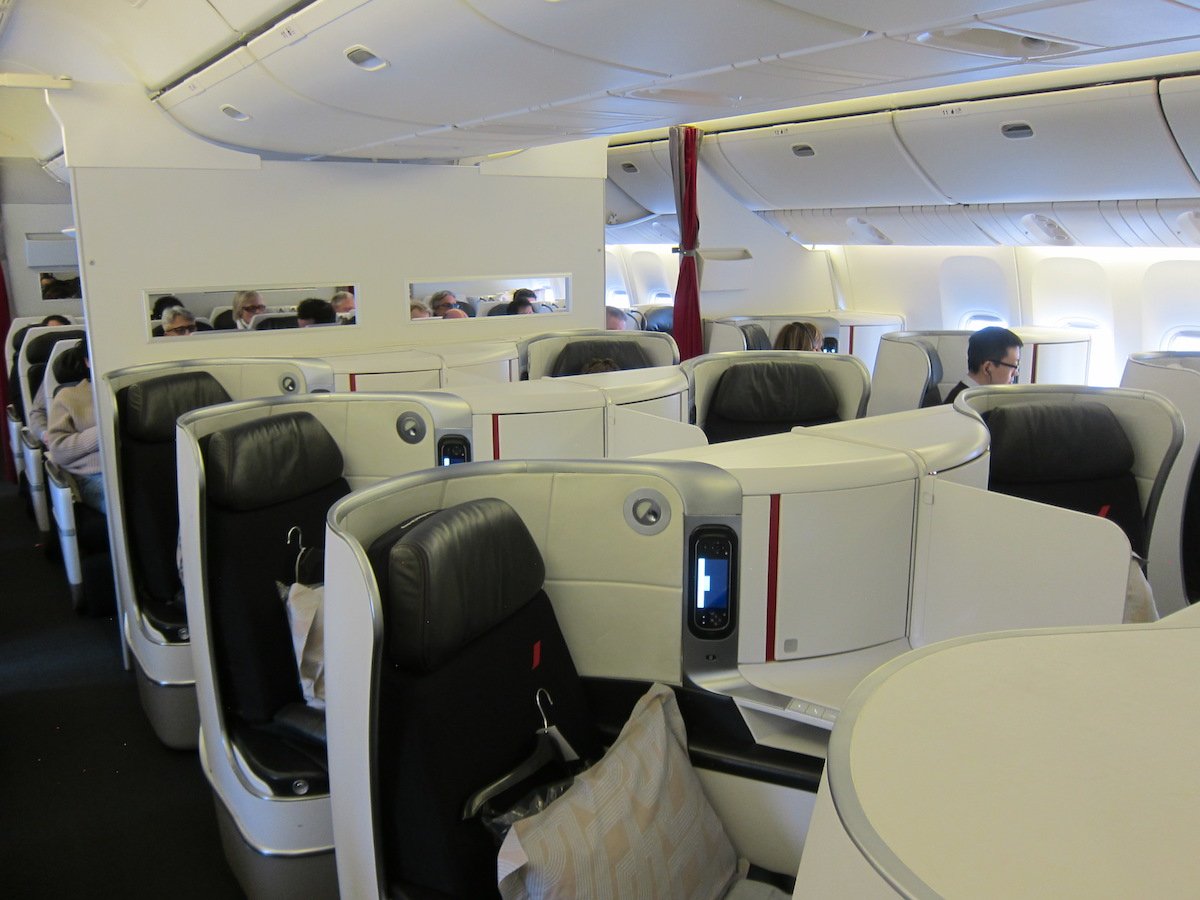 It’s logical enough for Air Belgium to lease out one of their planes to another airline, given that they have extra capacity right now. From the beginning I’ve questioned the logic of Air Belgium’s business model. Clearly their advance bookings aren’t to the level they were expecting, given that:

As I’ve said from the beginning, it sure seems to me like their best chance of making any money is to just lease planes out to other airlines. There’s demand for longhaul aircraft right now, given the problems going on with the 787, so presumably they could do pretty well leasing out their planes. I wouldn’t be surprised to see them leasing out planes beyond just June…

I'm taking it tonight from Lagos to London via Paris,wish I'd seen these comments before I booked would've booked with KLM instead and will do for my return trip if crap, very annoying foreign airlines continue to charge ridiculously high prices for business class seats with premium economy service..at best!

Taking Air Belgium tomorrow from Lagos to Paris. Should be interesting to say the least based off some of the comments I'm reading haha.

I took the flight last weekend from CDG. I thought I was flying in the 90's. I cannot believe it! Someone must sue AF, I Will ask a partial refund of my ticket!