Yesterday we officially found out that the American AAdvantage and US Airways Dividend Miles programs will be integrated in April. We’ve known since last year that the two programs will integrate in the second quarter, though this is the first time we were officially given an exact month.

That means Dividend Miles will be merged into AAdvantage in the first two weeks of April. 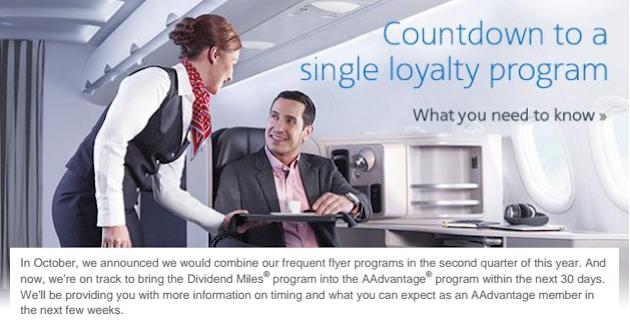 In these emails they share further information, some of which you’re probably already familiar with if you’ve been following along with the merger.

Miles between programs will be combined 1:1

As you’d expect, miles between the two programs will be combined at a 1:1 ratio, both in terms of elite qualifying and redeemable miles:

This isn’t really surprising, but is something to be aware of. Dividend Miles award bookings and mileage upgrade requests will be disabled before they combine programs to make sure that the process goes as smoothly as possible:

Upgrades will continue to work differently

Once we combine programs, your elite benefits will initially work differently for American and US Airways flights, as we’ll still operate as two separate airlines. We’ll adopt the American upgrade process for all flights when we have a single reservation system later this year.

To upgrade, you should book flights that are marketed and operated by the same airline – either American or US Airways. If you’re booked on a codeshare flight, you’ll only be able to upgrade when you check in based on availability.

Soon after we combine programs, qualifying Dividend Miles Preferred members will receive 500-mile upgrades to use on American flights.

If you’re a Chairman’s Preferred member, you’ll receive 8 systemwide upgrades to use on both airlines. You’ll need to redeem your Chairman’s Preferred electronic certificates before our programs combine. We’ll allow you to use them for future travel as long as it’s confirmed before we combine programs. 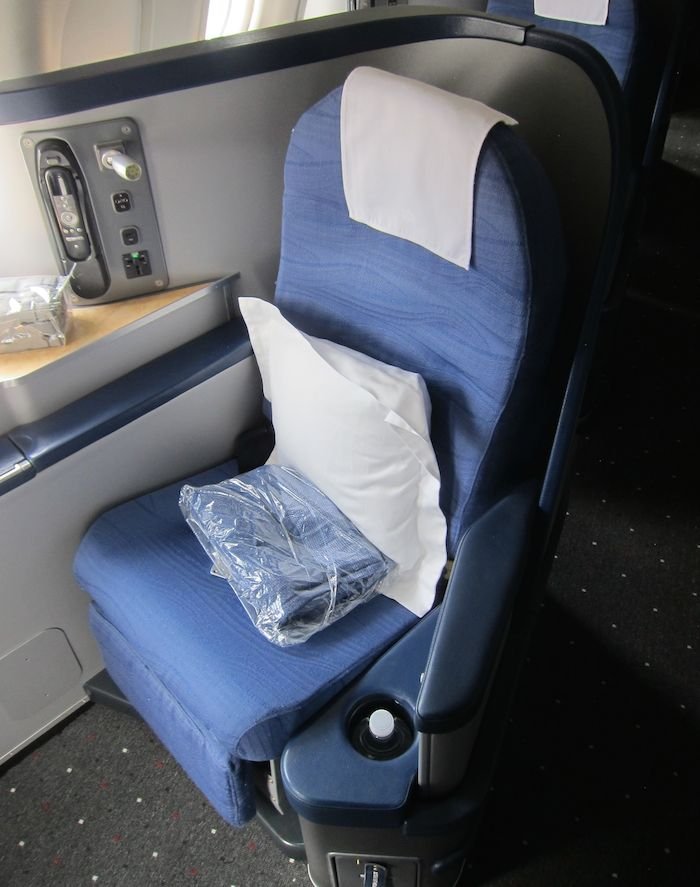 Redeem your US Airways systemwide upgrades before the program integration

A while back, American added the ability to link your AAdvantage and Dividend Miles accounts, to make things more seamless once the merge occurs. They’ll be shutting down this functionality as of March 20, 2015:

Let us know before March 20, so we can combine your miles and activity into your AAdvantage account. If you’re unable to match by then, we’ll assign your Dividend Miles account a new AAdvantage number and give you a chance to merge accounts later. 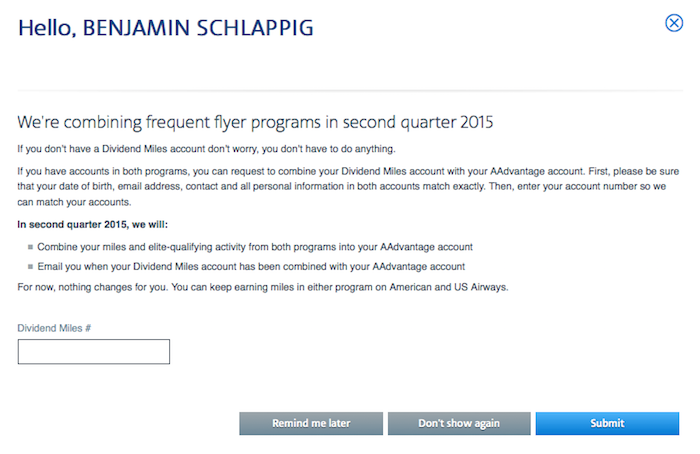 Things to take action on now

This integration is bittersweet, depending on how you like to redeem your miles and what benefits you value most. I’d expect that next week (or so) we’ll hear from American with an official integration date. If I had to guess, I’d say it’ll be the first weekend in April. I guess we’ll find out soon!

@ Alex -- Unless you're going over totally peak dates I'd probably just wait. It's only going to be a couple more weeks until the programs merge, from the looks of it.

Trying to book a family trip to Hawaii for June. Have DM for 2 tickets and a little shy of 1 for AA. Was going to book now but am wondering if its best to wait so I can do one reservation for 3 tickets. Once combined I wil have more than enough for 3. So do I wait? Or buy the AA miles I need and book now.

Made it under the wire -- CP upgrade cleared for a flight in 3 weeks so one less thing to worry about in the world.

27
Union Tells Pilots To Use Regular Security Lines, To Delay Flights And Prove A Point