Hello from Luanda! I’ll have more on our TAAG flight from Lisbon to Luanda shortly, though first wanted to share a funny situation we encountered.

As some of you may know, Luanda is generally regarded as one of the world’s most expensive cities, and Angola is also one of the toughest countries in the world to get a visa for, assuming you’re not traveling for business. However, I’ve heard that they’re sometimes flexible at immigration, and that it might be possible to talk your way into the country.

So we figured we’d give it a try for our roughly five hour transit. We’d obviously have very limited time to actually visit the city, though more than anything we were curious if it was possible. Also, having flown into Luanda at sunset, I now really want to visit, as it looked nicer than I was expecting. 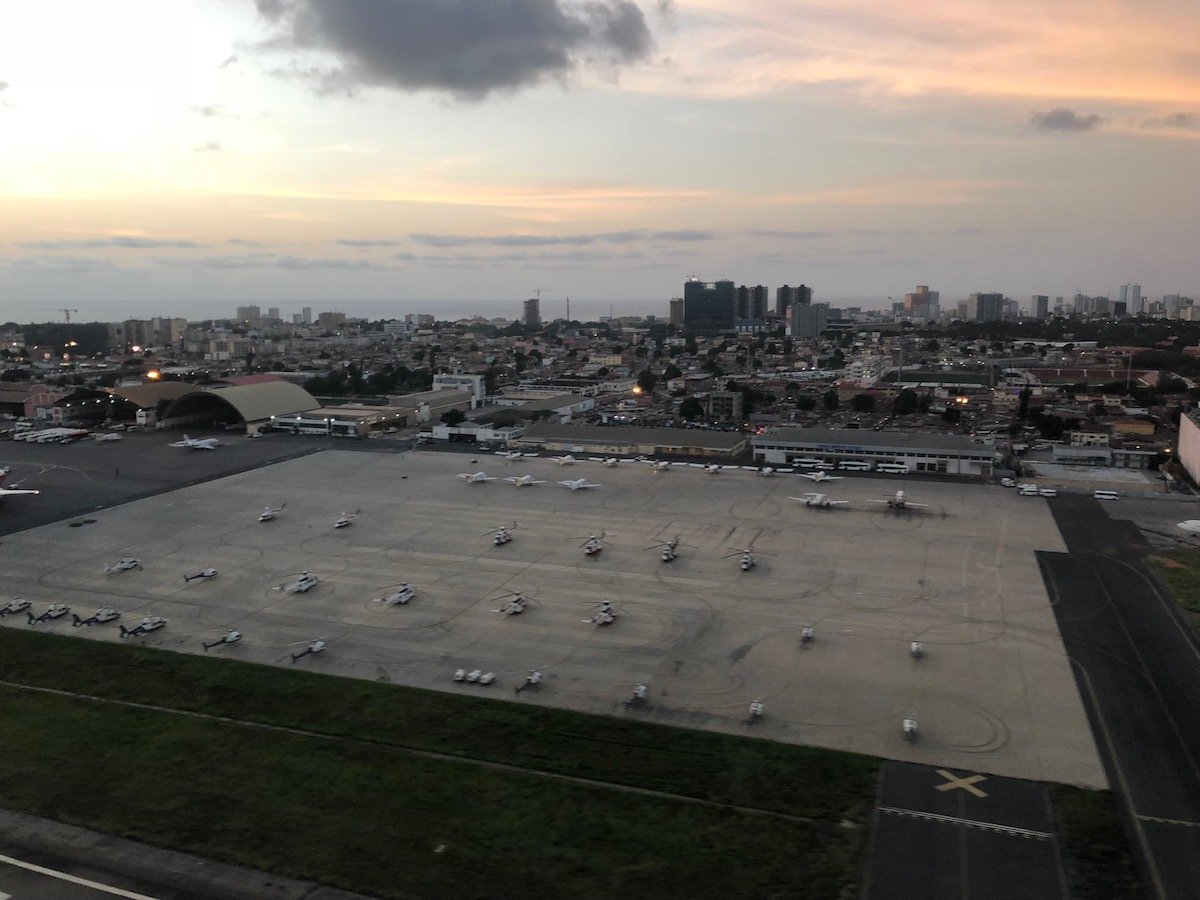 But last minute we still decided to give entering the country a try. We handed the guy our passports and explained we didn’t have our forms on us. He held onto our passports and told us to wait. As it turned out, that was because he needed to wait for all the other passengers so he could then leave his station.

He took us to the airport health clinic. I figured he was going to suggest that he give us shots on the spot, but really the clinic looked like it hadn’t been used in a long time. It had an awful smell and flies buzzing around, and rather seemed to mostly be used as a back office.

At this point my friend who speaks Portuguese had the following conversation with him, as he relays it:

I’d note that up until this point the door to the room was about a third open, and at this point he told us to close the door behind us, which is pretty telling.

“So do you wish to enter Angola?”

Given that we weren’t willing to take this conversation to its alternative natural conclusion, we excused ourselves at this point and headed to the international transit area. Now we’re enjoying the TAAG lounge, which doesn’t even have a functioning toilet. 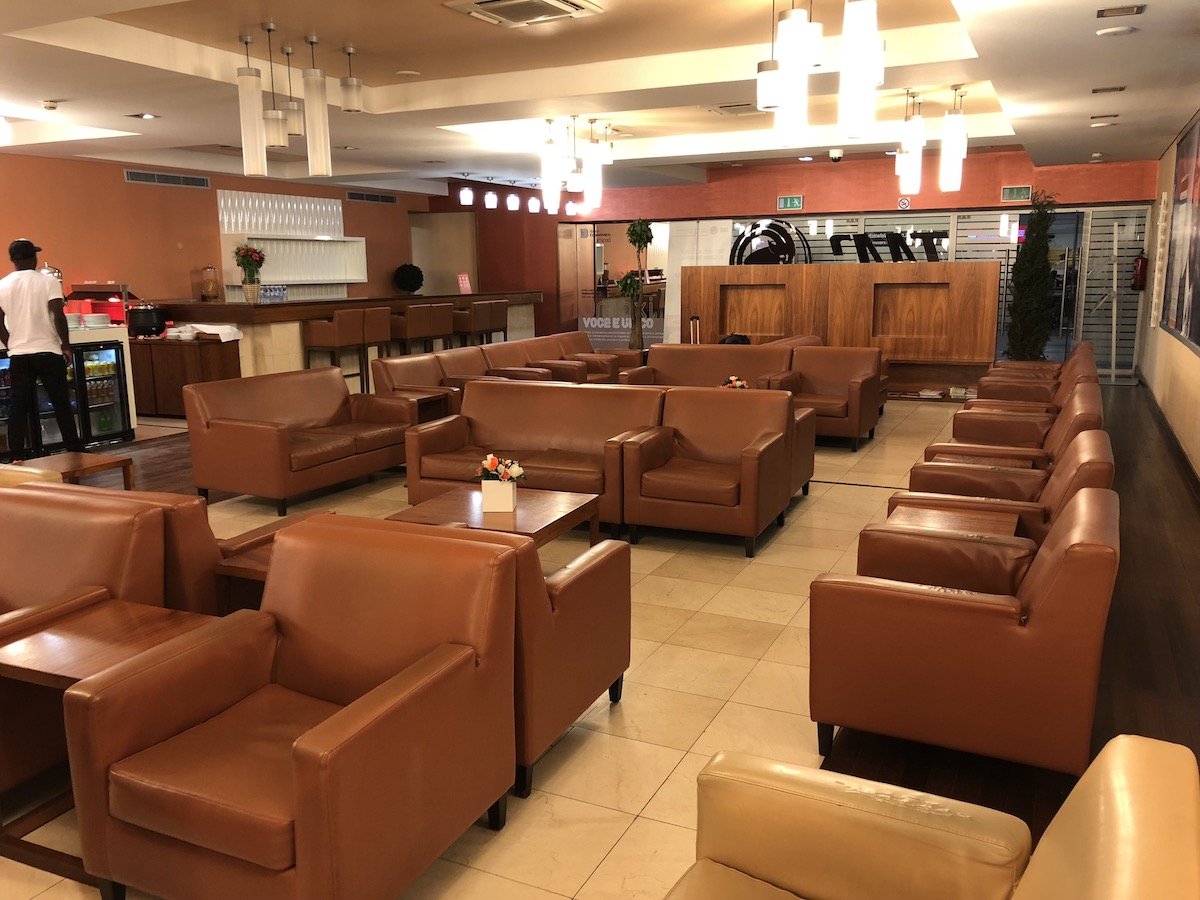 For others, it sure seems like entering Angola without a visa is negotiable (the catch is that you’d need an onward ticket anyway, since they wouldn’t let you board if your destination is Angola and you don’t have a visa).

Angola is for oil company executives and morons. Which are you?

A number of facts are glaringly wrong here: i) "Angola is also one of the toughest countries in the world to get a visa for, assuming you’re not traveling for business" -- yeah, no, it is extremely difficult for business too. Expect to spend a year (or a couple) chasing this visa, pouring money and time into it. I've had bribes returned (in part, of course....) with an apology, "sorry I couldn't figure it out". Really is a unique country - where else do you get refunds on bribes? ;) ii) "Also, having flown into Luanda at sunset, I now really want to visit, as it looked nicer than I was expecting." -- sorry to break the news, but it looks much less nice when it's light out and you can see the piles of shit, trash, homeless alcoholic kids, etc everywhere. iii) "So do you wish to enter Angola?" -- this is funny. This interaction is like going to starbucks, ordering coffee, and then making conversation with the cashier instead of handing over your credit card. So.... do you actually want your coffee... might wanna pay for it if so. Not that I think that would've let you into the country either. For anyone who really wants to visit Angola, these are the first things you need to do: 1) reconsider; 2) find someone who understands the country, and is aware and up-to-date of what's happening there; 3) find someone with connections, so that, you know, you actually have a shot at making it there and back. This is made even more complicated by the fact that Luanda is an ugly clusterf*ck, whereas the countryside is a beautiful clusterf*ck, so you are f*cked no matter what. Watch for mines and kidnappings on the drives out to the countryside... I am not kidding - it really isn't a country you can figure out by yourself. Simply isn't. Trying to do that is a dangerous suicide mission. There have been great fares there lately (including on TAP, which is a decent mainline airline), so it is really important that your readers understand that. Case in point -- look at the wealth of information and trip reports on DR Congo on wikitravel, and compare to Angola's empty pages! But - sorry you couldn't get some good Angolan food during your transit. Luanda isn't exactly the place to look for it either.... next time you are in Lisbon, shoot me an e-mail and I'll gladly show you some great Angolan food to compensate! :)

@john, that's what I was gonna say? surely they have exit immigration like most countries? When they see you don't have a visa and ask how you got in? Im assuming another bribe to get out too