Well, United and Continental have announced some changes to their mileage program for next year to further align the programs. Based on this thread on FlyerTalk, you would think the world is coming to an end.

Before I provide my thoughts, check out the changes on the United side here. To summarize:

People seem to be really ticked off by these changes, and to a certain extent I can understand. But there are added benefits with these changes for some. In my case, actually, I’ll be better off with these changes than I was before. There will (theoretically) be fewer 1Ks since United raised the segment required to reach 1K, and as a 1K that logs about 250,000 elite qualifying miles per year, I’ll be earning an extra eight confirmed regional upgrades. So that’s a huge win for me. The only reason I mention this is because some people are saying there’s no upside to this for anyone.

Anyway, let me briefly tackle these issues one by one. United raising the segment qualification requirement for 1K is downright stupid. On a per mile basis, I’d be willing to bet that passengers qualifying for 1K on segments are much more profitable than passengers qualifying on miles. 100 segments is tougher to fly than 100,000 miles, so to raise that requirement doesn’t seem like a smart move. That being said, as a numbers guy I’ve always been annoyed by the fact that it took 30 segments to qualify for Premier, 60 segments to qualify for Premier Executive, and 100 segments to qualify for 1K. Where’s the logic in that? Now, I think it would make more sense to change the requirement to 25, 50, and 100 respectively, but at least they’re consistent now. Still, that’s not a smart move, in my opinion.

I think it’s very smart for United to differentiate Premier Executive members that fly 50,000 miles vs. 90,000 miles, so the quasi-elite tier at 75,000 miles makes a lot of sense to me.

So while I personally benefit from these changes, I’m trying to be objective here — with the exception of raising the segment requirement to 120 in order to achieve 1K, these changes are reasonable. Positive? For the most part, no, but reasonable given the size of the merger. Now, are these the changes in the months ahead that Jeff Smisek thinks we’ll like? I hope not. 😉

Well, next year I'll hit that magic 1,000,000 EQM on United and have been a 1K for the last 5 years, but honestly its been a lot of work. I fly between Denver and the Pacific coast line, amassing miles runs roughly the same as segments, so when I'm hitting 100K miles i've hit 100 segments and I'm literally bushed. Think about it, 100 segments means you're doing a round trip 50 weeks a year. If I had to do 120 segments then I'm flying more than 2x a week for ten weeks out of my year. The last place I want to be is on a plane even more... sorry, but there's got to be more to life than waiting to be patted down by TSA or sitting next to that fat guy that forgot to bath this month. After I hit the 1,000,000 i'm taking my business else where figuring that I'll earn a better deal focusing on an airline that wants my business. BTW, I added up my flight expenses, and I spent over $35K on United last year. Maybe they should look at it a different way, and calculate the total spend for their 1K status.

[...] blogged about the changes a couple of days ago, and seemed to be in the microscopic minority, saying the changes [...] 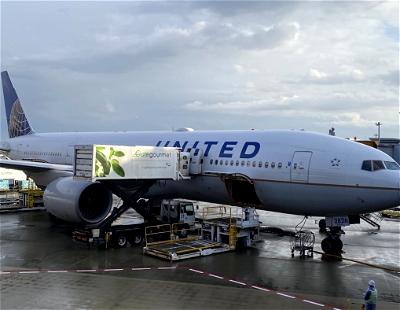