Las Vegas has one of the most corrupt taxi mafias out there. I mean, them blocking Uber aside, look at the complete lack of transportation options between McCarran Airport and The Strip. Even though they’re a mile apart, the only real way to get between the two is by taxi. Do you think that’s a coincidence, or because the taxi mafia is paying some people off?

Well, just hours after it launched, Uber has already been shut down in Las Vegas, through at least November 7, 2014.

Carson City District Judge James Russell blocked Uber from offering any rides in the state through at least Nov. 7. A hearing is set for Nov. 6.

State and county taxi officers also were trying to stop the Uber drivers earlier in the day, but managed to do so on a much smaller scale.

On Friday afternoon, at least five drivers — four in Las Vegas and one in Reno — had been cited by regulators, according to Teri Williams, spokeswoman for the state’s Department of Business and Industry. Those drivers face fines of up to $10,000, Williams said.

They’re ticketing Uber drivers, but it goes beyond that. Apparently an UberX driver was surrounded by five unmarked taxicab authority vehicles and pulled over by two undercover officers in ski masks:

Uniformed officers were at the Fashion Show mall on the Strip late Friday to meet Uber driver Michael Elsner with a ticket.

Anyway, I am a bit puzzled by the entire situation. Did Uber actually get some sort of approval they didn’t have before when they launched yesterday, or did they just take the approach of “screw it, let’s give it a shot and start the long legal battle/process?”

Does anyone have more insight into the Uber Las Vegas situation?

(Tip of the hat to @Panasenkova)

I was born and raised in Vegas and have experienced the shit show they call"taxis". What it all comes down to is this: the judges and whoever that are banning this totally LEGITIMATE company from vegas are getting paid up the ass to stop Uber. Who are they to say that Uber is not a good company? Almost EVERY OTHER state has it. All this looks like is, Las Vegas trying to make money off all the DUI's. Clearly they don't give a shit about the locals!

Get off the monopoly!! The TA aka "5 Taxi Owners in Vegas" have refused to let anybody into the market for years. The locals are tired of being refused and abused by the Vegas taxi monopoly! These "5 Taxi Owners just raised rates again, now being the most expensive in the country, then claim its not that much to ride from the airport to the strip. But if you are a local going to Nellis or Summerlin, then be prepared to be robbed by the TA, because that's what they will do to you every-time you ride in a taxi.

Why yes, it is such a sophisticated, nuanced stance 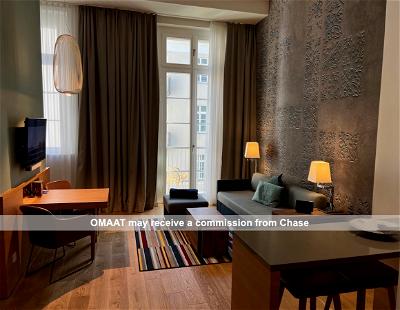