I’m approaching a decade of being active in this “hobby,” and while I fly more than ever before (I flew over 400,000 miles last year), I’m also doing less mileage running then ever before.

There are a few reasons for that:

All that being said, I went on a good old fashion eight segment mileage run this past weekend, and I figured I’d share some random musings. Most of my domestic travel is really boring, but this one was a bit more interesting than usual. In no particular order, here we go (in some cases I’ll intentionally leave out the route):

Being issued an official FAA warning

The purser on this sector seemed fairly nice at first. As the pilots went to use the lavatory he was blocking the aisle with the cart and standing on the other side of it. Someone in the bulkhead row tried to get up during that time, I guess because he either didn’t see the cart or didn’t know the significance of it.

I’ve seen this many times before, and usually the flight attendant will make a hand motion and loudly say something like “you need to sit down please.”

I couldn’t completely hear the conversation, but it seemed like the passenger was telling him that the tone was unacceptable. After a few minutes the purser calls the cockpit and then gets a “kit” out of the overhead bin. He starts doing some paperwork, and a few minutes later presents the passenger with an inflight disturbance report.

Contract Enforcement Team to the rescue!

While it’s not uncommon to see flight attendants and passengers get in an argument (see above), this is the first time I’ve seen a flight attendant and gate agent go at it on the plane in front of the cabin.

The purser on this sector wasn’t especially friendly, and as the gate agent came by to close the aircraft door, the flight attendant started chewing him out and explained that he started boarding the plane before one of the flight attendants was aboard, and what a major violation this was. She said she would write him up. She had a large envelope which read “Contract Enforcement Team,” which best I could tell she handed to the gate agent on arrival.

Speaking of following “protocol,” I found it kind of funny that one of the flight attendants on that sector wasn’t wearing his tie and had his two top buttons undone. Oddly she didn’t call him out on that. 😉

Huh? Who’s offering me a drink?!

I was napping and woke up a bit before landing, at which point someone came up to me and asked if I wanted something to drink. The weird part? She was literally wearing bunny slippers with fur, and had on a non-uniform jacket. It took me a few seconds to realize that was in fact the flight attendant.

By chance I ran into a flight attendant friend over the weekend at the airport, and she primarily flies the A321s between Los Angeles and New York right now. She explained that apparently the A321s are diverting quite a bit.

She had worked what was supposed to be a roundtrip between Los Angeles and New York.

The flight from Los Angeles to New York got diverted to Philadelphia due to fog. They rebooked all the passengers and then eventually ferried the plane to New York empty.

Then on the return the New York to Los Angeles flight got diverted to Ontario, once again due to fog.

Why are these brand new planes diverting due to fog? Apparently because the planes are so new, the pilots aren’t rated to land below certain visibility conditions. She said it was one of the most bizarre trips she has ever worked, given the double diversion.

While this is hardly eventful, I did have a go around into LAX on my Alaska flight from Seattle. We were maybe a mile from the end of the runway and powered up for a go around. I’ve had a few of these before, including on Aer Lingus, British Airways, and Sri Lankan. I’m actually surprised it doesn’t happen more often.

A few passengers seemed a bit concerned, though I was impressed that the flight attendant made an announcement within a few seconds saying that it was just a standard go around and that the pilot would be on the PA shortly to explain. A couple of minutes later the first officer got on the PA to explain there was still an aircraft on the runway.

It only cost us about 15 minutes, and we still just about arrived on time.

I do love Alaska Airlines. I’m not exactly sure why. They’re one of the quirkiest, simplest airlines out there. I mean, their planes have less cabin technology than a Greyhound bus, they start boarding roughly two hours before departure, and they’re the only airline on which you won’t ever gain a pound, because their food portions are so damn small.

But the thing I love more than anything about Alaska Airlines — and I’m being genuine here — are their credit card pitches. Why? Because I’m always curious what facts the flight attendants will make up next. Last week I had one flight attendant say that they have 170 airline partners worldwide, for example.

Alaska’s Hazelnut Espresso Vodka is the best thing ever

Alaska might not have any inflight entertainment, but they have Crater Lake Hazelnut Espresso Vodka. It’s quite possibly the tastiest thing on earth. I just discovered it a couple of weeks ago, and I’m hooked. 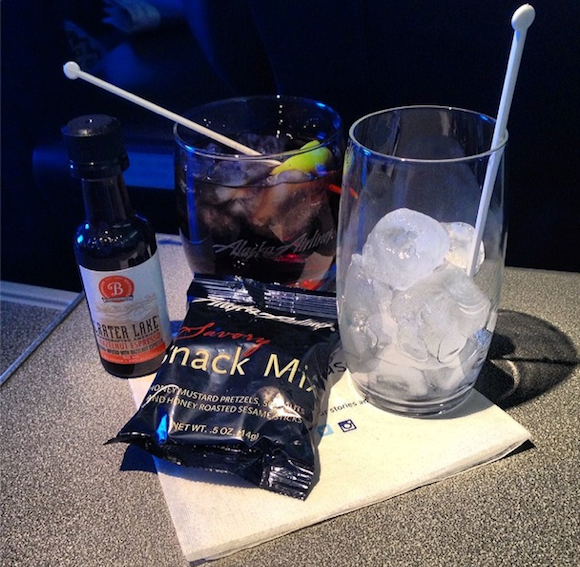 So while I don’t miss the exhaustion that comes along with domestic mileage runs, I do kind of miss the excitement…

I too was on an Alaska flight last week and heard the same claim that they have over 170 airline partners world wide. I've heard you (and others) refer to Alaska as the slut of the skies because they'll partner with anyone, but I had no idea just how far that sluttiness had gone! We must have had the same flight crew or even been on the same flight but I can't remember which it was. If you have a soft spot for coffee infused booze you need to try Firelit Coffee Liqueur from St. George Distillery. It's tough to find outside of the Bay Area but last time I checked they had it at the BevMo in Downtown Bellevue. It's a little slice of heaven.

So what are the consequences of signing the report? And what happens if you refuse to sign it or dispute its content??? 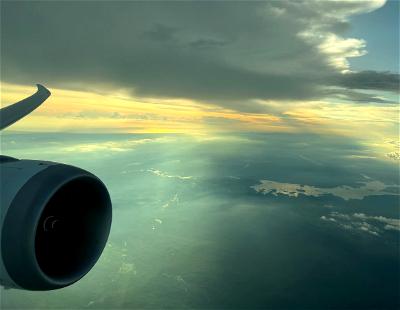