When I talk to my non-frequent flyer friends about our hobby, one of the most common questions I get is “what celebrities have you flown with?” While I’ve flown with a ton of celebrities over the years, it’s a question I struggle to answer:

As I sit here and think about the celebrities I’ve flown with, not many come to mind off the top of my head, even though I know there are dozens. Perhaps the most memorable for me were Jennifer Coolidge (because she’s hilarious) in American first class and Grace Mugabe (first lady of Zimbabwe) and her entourage in Singapore first class (what a terrible human being). And of course His Excellency Akbar Al Baker, which was possibly the highlight of my life.

On Saturday I flew from Dallas to Beijing, and I actually had a memorable celebrity aboard, for once. And he was memorable because of how patient, humble, and pleasant he was.

I settled into one of the center seats in row three, and didn’t pay any attention to the guy in the window seat until one of the flight attendants asked to take a picture with him. Then I noticed he looked familiar, but I couldn’t quite figure out who it was. I took a creeper picture and sent it to a friend, who confirmed it was Chris Pratt. That’s Andy from “Parks and Recreation,” and now from a couple of other movies, as his career is blowing up.

I can’t even begin to say how pleasant and friendly he was… and for that matter how borderline excited he seemed about flying American’s (rather trashy) first class. The purser came around to take his meal order, to which he responded “hmmm, so I can order a few of these things?” 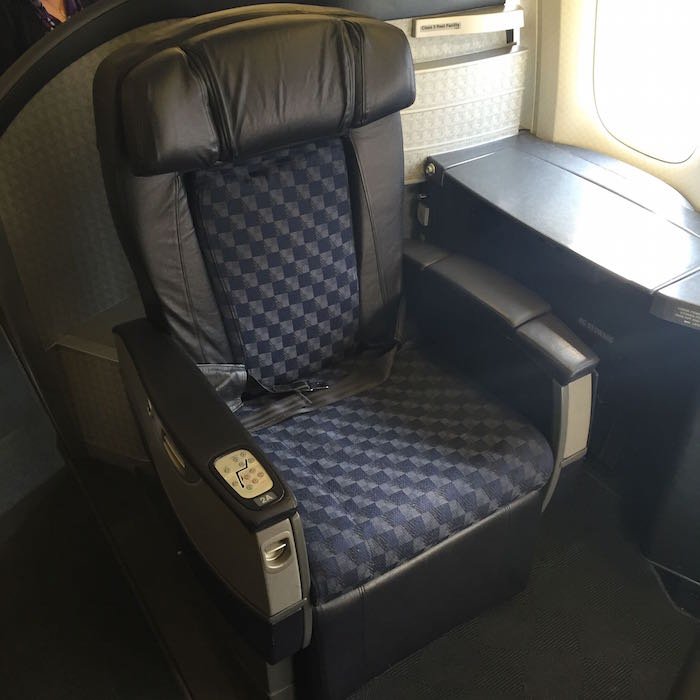 A lot of crew members came by wanting to talk to him, and he was always polite, smiled, and engaged them in conversation.

Then about 12 hours into the flight the purser came up to Chris and said some economy passengers wanted him to sign DVD copies of his movie, which he gladly did. I thought it was really tacky of the purser to facilitate it (especially since the passengers probably heard he was aboard from gossiping crew), but he did it without batting an eyelash.

When the crew wasn’t harassing him he was busy solving a Rubik’s Cube, which he was adorably bad at.

So he’s one celebrity I’ll remember, not just because I think he’s hilarious, but because he was hands down the most pleasant celebrity I’ve flown with. And that makes me like his acting even more.

Have you flown with any interesting celebrities?

Years ago, in the seat next to me was Mike Judge the guy who did the voices for Beavis and Butthead as well as King of the Hill (not a fan of either) but he was a really nice and likeable fellow. Probably the kindest and most genuine person I was ever on a flight with was the metal musician Ronny James Dio. One of the most easy going and polite people I have ever met. He smiled and laughed when I asked for his autograph. There was an elderly woman who had been put into business class with us because she was feeling ill part way through the flight (a deadheading pilot switched seats with her so she could lay flat; nothing serious just dehydration). I'm a former medic and respiratory therapist so a doc on board and myself kept an eye on her. When we arrived where we were going, we stood her up (she refused to be carried off the plane) and she promptly passed out momentarily. We decided to carry her off the plane and Ronny stepped in to offer his assistance and he and I carried her to the jetway where a wheelchair was waiting. I turned to tell him thank you and he stops me. "I didn't do anything. You took care of her so thank you". He insisted on taking the doc, her husband, their two kids, myself and my girlfriend at the time to lunch as his way of saying thank you. He also apparently remembered me because I was on another flight with him a couple of years later and he came up to me, addressed me by name and asked how I had been.

Like you, Ben, I wouldn't recognize a celebrity if they punched me in the face. About 20 years ago, I was working out beside Bruce Willis in North Vancouver, BC and only found out who he was when he was surrounded by almost every female (staff and customer) at the gym. But, the most memorable encounter was with Zac Efron about six years ago. The airline I was working for was ensuring that he had a smooth transit, so I had an opportunity to meet his flight. From the moment he met us at the end of the jet bridge to the moment that we left him in our lounge, he was a class act all the way. He was humble and an all-around nice guy. He didn't hesitate to sign a printed photo of him for my then-teenage daughter. She still won't forgive me for not letting her cut class to take her to the airport with me. :) 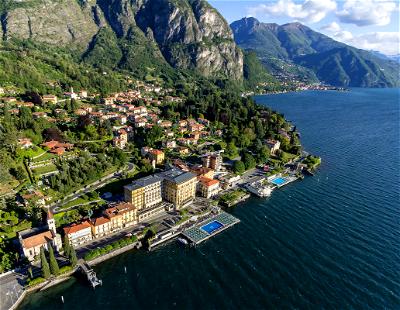