TAP Air Portugal is a funny airline. I’ve flown them three times within Europe in the past year in business class, and have had three different experiences. On my first flight with them, there was no service. That was because the flight wasn’t staffed correctly, and as a result the crew wasn’t required to provide service, per their contract. The crazy part is that this apparently isn’t even an isolated incident, as many people reported having a similar experience.

My second flight with them was a breakfast flight, and was great. I especially love TAP’s new seats, power ports, and nice pillows and blankets, which many airlines don’t offer within Europe. 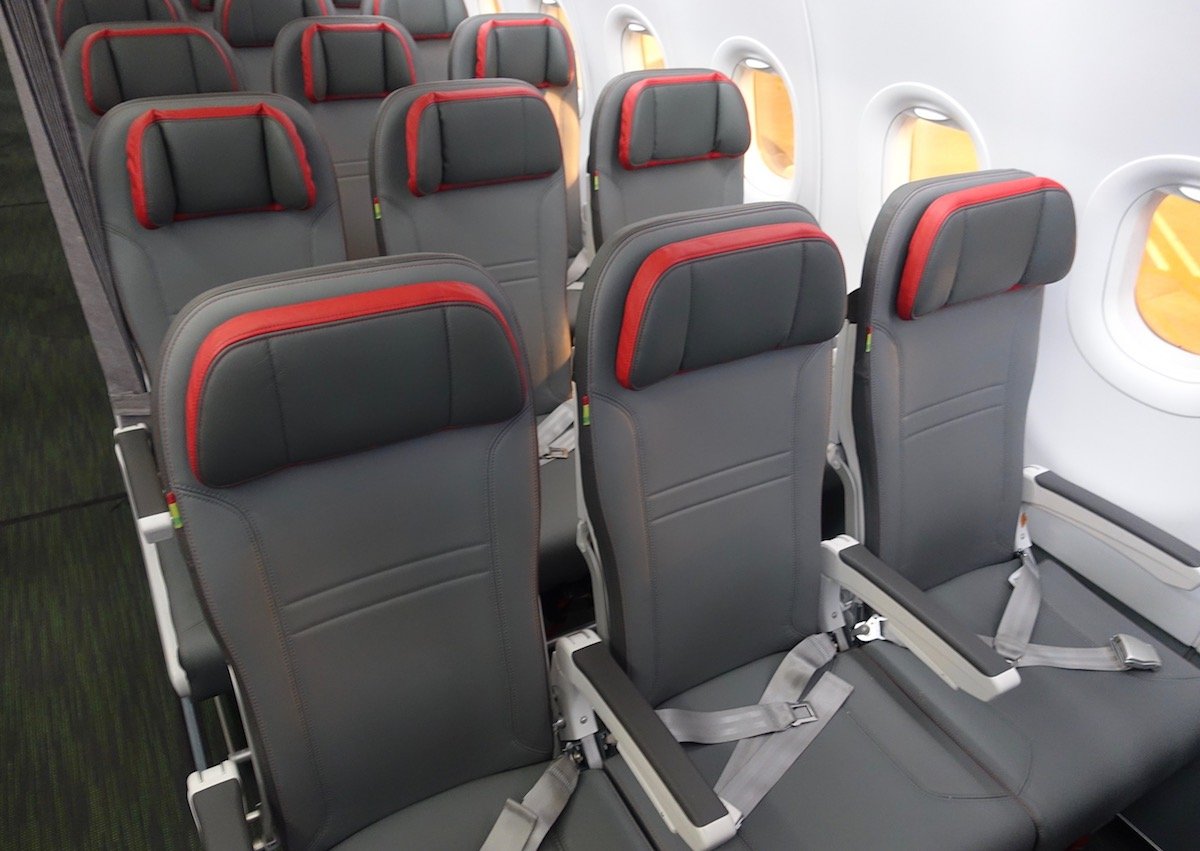 Last night I flew TAP from London to Lisbon, and was extremely impressed. On the two hour flight they first handed out menus and refreshing towels. 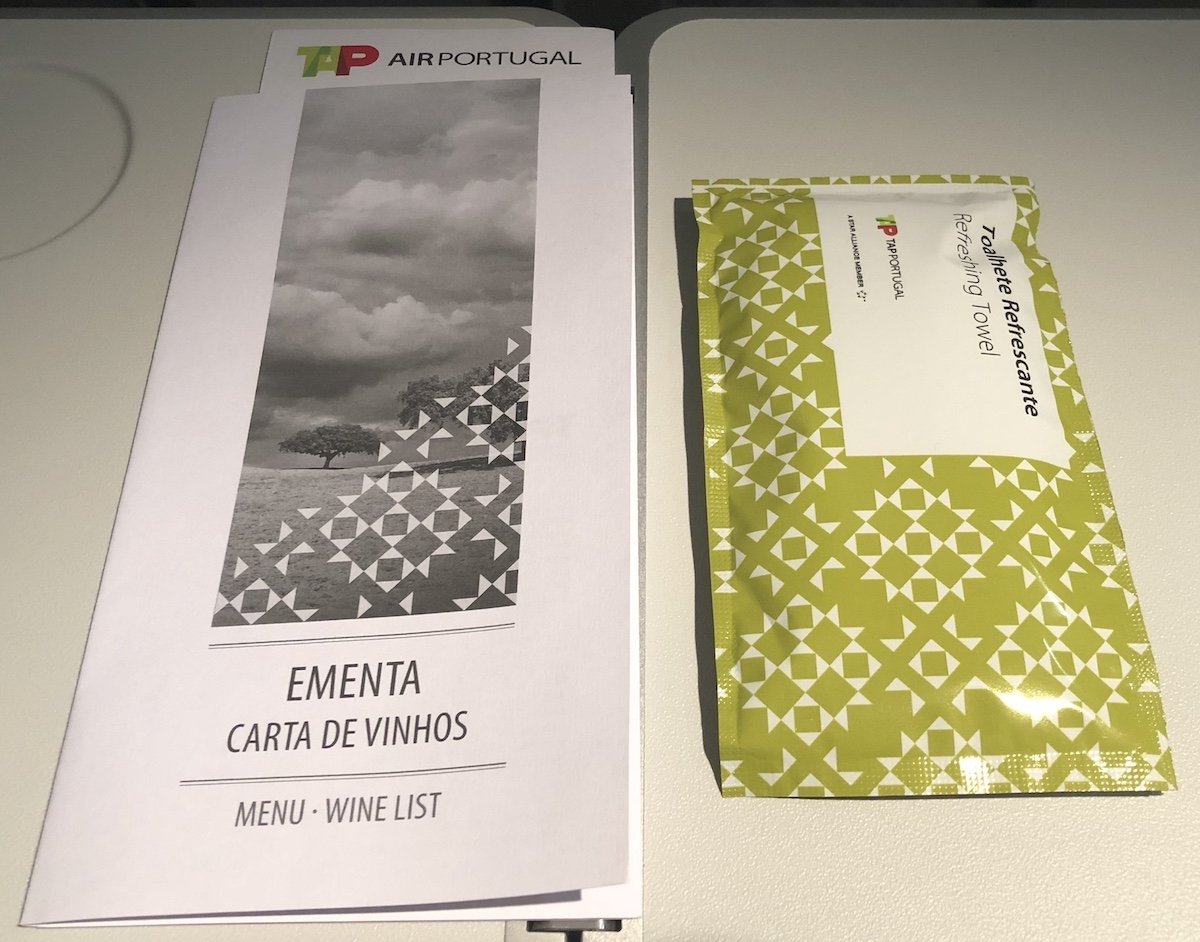 The menu was appealing, unlike Lufthansa’s typical snack selection, which consistently leaves me wondering what I’m eating. 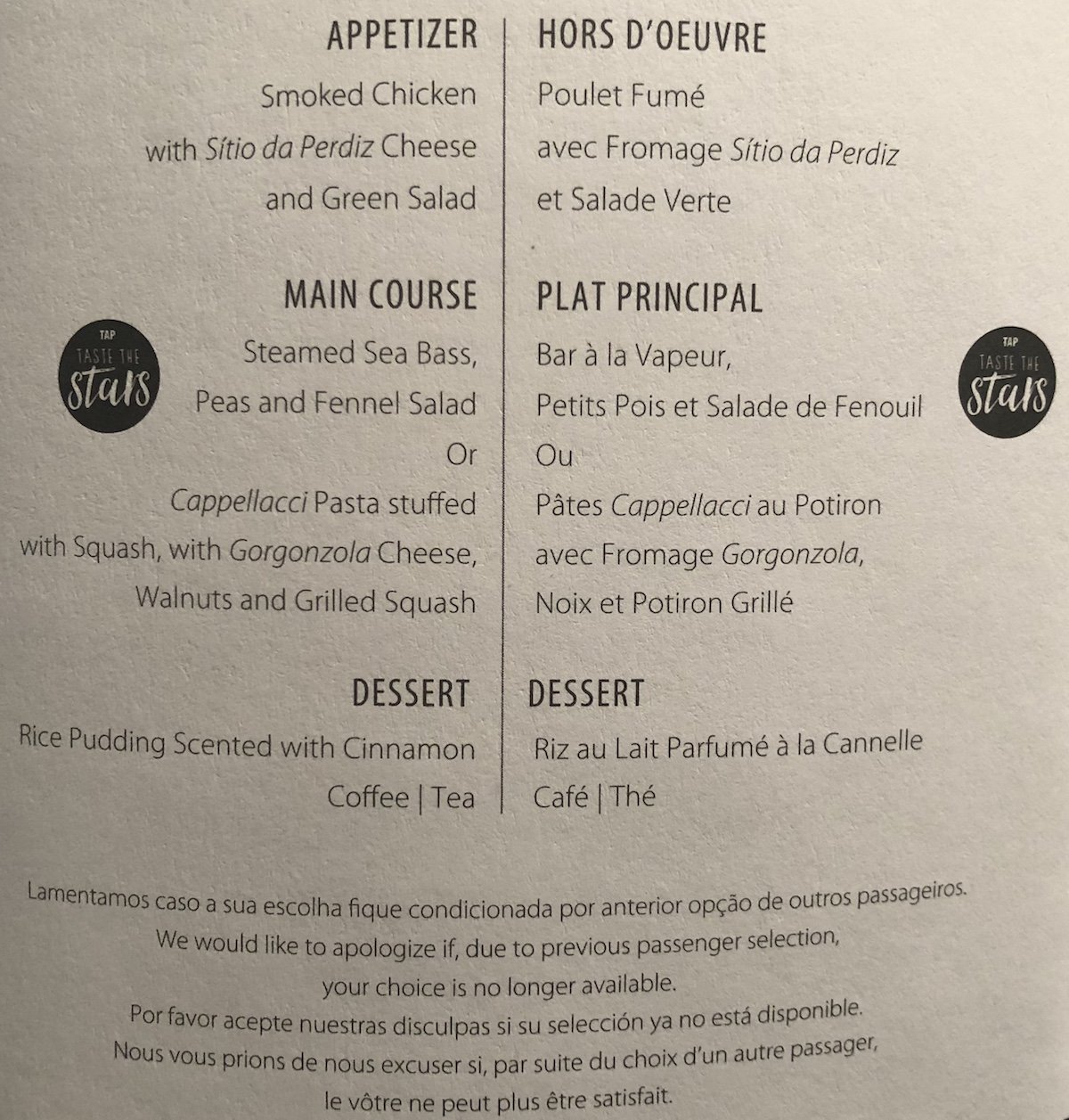 They also had a nice selection of Portuguese wines. 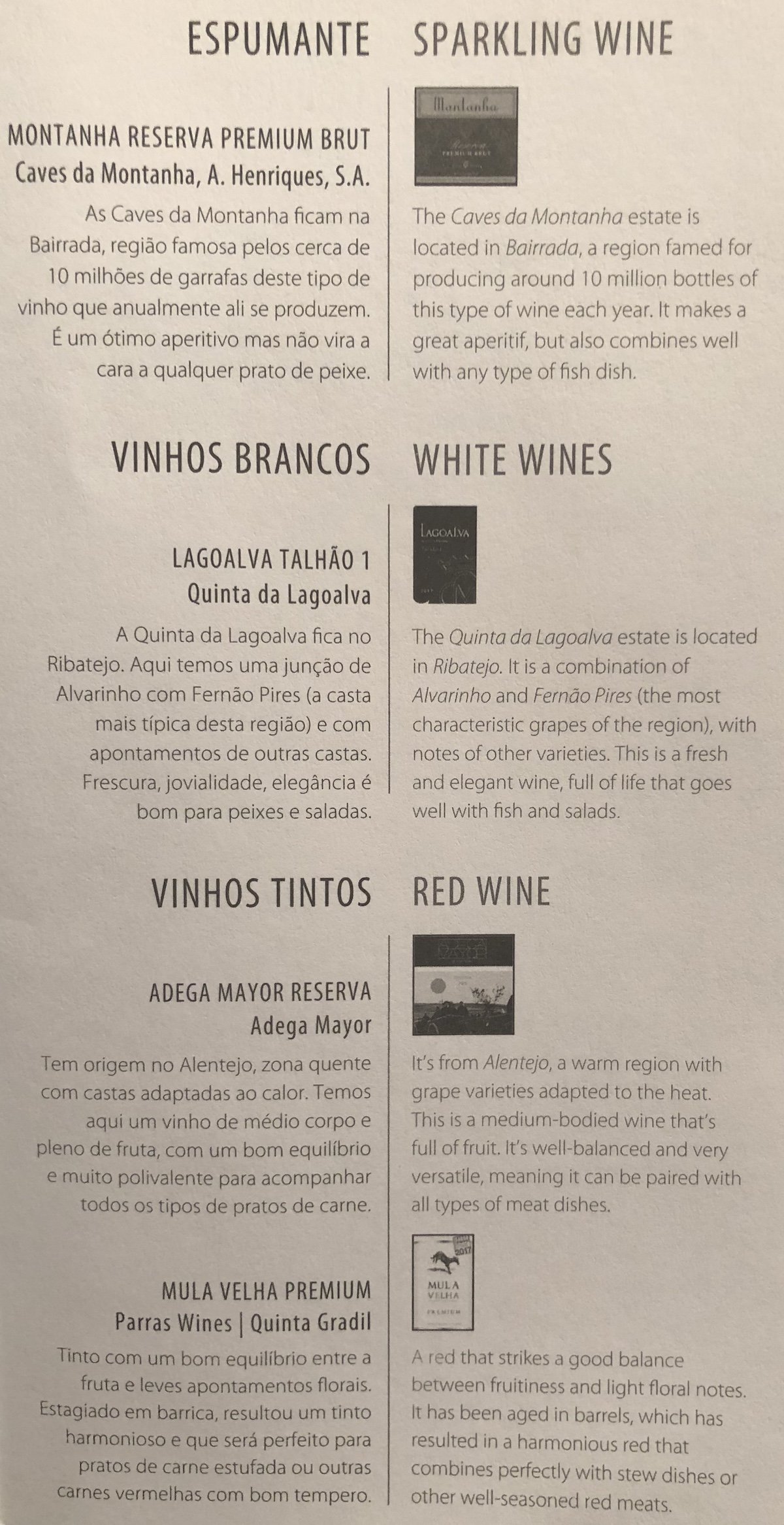 Most important, the food actually tasted really good. For the main course I selected the steamed sea bass with peas and fennel salad. It was one of the best fish dishes I’ve had on a plane in a long time. The rice pudding with cinnamon was worth the calories as well. 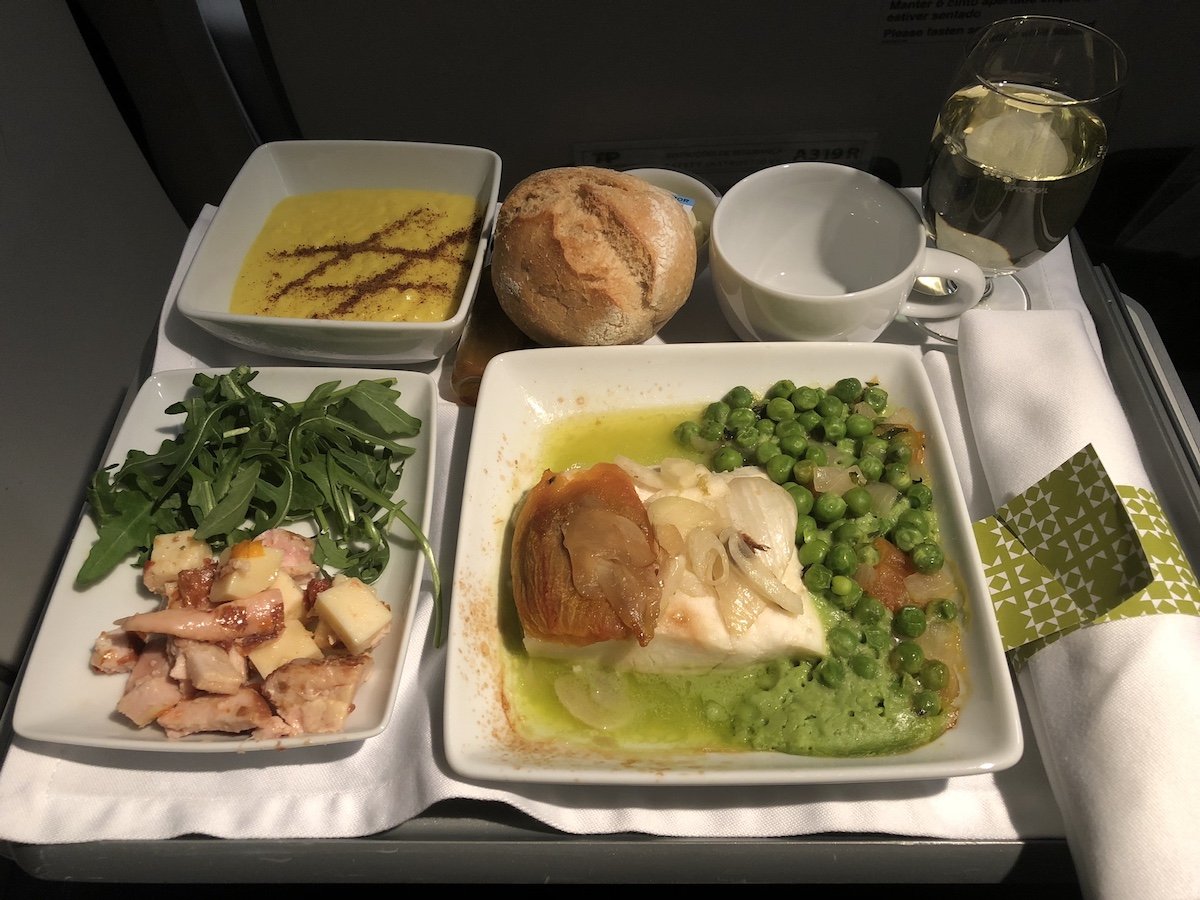 I had a coffee after the meal, which was served with a chocolate. 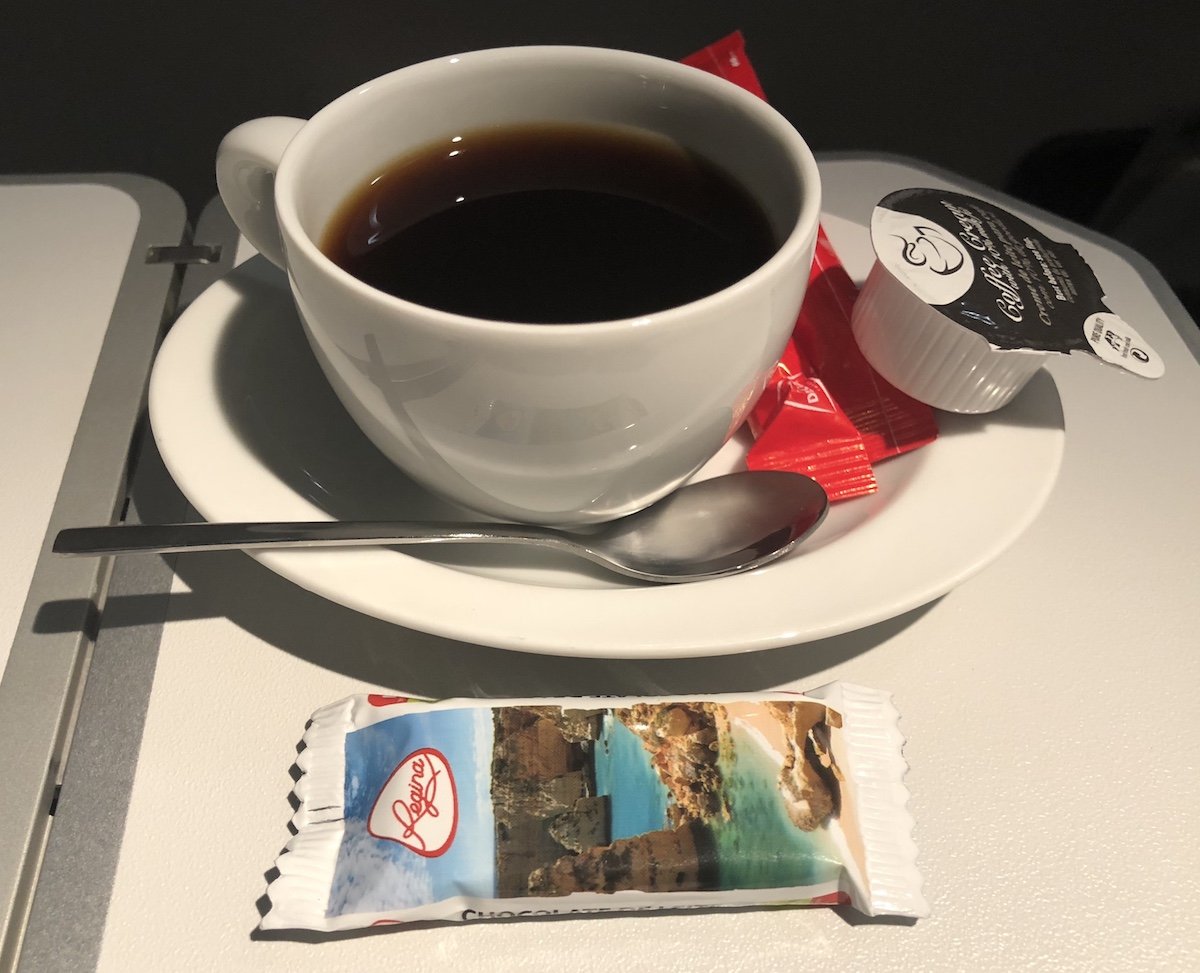 When TAP is actually providing service, it sure seems to me like they provide one of the better intra-Europe business class experiences. This meal was better than anything I’ve had within Europe on British Airways or Lufthansa, for example.

The one oddity with the flight was with the power ports. TAP has power ports on their Airbus narrowbody fleet, which is great. However, about 10 minutes after I started using one it stopped working. When I brought this to the attention of the crew they offered to move me to another row, where it was working. The same exact thing happened on my last TAP flight. Are the power ports just not designed to work?

What’s the best meal you’ve had on an intra-Europe flight?

I can't rememebr the last time I ate on an intra europe flight. I'm either full from the long haul flight before or the pit stop at the lounge.

A few years ago, one of the best intra-Europe catered J flights was on Iberia, on the very short flight from MAD to LIS. A full, hot meal was served on the hour-long flight. Pasta, excellent cheese, salad, and desert (all on one tray). I was pleasantly surprised, and really thought it was over the top. On the same trip I flew TAP from LIS to FRA and was not at all impressed with the meal service (granted it was breakfast, but it was just cold cuts, yogurt and fruit for a 3-hr flight. Not to mention that a man on the TP flight self-upgraded and sat in the "blocked" middle seat in the row across from me so he could sit with his wife. I mention this as well, because on the Iberia flight another passenger attempted the same thing, but the IB crew were much more vigilant and put a stop to it immediately.

Glad to read a positive review of TAP. I fly them several times a year, to and from Madeira, and have never had a bad flight. Cabin crews are friendly, professional, and perfectly groomed, and the meals are fresh and tasty. Along with Air France, TAP is one of my favorite European carriers.