A Facebook user shares a description and video of what she witnessed today on Southwest Airlines flight 1683 from Chicago Midway to Atlanta. This incident caused a 46 minute delay on departure, though the flight only landed 26 minutes late. 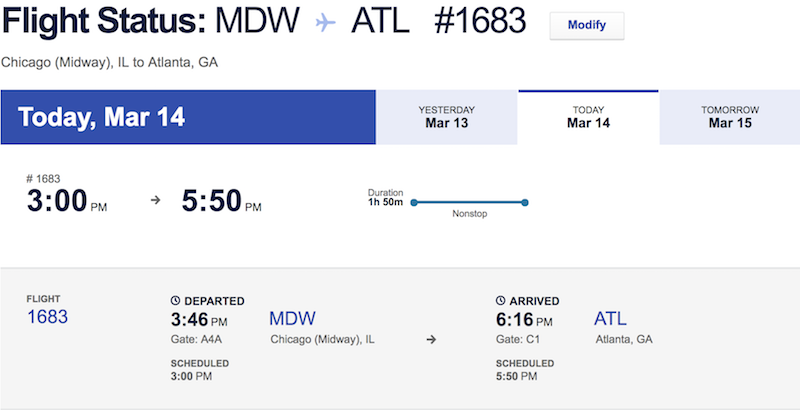 #southwest #shame #on #you #southwest #airlines kicked a man off the plane with his two year old daughter because she was afraid and not sitting in her own seat.. he asked the lady for a minute to calm her down she walked away and called people to remove him. The baby was already calm by now and sitting in her own seat. Captain then came over intercom to say we will be going back to the gate to handle a customer service issue. They then told me stop filming and this issue did not involve me, and that me and another woman who spoke up will be the next off he plane. The flight attendant then came to tell me be quiet stop talking ( to the person next to me ) no one around me wants to hear about the situation. #Flight1683 #MDW to #ATL ABC 7 Chicago NBC Chicago Southwest Airlines #Michelle was the flight attendant

Here’s the video of the incident:

It would appear that the flight was taxiing out, and that the two year old wasn’t sitting in her seat properly because she was scared. The father just asked for a minute and didn’t seem to have an attitude. However, because the toddler wouldn’t be seated properly right away, the flight attendant called the captain, and the plane returned to the gate so the man and his daughter could be removed. Even though the daughter was quietly sitting there when they got back to the gate, they still kicked her off, because “the decision has been made.”

I understand that flight attendants need to enforce FAA regulations, and that the daughter needed to be in her seat. I also understand that at a busy airport you’re potentially holding up other planes if you get out of sequence and delay the flight until someone is seated (though returning to the gate also delays a flight).

However, she’s also two years old. If she was scared to fly on this flight, can you imagine how scared she’ll be next time, after she was kicked off a plane once?

So I get the flight attendant was technically trying to enforce the rules, but this seems to me like a case that should have been handled differently, at least based on what we know. As humans we have to show more kindness and compassion, and that even applies in situations like this, in my opinion. Assuming the father wasn’t being aggressive and argumentative, I just feel like it shouldn’t have ended this way. The father tells the gate agent that the flight attendant was yelling at his baby and he was trying to calm her.

Here’s how Southwest describes their mission:

“The mission of Southwest Airlines is dedication to the highest quality of Customer Service delivered with a sense of warmth, friendliness, individual pride, and Company Spirit.”

I don’t feel like the flight attendant here embodies that. Actually, she seems to have quite an attitude, especially as she tells the passenger filming to mind her own business because “this has nothing to do with you.”

(Tip of the hat to Supicha)

Not having watched the video, I can’t speak to the attitude or behaviour of the FA. (In my opinion, the majority of today’s FAs have very poor skills in the art of customer service) but I can say this... If the child was over 2 yrs old and was NOT belted in a seat at the moment that the FA was required to signal an all clear to the captain, the outcome was then being determined by FAA regulations and not the FA. Period. End of story. No FA wants to risk running afoul of FAA safety rules. Having said that....I call BS on the entire issue when, if the child had instead been just shy of her 2nd birthday, she would have been allowed to be held on her father’s lap during takeoff and landing whithout anyone batting an eyelash. It’s an absolutely ridiculous rule but it is there, and must be obeyed by any FA who wants to remain employed. Let’s all get our panties unbunched now, eh?

Here is what I think. There are numerous comments on rules (which most of you commenting on them don't even understand) and who is to blame the parent or the Airlines. Obvious by the video that the Flight Attendant had no-wiggle-room or kindness or understanding but all the power and that is a shame on her. So the child was upset for a moment it happens and just exercise a little patience even if you don't want to. Once the Flight Attendant returned with her "enforcer" and the child was calm that should have been the end of the entire situation. Bad judgement on the Flight Attendant, the enforcer, and the Pilot (who is never REALLY in control of much). For those of you wanting them removed (Jason Texas) you obviously do not have children and probably never should but for all of you, please feel free to remove you screaming ass kid from the movie theater, the restaurant, any and all waiting rooms, church, and any other place where NO ONE WANTS TO LISTEN TO YOUR OUT OF CONTROL CHILD. Patience, respect, understanding, and helpfulness might go a long way in a less than perfect situation.

I have to believe the bigger issue here is just how the parent handled the situation. Sure, a 2 year old could act out and stand up in her seat. How did the parent react? (I don't know, I wasn't there.) I've been at enough restaurants where kids are running around, screaming, like they were in a playground, while the parents sit, oblivious. The FAA requires all passengers be seated and belted. I don't know how much discussion or how many times the flight attendant had to tell the parent to comply with her instructions. I have to believe it was more than once or that the flight attendant had reason to believe that the situation wasn't going to improve. As an airline captain myself, I support my flight crew. I've also learned that if a situation isn't good on the ground, it's not going to get better in the air, when you and your problem are locked in an aluminum tube at 37,000 feet. You think that going back to the gate is bad? Try diverting to another airport. I'm sure there is more to this story than a blogger's interpretation of a passenger's video which probably didn't document behavior leading up to the deciding event. 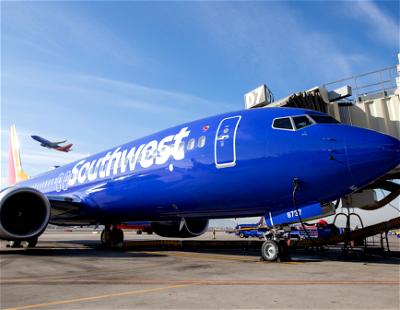 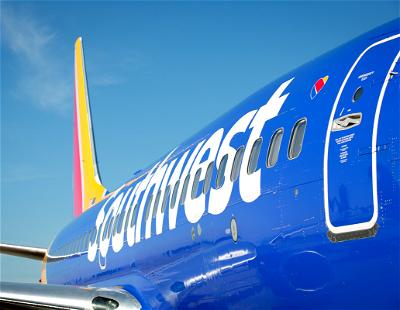