A couple of days ago Southwest Airlines generated a lot of buzz when they started selling flights to Hawaii. The airline published fares of just $49 one-way, including two checked bags, which is an incredibly good deal.

When will Southwest fly to Hawaii?

The airline will be operating the following flights to Hawaii, and also between Hawaiian islands:

Many people have been confused when they’ve found themselves trying to book flights on Southwest’s website, only to be told that there are no flights available. Specifically, this applies for people booking connecting flights.

For example, say you want to fly from Chicago to Honolulu. You can book a flight there without issue:

But if you try to book a return from Honolulu to Chicago, you’ll be told there are no flights that are scheduled to operate:

No, the flight probably isn’t sold out, and this isn’t some website glitch. There’s a reason this is happening, and it’s sort of dumb, but it’s a thing.

Why Southwest doesn’t sell Hawaii tickets from many cities

One quirk to understand about Southwest Airlines is that they don’t operate redeye flights (where you take off late at night and land the following morning). They’re the only major US carrier to have that policy, and frankly it’s a surprising policy, given that it means their aircraft utilization is lower than with other airlines.

The absolute earliest flight from Hawaii to the mainland on Southwest gets in at 5:15PM. That’s already 8:15PM on the East Coast, and in many cases there aren’t same day connections available to many points throughout Southwest’s network.

However, not only does Southwest not operate redeyes, but they don’t sell overnight connections. So you’d think they’d at least give people this option — say you fly from Honolulu to Oakland in the afternoon, and then from Oakland to Chicago the following morning (and you’d spend a night in a hotel at your expense). But that’s not even something they offer.

This isn’t a perfect workaround, but the next best option is to book your ticket as a multi-city itinerary. Since Southwest won’t let you book an overnight layover on a one-way ticket, you’re essentially building your own ticket.

Then you can pick the flights you want.

Then it will present you with the cumulative price.

The downside here is that you’re paying the cumulative price of the segments. In other words, Southwest may ordinarily have one price between Chicago and Honolulu, while they’d have a difference price from Honolulu to Oakland and Oakland to Chicago. Sometimes it will be higher, and sometimes it will be lower.

I’ve always been surprised that Southwest Airlines doesn’t operate redeyes, so I’m curious if their new Hawaii service makes them rethink this policy. They’re alienating a lot of non-West Coast flyers by not offering practical connections to a majority of their markets.

At a minimum you’d think they’d sell overnight connections as part of one ticket, since many people probably wouldn’t mind that (heck, they could even start a program where they advertise a “free” stopover at the West Coast city). My hope is that they update their technology, and they just haven’t done it up until now because they haven’t had a need to.

Worst case scenario you can just book your ticket using the multi-city feature, with the flight from Hawaii to Oakland or San Jose on one day, and then the connecting flight the next day. Unfortunately it will be cumulative pricing, but in many cases this could still represent a good deal, especially if redeeming points earned from the Southwest credit card, or if you have the Southwest Companion Pass.

Has anyone run into this issue trying to book Southwest flights to Hawaii?

I have reward points but I tried to book from Honolulu Hawaii leave Feb 14 2022 for senior and adult for southwest Hawaii to Hartford ct. but the website southwest do not make sense. Can you help me

I run into the same thing trying to book California to the Caribbean…….

Thanks for this workaround Lucky...exactly what I needed to get my trip planned. 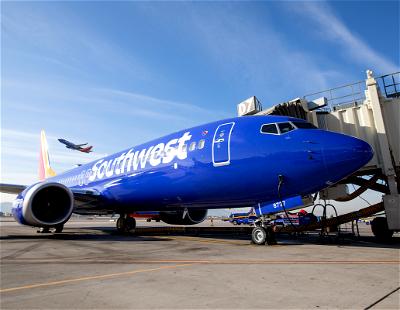