I love Japan. It’s the only place in the world where someone does something nice for you and apologizes for it.

After landing from the Los Angeles to Narita flight yesterday, we headed over to the domestic terminal for our Narita to Nagoya flight on Japan Airlines. The domestic lounge is pretty simple, and I got caught up on email for a couple of hours. About 15 minutes before we were scheduled to board, my travel companion and I (or at least names slightly resembling ours’) were paged in the lounge. My friend was on a call, so I went to the desk for both of us, and was rather concerned about what might be wrong, since the flight still showed on time when I checked a few minutes earlier.

There were three agents standing there with frowns on their faces — “Mr. Lucky, I’m so very sorry, but is it okay if we give you a better seat?” I looked a bit surprised, though they had a laminated piece of paper with the aircraft’s seatmap. “Mr. Lucky, I’m so sorry, may I put you in 1K, this is a first class seat?” I said “that would be great, and where would my friend sit, in 2K or 1G?”

All three of them covered their mouths and let out a collective gasp. “I’m so sorry, you are traveling together?!” I said “yes,” and they said he would be in 1G, which is immediately across the aisle. I said I’m sure that would be just fine (given that the plane’s configuration is 1-1-1), and all three of them thanked me profusely and apologized once again, concerned this arrangement might not be okay since we would be seated so far apart. Since there’s still a trip report on the way, let me just hit on four points about the flight:

What are we, pre-boarding the cast from Dora the Explorer? 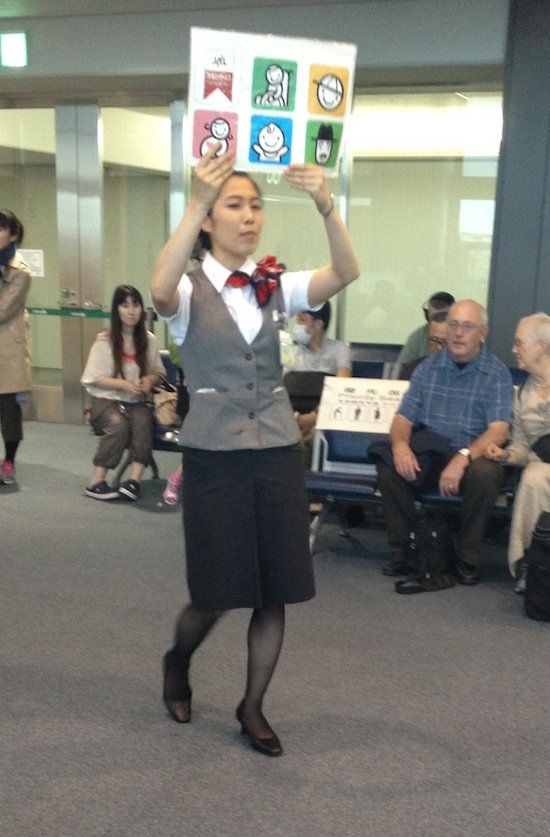 Here’s a close-up of who they’re actually trying to pre-board (cause obviously anyone under seven and over 65 wears a hat). We flew right next to Mt. Fuji. Holy wow! 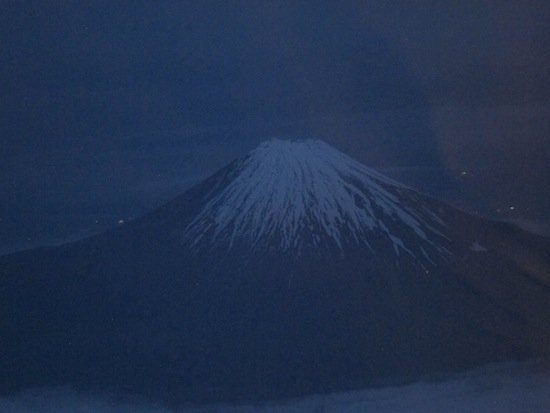 While the flight attendants were super-friendly, they make in-flight service at US airlines look impressive. The service onboard consisted exclusively of a beverage served in a small plastic cup with a lid. An all around enjoyable experience, and now I’m in Kyoto.

@Lucky: Cathay Pacific was once sued in the Philippines for upgrading a passenger to first class... and Cathay Pacific lost! The case even reached the Supreme Court. http://sc.judiciary.gov.ph/jurisprudence/2003/mar2003/150843.htm

Those JAL seats may be old but they look really cool...

@Everett: "My buddy Kenny and I recently flew to Tokyo on JAL and were also amazed at how nice and eager to please they are. Almost as if they are scared to disappoint the gaijin." Try asking for more than one tiny dose of Japanese-sized aspirin. They're not scared to say that's against some imaginary doctor's orders apparently.