I just flew from Los Angeles to Tokyo Narita on American in first class (I had booked a discounted business class ticket and used some of my systemwide upgrades to secure first class seats), and I was actually pleasantly surprised. While a full trip report is on the way, here are my initial impressions: 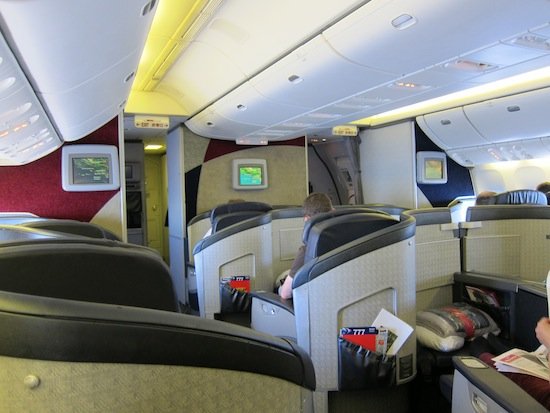 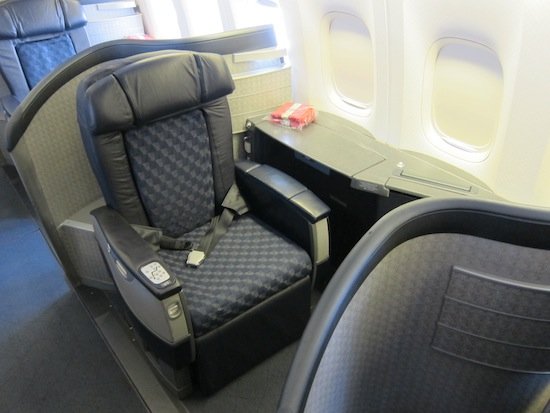 The purser, Steve, was really nice and professional. Perhaps he was a bit too nice, since he engaged every passenger with a smile at every interaction. Ultimately that’s what I love to see from pursers, though the issue is that it meant the main meal service took nearly 3.5 hours.

Kudos to the guy for being so friendly and talkative, because he gave just about every passenger ideas for what to do in Japan, jetlag and transportation tips, etc. The couple seated across from me were celebrating their 40th anniversary, so he even made a card for them and had the whole crew sign it.

Ultimately American’s food is simple and tasty. I’ll trade caviar for an ice cream sundae any day. There are definitely airlines with better food out there, though there was nothing inedible, as I sometimes experience on other airlines when they try a bit too hard. 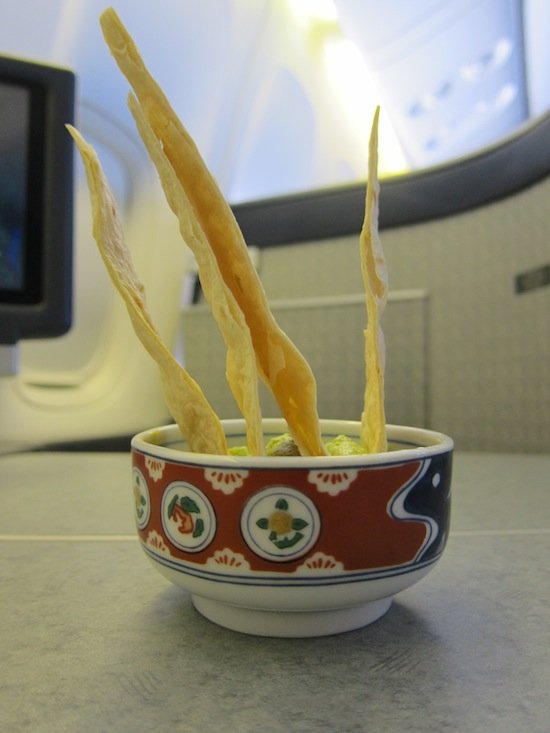 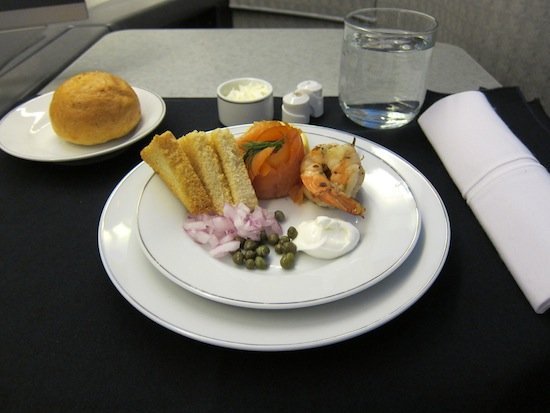 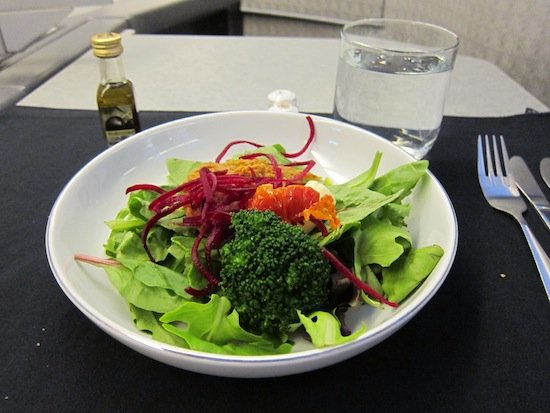 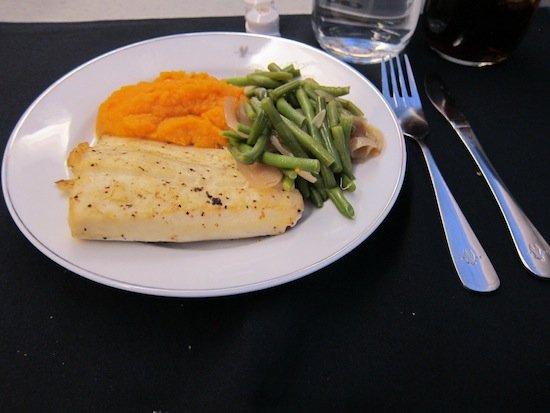 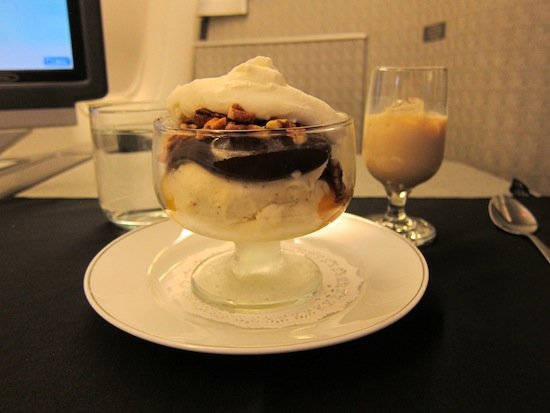 This is where American has really stepped up their game, and what impressed me the most. Late last year American added pajamas and turndown service in first class. The pajamas were comfy and high quality, comparable to what’s offered by other foreign carriers. 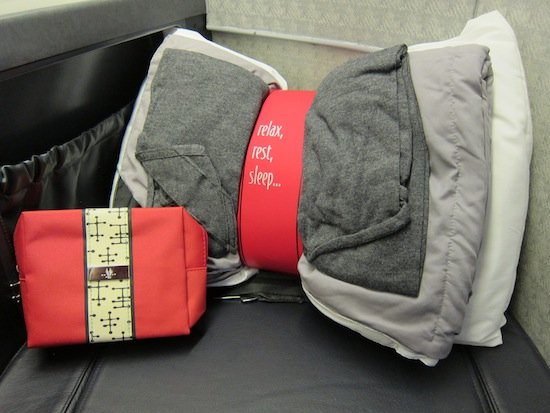 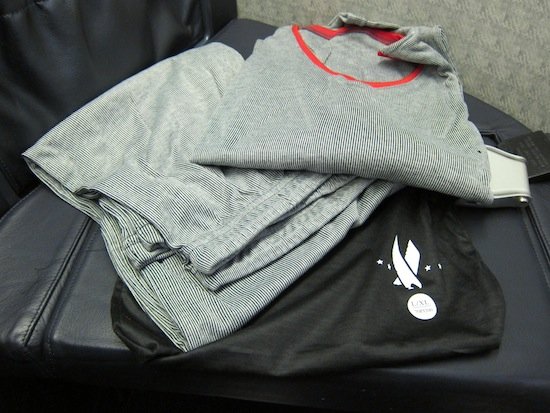 The turndown service was also quite nice though simple, and consisted of a thin mattress pad being placed on the seat. Interestingly the lack of any sort of a turndown service was my biggest gripe with American first class when I flew them last year from Miami to London, so with the new offerings they do have a more competitive product. 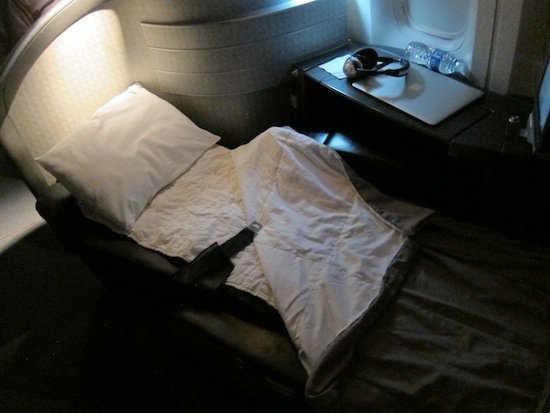 It really is so refreshing to see American actually investing in their product instead of only cutting back, like other US airlines.

Ah, that's what I figured with regard to your reimbursable expenses. I just wondered why clients who are using miles wouldn't want to earn miles. That'd be neat to see and I'm sure would be appreciated by not only me but your other readers. :)

@ steve -- How about this: at the end of the year I'll make my best effort to break down mileage, hotel nights, and a breakdown of the cost for each? It'll be quite a task, though I promise to try. I earn points through reimbursable business expenses in a few ways: a) I have meetings occasionally where I'm asked to book my own air and am reimbursed. b) Some clients prefer not giving out their credit card information, so I simply put the charges on my card and they reimburse me. c) I put as much travel spend for friends/family on my card, and they they reimburse me.

@lucky without divulging more than you'd be comfortable to do, would you ever consider giving a breakdown of approximately how much you stay/fly/spend in a year? I assume you still do a fare amount of mattress running/mileage running that you don't discuss (as it's uninteresting to the reader). Still, aside from indicating that you earn a lot of points based on reimbursable spending (without saying from what) in a year, we're in the dark about how you manage to do all that we continue to read about. And I'm sure it'd be interesting to see. Thanks!