At the beginning of the month I wrote about how Saudi Arabia was planning on formally opening the country up to tourists, and the full details of that have now been revealed.

Starting tomorrow (Saturday, September 28, 2019), Saudi Arabia will start accepting e-visa applications online for visitors from select countries. We don’t yet know exactly what the application will look like, though it’s said that it will take just a few minutes to complete.

This is part of Saudi Arabia hoping to greatly increase tourism over the coming years, as they’re hoping that by 2030 they’ll have 30 million international visitors annually, and that tourism will contribute 10% towards their GDP. While the country has a fair number of religious visitors currently, they’re hoping to open the country to other types of visitors as well.

How Much Does Saudi Arabia Charge For E-Visas?

What Countries Are Eligible For Saudi Arabia E-Visas?

Passport holders from a total of 49 countries are eligible for Saudi tourist visas.

In the Americas, the following countries are eligible:

In Asia, the following countries are eligible:

In Oceania, the following countries are eligible:

In Europe, the following countries are eligible:

How Long Is A Saudi Arabia E-Visa Valid For?

Saudi Arabia tourist visas will be valid for 12 months and for multiple entries. Visitors can stay for up to 90 days per visit, and no longer than 180 days total in one year.

For the first time ever, women visiting Saudi Arabia won’t have to wear the traditional abaya, though the country is still asking women to dress modestly.

Saudi Arabia has been talking for years about issuing tourist visas, but the program kept getting pushed back. So it’s interesting to see this finally happen.

Obviously I take huge issue with many of Saudi Arabia’s policies. Furthermore, between the jailing at the Ritz-Carlton Riyadh and Khashoggi’s death, Saudi Arabia has an uphill battle ahead of them in terms of convincing people to visit.

Even many of us who were previously intrigued by the prospect of visiting Saudi Arabia are thinking twice at this point.

It used to be that I was interested in visiting Saudi Arabia because I think just about everywhere is worth seeing, even if they have laws I strongly disagree with. I also largely refused to draw lines with visiting destinations, since it’s a slippery slope.

Nowadays I’m a bit different, and I do try to draw more lines in these regards.

Saudi Arabia is no doubt a country with a unique culture and with some great natural beauty, and is even home to several UNESCO World Heritage Sites,

But I’m not sure I’m quite ready to visit…

You still have to go to a Saudi Embassy or consulate to apply, or you can have a travel agency take care of it if you are looking to travel for Hajj or Umrah (though that can be done on your own as well). You may be able to do it online and mail it in, though I'm not completely sure. If you have had a visa for Saudi Arabia in the past, the process is definitely easier.

I lived in UK (Cardiff) and having a pakistani passport. Can someone Pls guide how to apply for Saudi visa (one year). Thanks

I worked in SA for 12 years and happy to see tourism getting opened in the Kingdom. There are definitely places to visit and enjoy. All those who are talking about beheading, just understand that those are the punishments of crimes committed while at KSA and no one is above the law. So when you are in KSA, don't smuggle and use alcohol and drugs, don't solicit or look for prostitution, and of course don't steal. You don't have to worry about losing your hand, thrown in jail for getting beheaded. 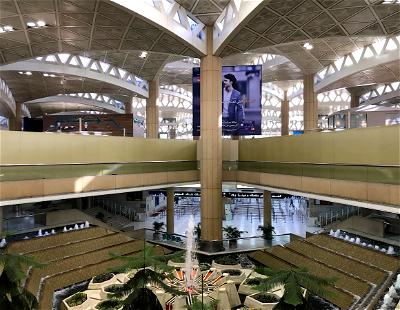