I’ll never understand Hyatt’s branding. While Park Hyatts are consistently awesome, other than that their branding is very inconsistent. They have Grand Hyatt properties, Hyatt Regency properties, and “plain” Hyatt properties. In theory that’s supposed to be the order of quality (in descending order), though in practice that’s rarely the case. For example, in Tampa the property near the airport is a Grand Hyatt, and it’s at best a decent airport hotel. There’s definitely nothing “grand” about it. Meanwhile Hyatt opened a pretty nice property in New York just recently, which is just branded as a “plain” Hyatt. So what I’m trying to say is that there’s very little correlation at Hyatts between quality and the “brand” (Regency, Grand, etc.), with the exception of Park Hyatts.

Therefore I’ve had pretty low expectations of Grand Hyatts lately, though in many cases not for good reason, especially after the Grand Hyatt San Francisco, which was fantastic.

The Grand Hyatt has a central location on Stockton Street, in walking distance to most places you’d want to visit in San Francisco. On the outside the hotel doesn’t look especially modern. 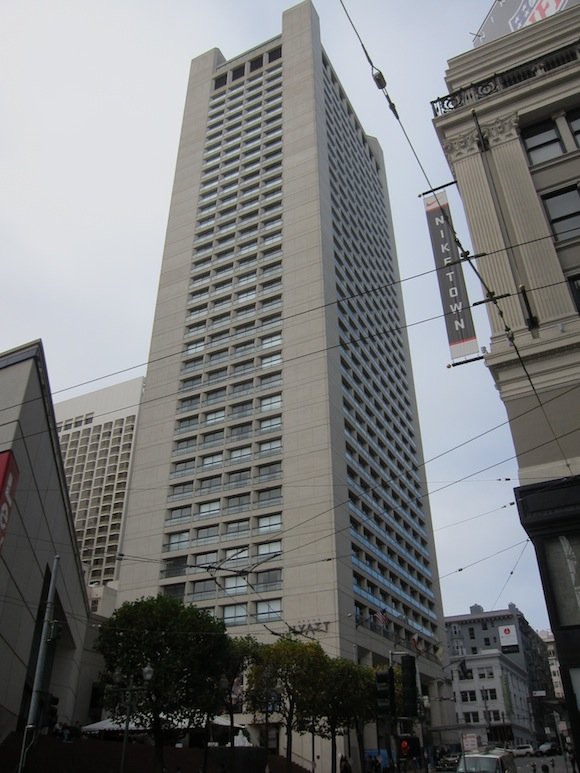 The hotel is presently being renovated, so the entrance is around the back of the hotel, and there are tents covering the exterior area. Nonetheless there were plenty of employees standing around to point guests in the right direction. 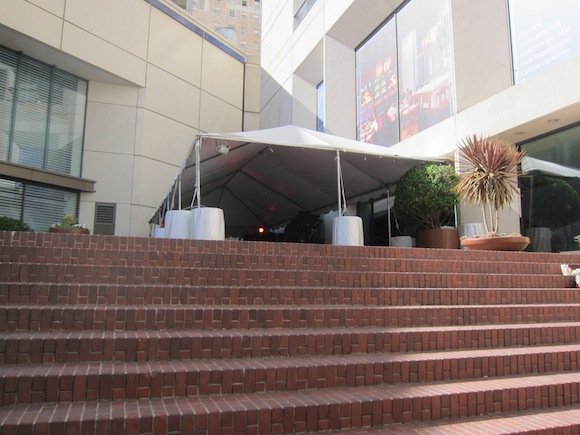 The lobby felt like a hybrid between an Andaz and Park Hyatt. It felt like a Park Hyatt because of the “library” theme of the lobby, and like an Andaz because there wasn’t a formal check-in desk with employees on one side and guests on the other, but rather you interact directly with the associates. 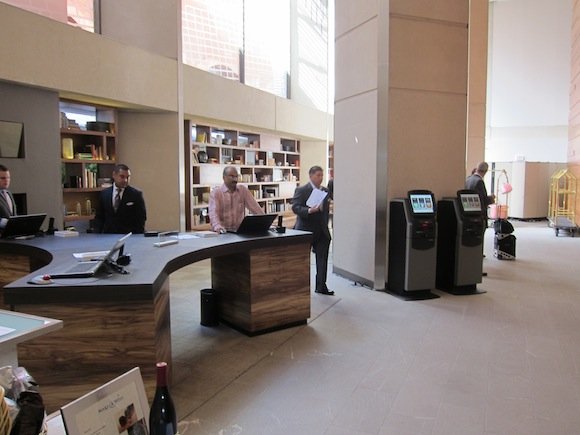 Check-in was prompt and I was informed I had a room with a nice view on the 33rd floor and access to the 32nd floor Regency Club. I was also offered my Diamond amenity, and went with the 1,000 Gold Passport points.

All of the hallways and public areas of the hotel felt fresh/new. 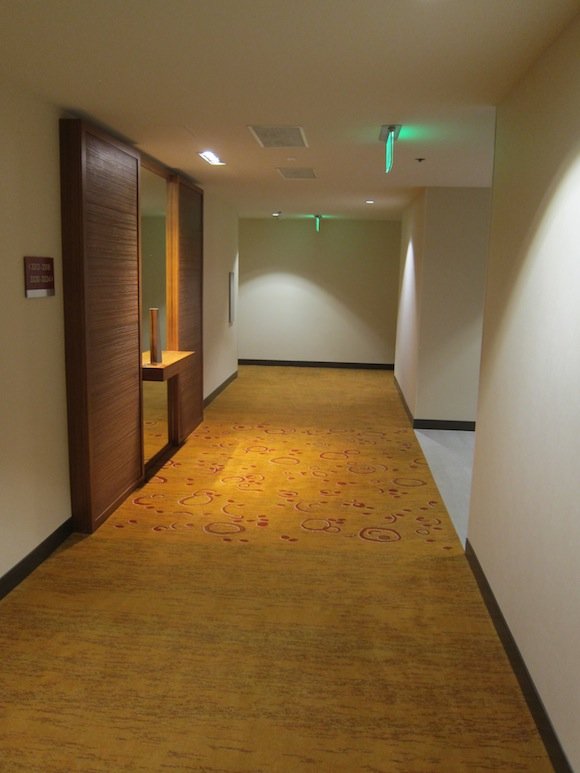 I was assigned room 3312, which was at the far end of the hallway. 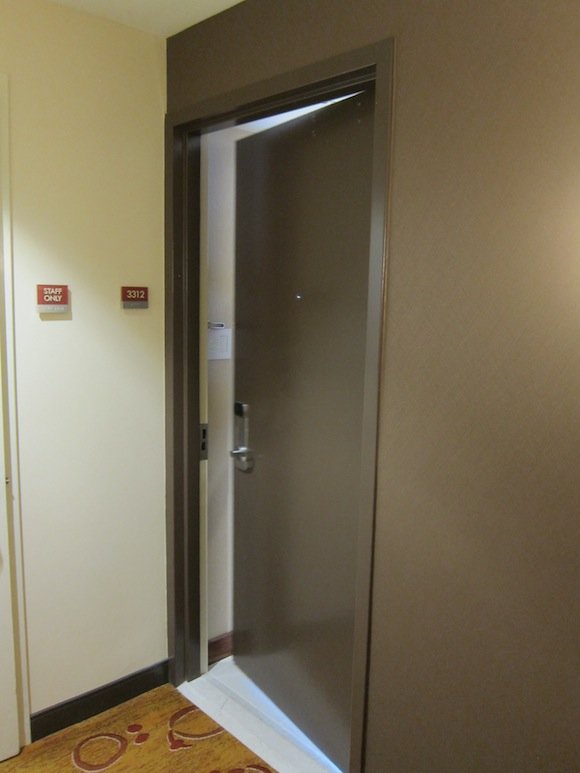 The room felt brand new and featured a really comfortable bed (which I find uncharacteristic of Hyatts for the most part), desk, and flat screen TV. 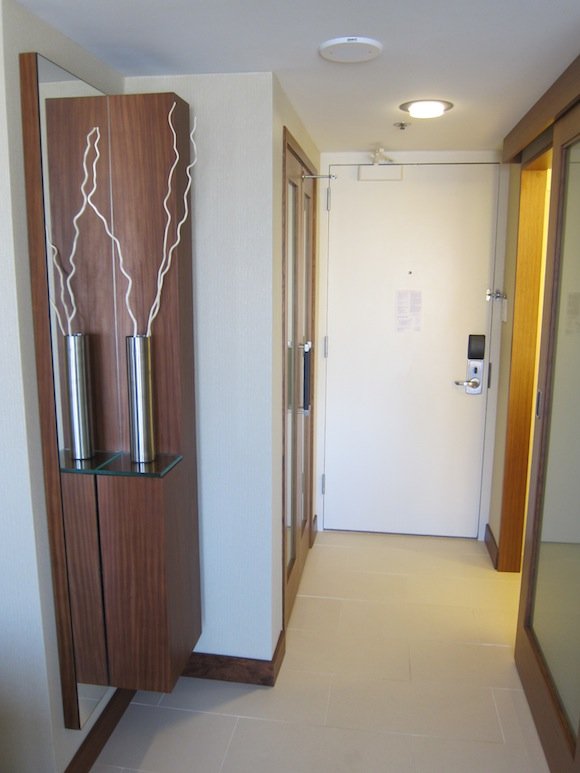 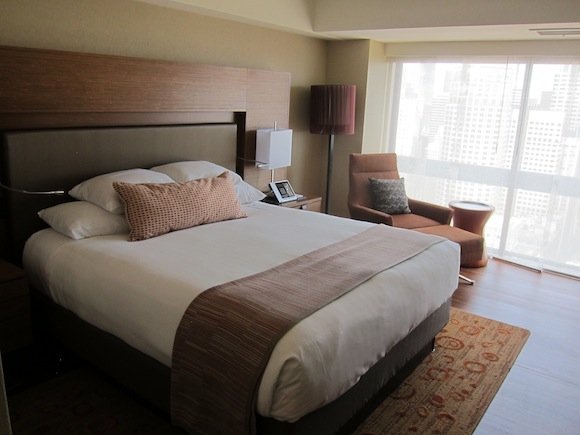 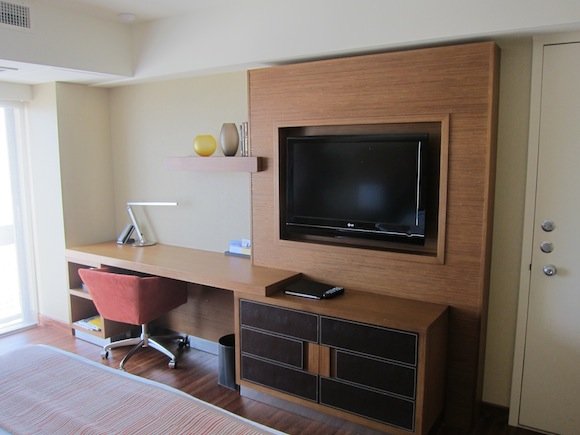 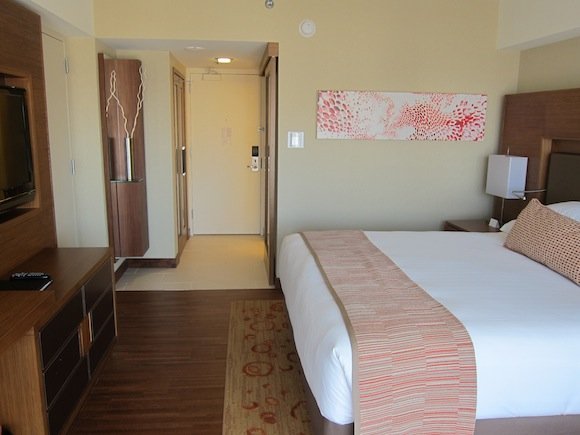 Room from the other side

Most room functions could be controlled from next to the bed, including the legitimate blackout curtains (which I love, and wish more hotels had). 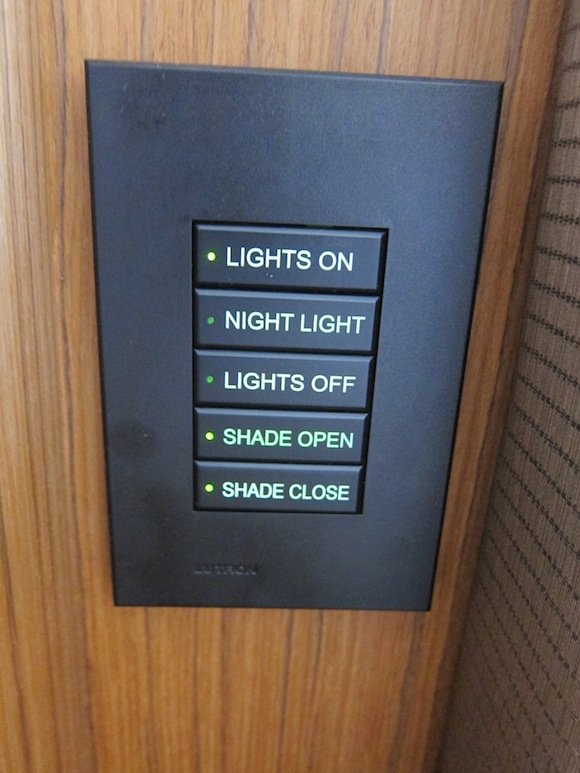 The views from the room were awesome. 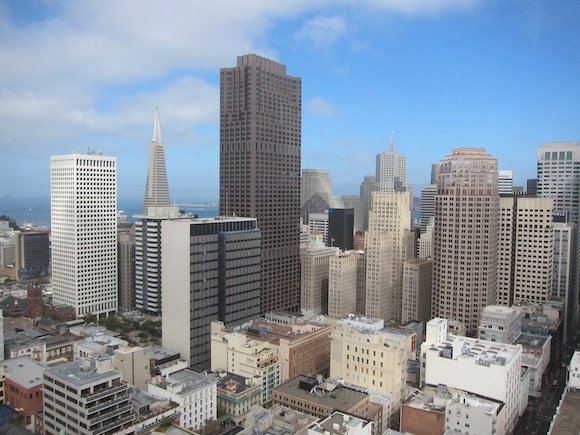 The bathroom was located near the entrance and was on the small side though functional. It featured a large sink, toilet, and large shower with excellent water temperature and pressure. 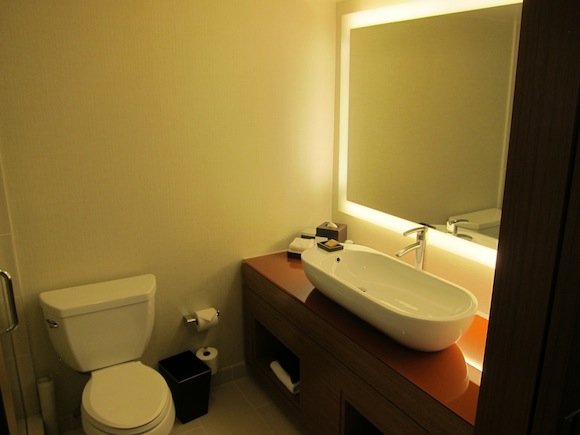 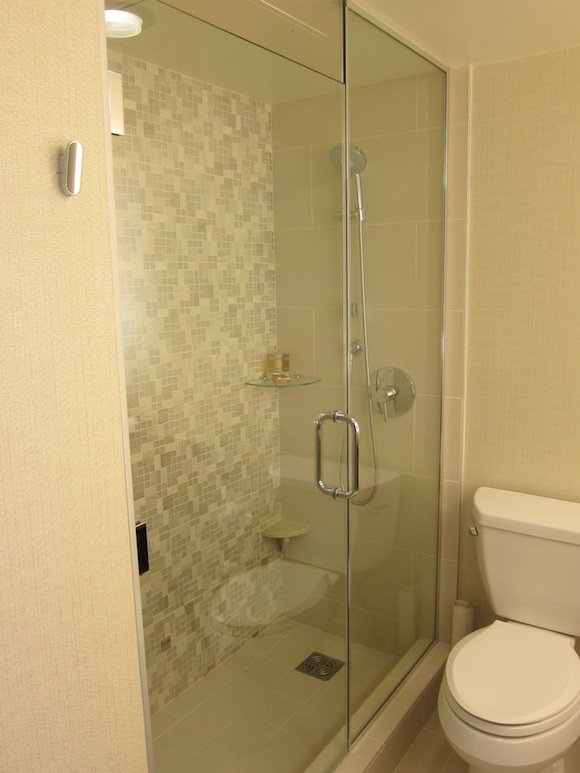 The Grand Club was located on the 32nd floor, and physically was one of the nicest club lounges I’ve seen in the US (only slightly behind the Westin Diplomat). It was spacious, modern, and boasted great views of the city. 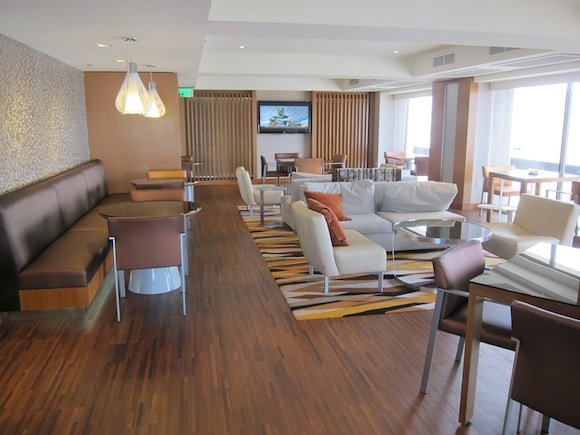 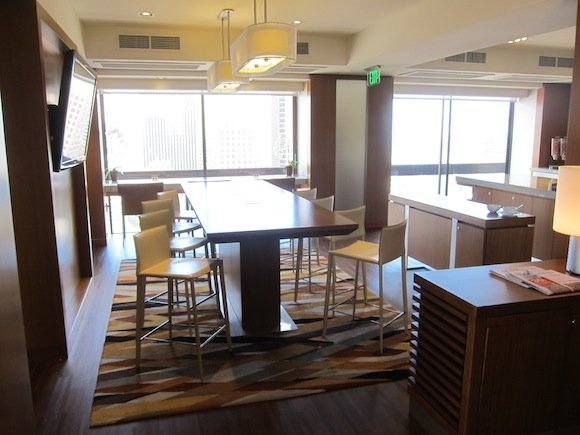 During the day they had fruit, fresh baked cookies (which were too delicious for my own good), and snack mix and nuts out of dispensers. 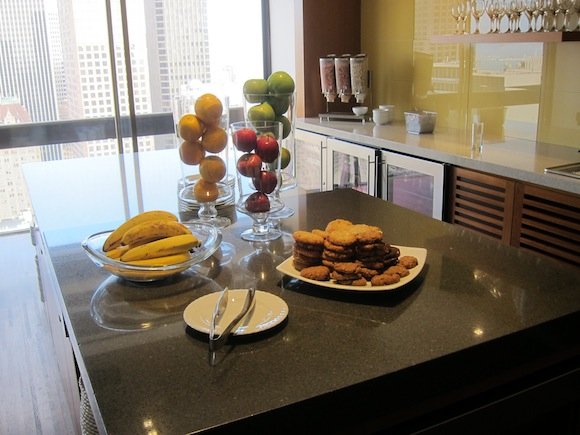 Snacks during the day 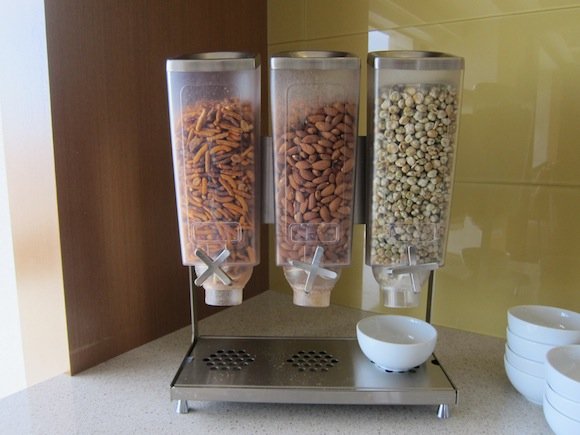 In the evenings from 5PM till 7PM they had a spread and honor bar. The spread was abysmal, and at a certain point I wonder why hotels even bother. Having a Grand Club to begin with is a huge expense given the prime “real estate” it’s occupying. I realize hotels are probably frustrated that they have to “give it away” to Diamond members for the most part, but I have to believe if they invested an extra couple of bucks per person in food more people might actually pay for it.

The only hot dish they had was spinach artichoke dip, which was really bad (health and taste wise). 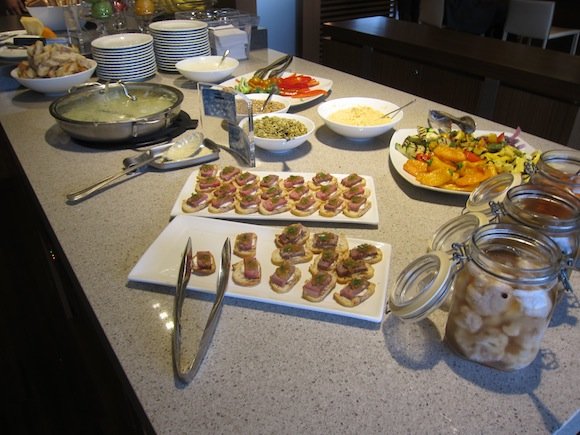 From 7:30PM till 9:30PM they had a dessert spread. That consisted of cookies and some small chocolate desserts. 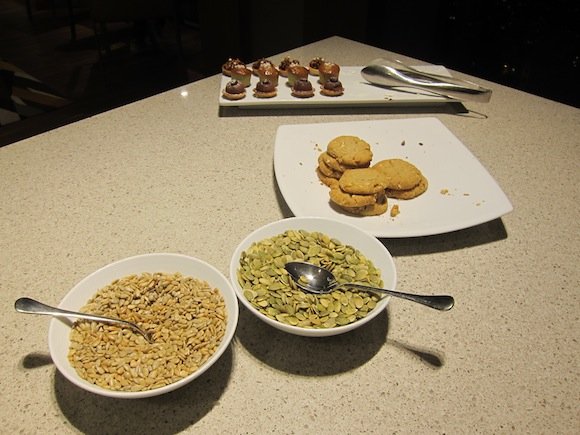 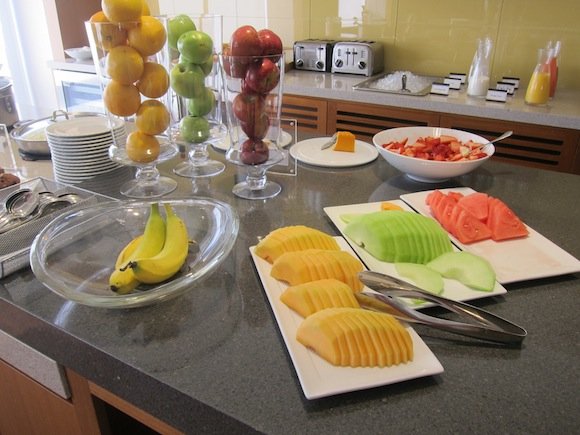 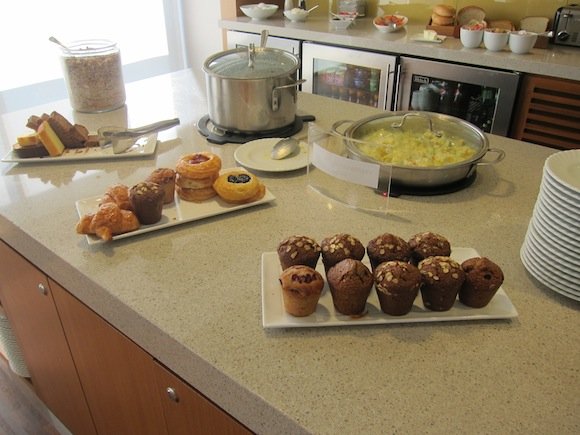 The hotel also had a nice gym with great views of the city. 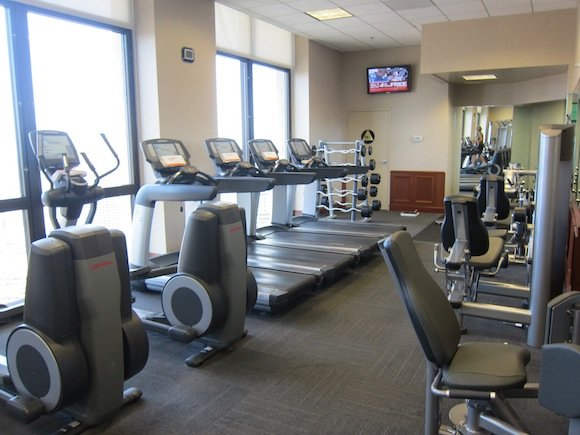 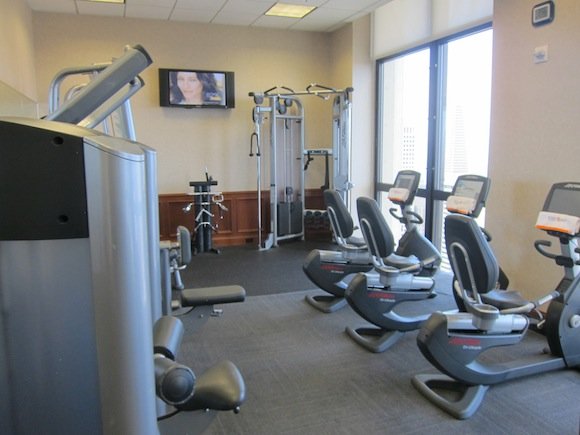 Anyway, this is a great hotel with a convenient location. In the past I kind of just assumed the hotel was old based on the outside, though that’s not the case. I’ll definitely be back.

I love the view from your room and the guest Grand Club. It reminds me of my years living in a high rise in NYC. The food looks pathetic. If I was you, I would venture out of the hotel for my meals. So many great places to eat in SF.

@ carwag25 -- Nope, didn't used a confirmed suite upgrade and wasn't offered one, and of course wasn't expecting it.

No suite? I stayed there back in June, and the hotel checkin was very, very small and on the other side of the hotel. Things have changed over the last 3 months. Suites are also fantastic and very modern.