The transatlantic ultra low cost carrier market sure has been heating up lately, especially with Norwegian and WOW Air. With the new 737MAX and A320neo aircraft in service, we’re going to see even more transatlantic flights operated by small aircraft, which opens up lots of opportunities for ultra low cost carriers to serve point-to-point markets.

The airline has a total of eight A321neo aircraft on order, plus two A321LR aircraft, so they have a bit more room for growth.

Primera Air’s next transatlantic route has just been announced. Primera Air will fly 5x weekly between London Stansted and Washington Dulles as of August 22, 2018. The new route will operate with the following schedule, on Tuesdays, Wednesdays, Thursdays, Fridays, and Sundays:

The flight covers a distance of 3,696 miles in each direction, and the flight is blocked at 8hr55min westbound and 7hr30min eastbound. Nine hours on an A321 is a long time.

Tickets are now for sale at primeraair.com, and fares start at $199 one-way, though that’s based on a roundtrip purchase. Unfortunately the return flight seems to be more expensive, so the cheapest roundtrip fares I’m seeing are ~$480. That’s also the absolute cheapest fare which includes almost nothing, and ticket costs only go up from there. In many cases that’s not significantly cheaper than what other airlines charge. 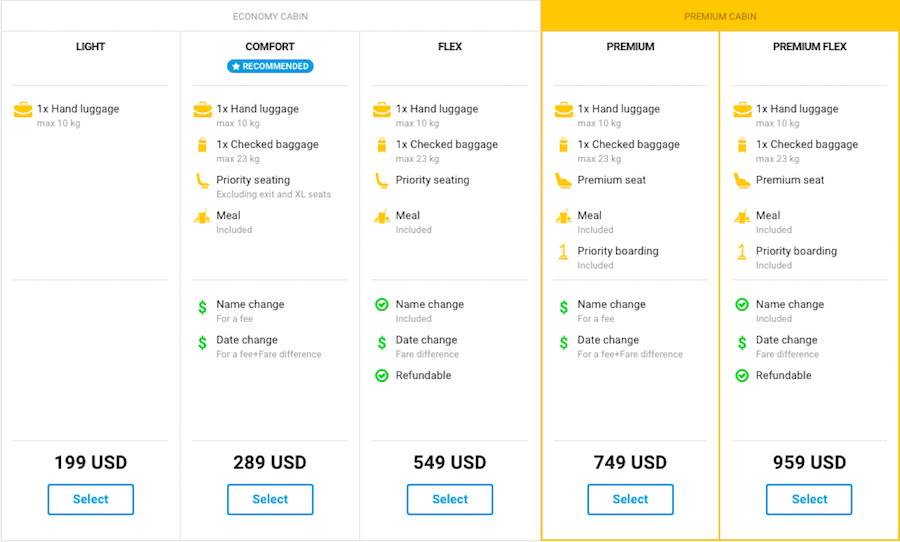 As far as Primera Air’s onboard product goes, they have both an economy and premium economy cabin, as mentioned above. In economy, what’s included depends on the type of fare you book. Premium economy seats look similar to what you’d get in domestic first class in the US, and all of those fares include hand baggage, a checked bag, a meal, and priority boarding. 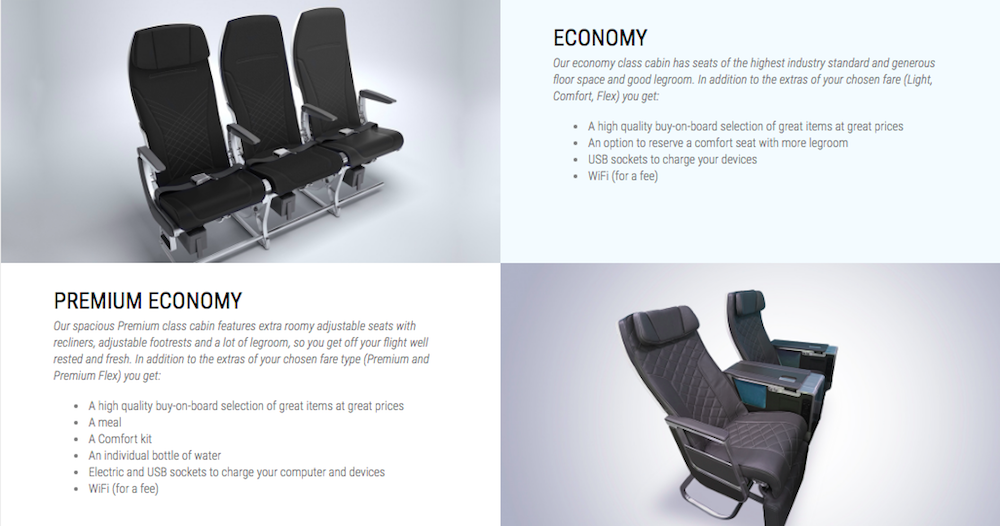 What’s interesting about this announcement is that for Primera Air’s other North American gateways — Boston, Newark, and Toronto — the airline announced service to three European destinations at the same time. In this case they’re only adding a single route out of Washington Dulles. I’m not sure if they’re maxed out based on the planes they have for now, or if they just don’t see potential in the other markets out of Washington Dulles. I guess we’ll find out over time, as it could be that other routes are still coming.

Anyone considering flying with Primera Air between Washington and London?

(Tip of the hat to @ameeriklane)

@ Lumma BHX is “better placed” than STN for who? Not for the people I mentioned - Norwich and Cambridge, pretty much anyone in Norfolk (0.9m) or Suffolk (0.7m) or Essex (1.4m). I’d anyway suggest it’s generally better for people to have more options rather than fewer. Both, rather than one. Cambridge is not huge (120,000) but it’s the UK’s high technology centre generating lots of business traffic. You seriously think those people would find it more convenient to travel via BHX than STN? Primera is not a premium airline - but, as BA’s high profitability shows, convenience is much more important to most pax than the quality of the amenity kit.

From STN. There's no edit option.

Agree with The nice Paul. I live in Suffolk for 6 months of the year and getting to LHR is a pain. AA had a non-stop some years back and I flew it to the States numerous times. That was in business though. Not sure the PE on Primera would coax me away from BA. Yes, even BA.